Access to Justice For Women: India's Response to Sexual Violence in Conflict and Social Upheaval

A 2014 report by the Special Rapporteur on Violence Against Women on gender-based crimes describes the female experience in India as consisting of a "continuum of violence...from the 'womb to the tomb.'" According to Indian government data, a woman is raped in the country approximately every twenty minutes. Women and girls are especially vulnerable to sexual violence during armed conflict and mass violence. Indeed, gender-based crime is a common feature of the armed conflict and mass violence that has marred India since independence.

This report examines emblematic case examples from conflict zones and incidents of mass violence to understand how the Indian State responds to sexual violence against women and girls in these contexts. The goal of this report is to analyze the efforts of women victims of sexual violence and their allies to access justice in these contexts and to identify emblematic ways the Indian legal system succeeded or failed to provide effective redress. 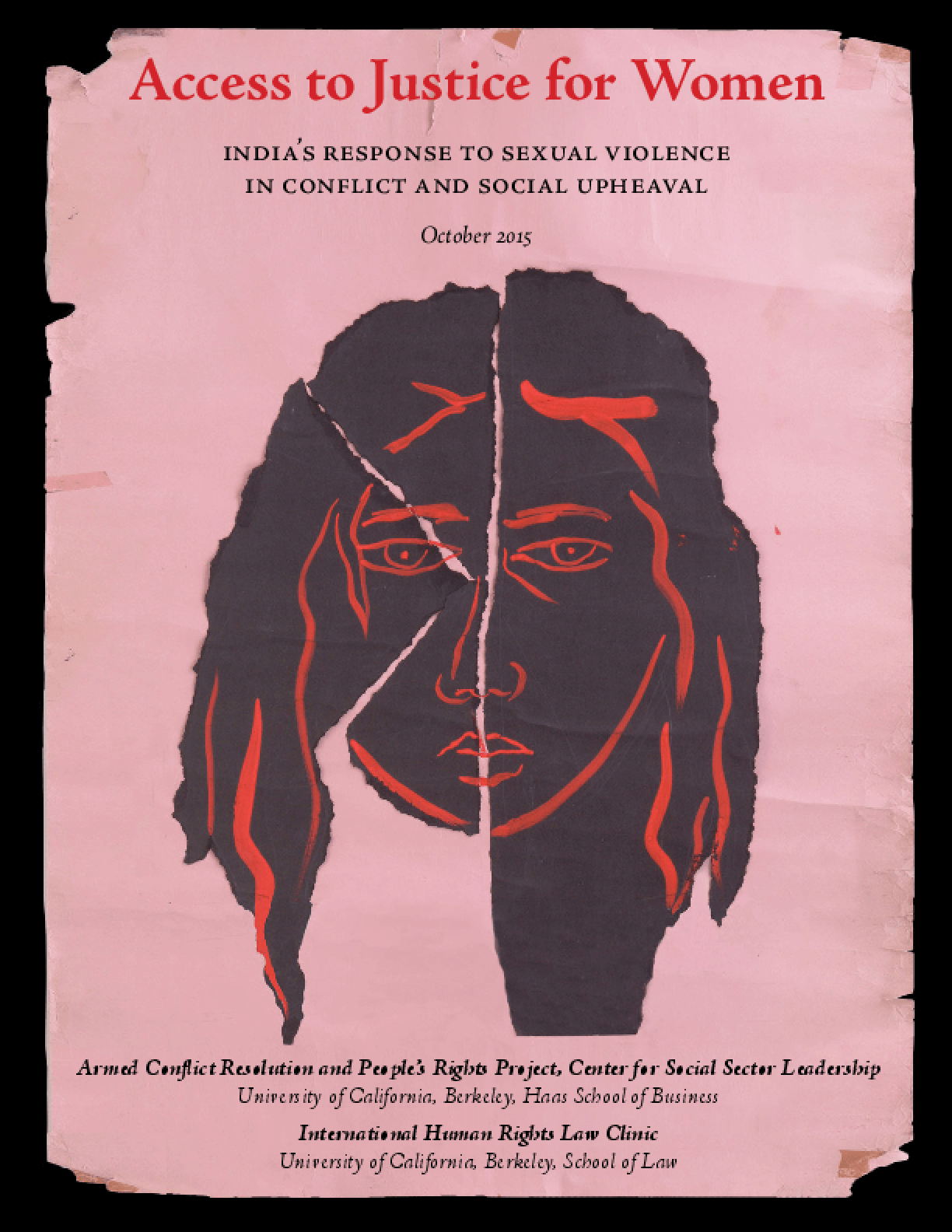