Most of the border-enforcement and immigration-reform proposals currently being considered in Washington, DC, are not comprehensive or adequate solutions to the issue of undocumented immigration. The process of North American economic integration, and development within Mexico itself, create structural conditions that encourage Mexican migration to the United States. However, the multilateral agreements that have paved the way for this integration -- the 1994 North American Free Trade Agreement (NAFTA) and the 2005 Security and Prosperity Partnership of North America (SPP) -- do not adequately deal with the issue of labor migration. Real security and prosperity for all three NAFTA partners requires incorporating an agreement on labor migration into the project of North American economic integration. Without such a labor accord, additional security measures along the U.S.-Mexico border will not be successful in reducing undocumented migration. Multilateral cooperation is particularly important in an era where security threats, such as terrorism, extend across North America's collective borders. Among the findings of this report: The near-tripling of U.S.-Mexico trade in the post-NAFTA period has been closely matched by a dramatic increase in undocumented immigration from Mexico to the United States, from an average of 260,000 per year during the 1990-94 period to approximately 485,000 per year in the 2000-2004 period. U.S. lawmakers should evaluate the lessons of the European experience in managing migration -- particularly the dual approach of development assistance to reduce migratory pressures and strengthened regional border control. Transnational criminal networks will continue to undermine border-control efforts as long as these efforts are viewed exclusively as a national concern and are separated from complementary policies on aid, trade, development, and governance. U.S. lawmakers should consider three policy options: a well-designed guest worker program that includes a path to citizenship; the temporary expansion of permanent legal immigration to meet U.S. labor needs; and the creation of NAFTA immigration visas. In the absence of a comprehensive solution to the problem of undocumented immigration, in a few short years we may again find ourselves at a familiar juncture: listening to the same tired political arguments for and against some sort of temporary worker program, amnesty, or both. 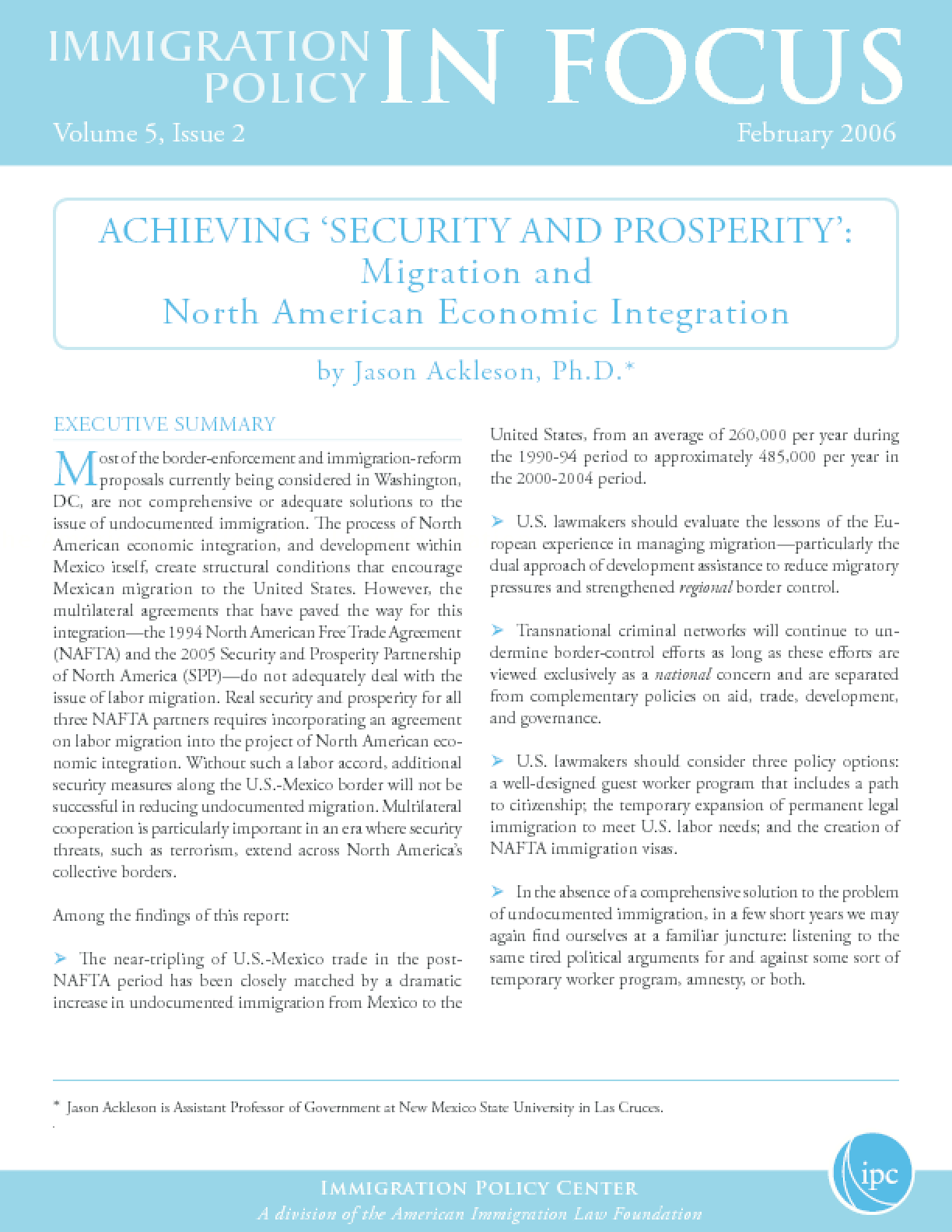