This paper sets out findings from WaterAid's research in East Asian states on the political economy of sanitation and hygiene services that delivered total coverage within a generation. The purpose of this research is not to claim blueprints for success; the specifics of each case show the contextual nature of sanitation transformation. However, the intention is to galvanise and frame the emerging dialogue in the sanitation and hygiene sectors in how to achieve the necessary radical 'step-change' in progress, to deliver universal access to services by 2030. 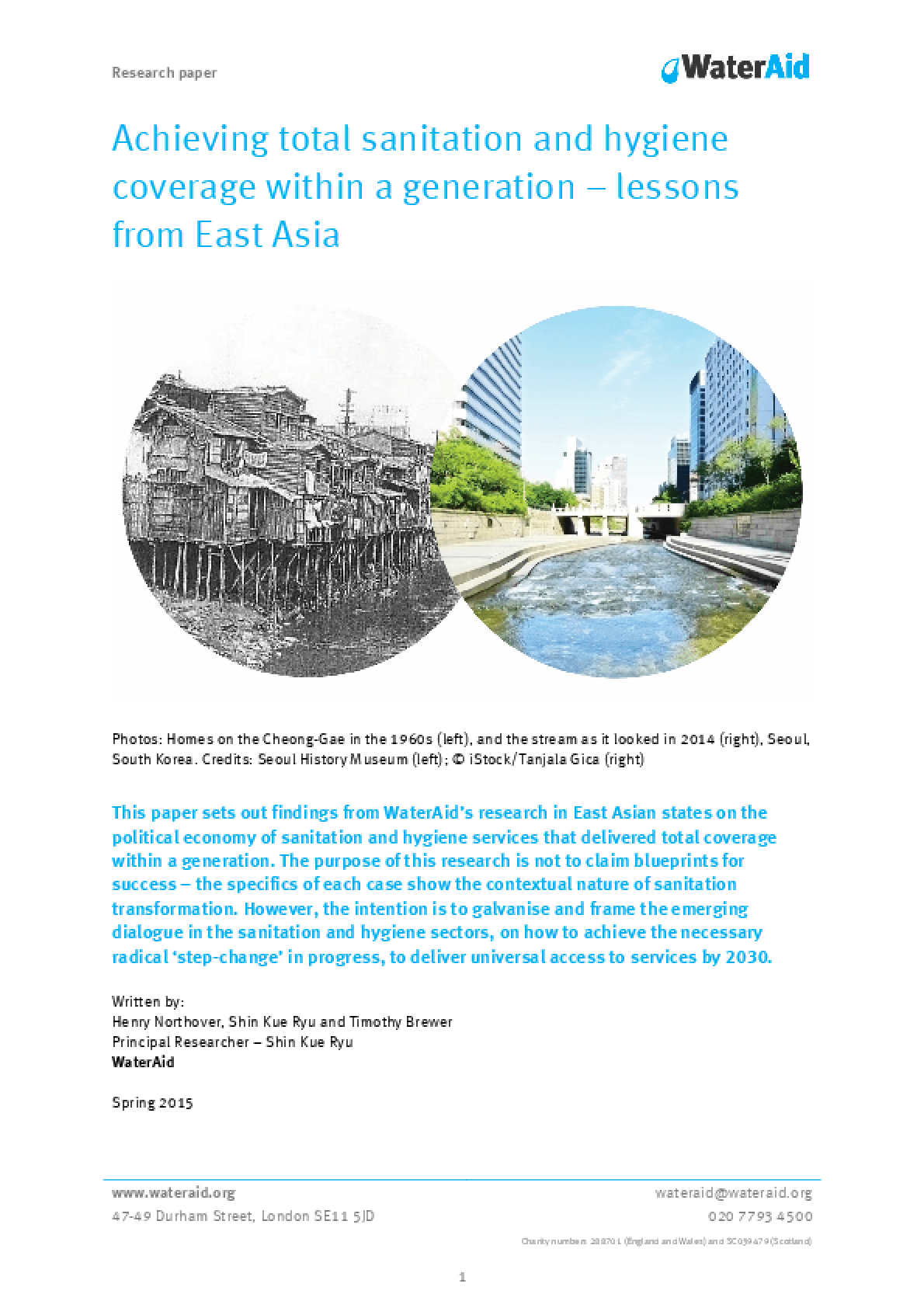