Action on Social Security: The Urgent Need for Delay

There is enormous public confusion (much of it deliberately cultivated) about the extent of Social Security's projected shortfall. Many policymakers and analysts point out that projections from the Congressional Budget Office and the Social Security Trustees show the program to be out of balance in the long-term, therefore we would be best advised to make changes as soon as possible. This paper argues that supporters of the existing Social Security system should try to ensure that no major changes to the core program are implemented in the immediate future. It points out that: 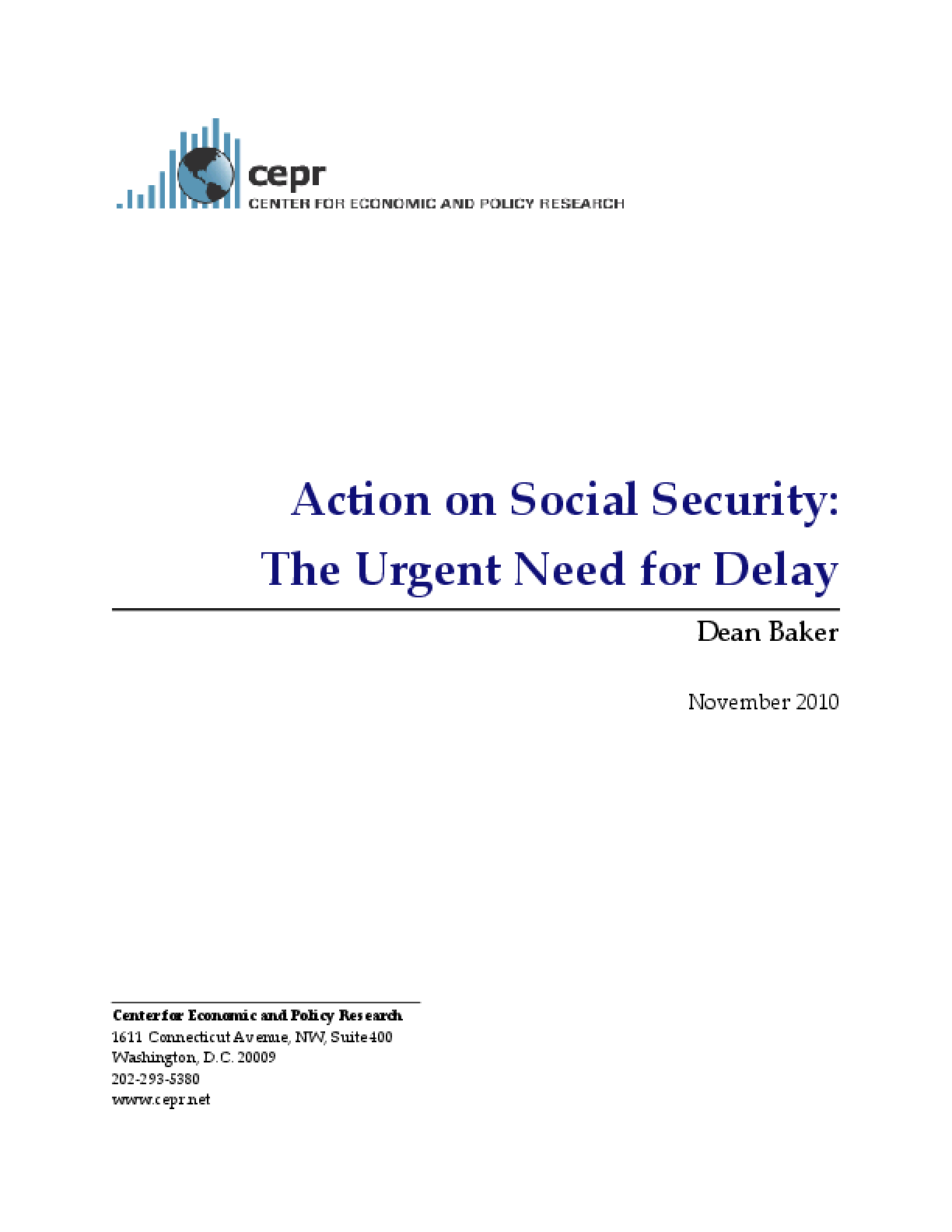