Addicted to Punishment: The Disproportionality of Drug Laws in Latin America

In Latin America, trafficking cocaine so it can be sold to someone who wants to use it is more serious than raping a woman or deliberately killingyour neighbor. While it may seem incredible, that is the conclusion of arigorous study of the evolution of criminal legislation in the region, which shows that countries' judicial systems mete out harsher penalties for traffickingeven modest amounts of drugs than for acts as heinous as sexua lassault or murder. How have we reached such an unjust and irrational point? In recent decades, especially the 1980s, Latin American countries, influenced by aninternational prohibitionist model, fell -- ironically -- into what we mightmetaphorically call an addiction to punishment. Addiction creates the need to consume more and more drugs, whichhave less and less effect; ultimately, the problematic user simply consumesdrugs to avoid withdrawal. Drug legislation in Latin America seems to have followed a similar path. Countries have an ever-growing need to add crimes and increase the penalties for drug trafficking, supposedly to control an expanding illegal market, while this increasingly punitive approach has less and less effect on decreasing the supply and use of illegal drugs. This report explores whether the recent evolution of criminal legislation in Latin American countries with regard to drug-related conducts respects these minimal guarantees to which criminal law should be subject, and especially whether that criminal legislation can be considered proportionate to the harm caused by prohibited conducts. Ultimately, the question is whether the crimes and punishments outlined in national legislation are proportionate. If the answer is no, the conclusion should be that they may even be unconstitutional within the framework of a constitutional state. To address this question, the report explores the recent development of criminal laws on drug-related crime in seven Latin American countries: Argentina, Bolivia, Brazil, Ecuador, Colombia, Peru and Mexico. These countries were chosen based on two basic criteria. First, they are of academic importance, because they have different drug-related problems, different geographic locations, diverse contexts and different political systems. According to traditional categorization, Colombia, Peru and Bolivia are considered producer countries; Mexico and even Brazil are considered trans-shipment countries. They also represent the different regions of Latin America,from the Southern Cone to the furthest Spanish-speaking country in North America. This report has three main parts. The first provides a conceptual and methodological overview of the elements that form the basis of the analysis.The second describes the principal recent trends in criminal drug legislation in Latin America. The third analyzes the proportionality of drug-related crimes and punishment in the countries, comparing them with penalties for other serious crimes, followed by some conclusions. 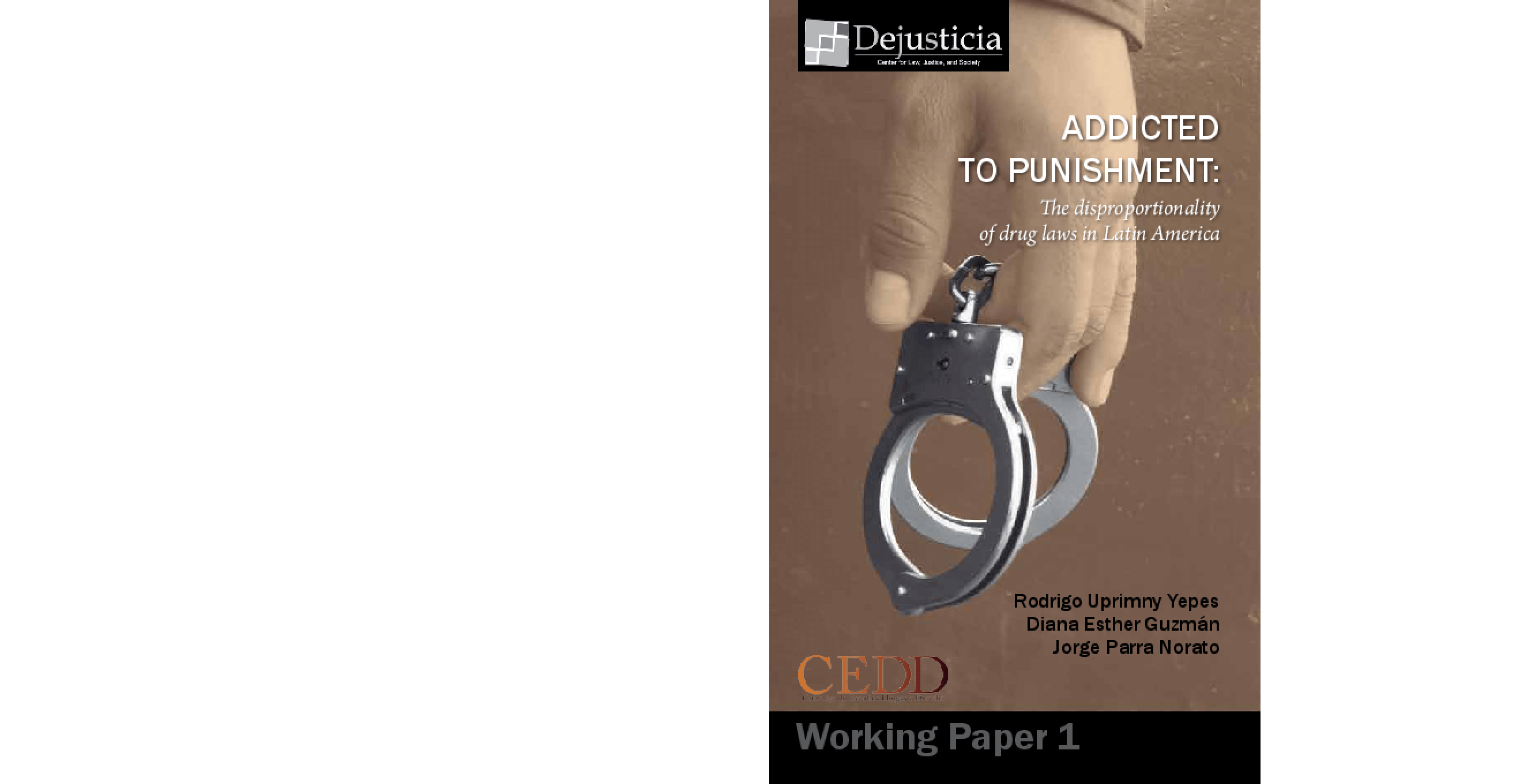