The EIC is a refundable tax credit that operates through the federal individual income tax system. It is available to low-income, working taxpayers. The credit was originally designed to offset the impact of Social Security taxes. It has since evolved into a work incentive for low-income workers, a benefit for children of low-income workers, and an income supplement for low-income taxpayers without children. Each of these new roles has increased the complexity of the credit and compliance problems. The most recent IRS study of EIC noncompliance estimates that there were $4.4 billion in EIC overclaims between January 15 and April 1, 1995. This is 25.8 percent of total EIC claims. EIC overclaims are claims by taxpayers who either were not eligible to take the credit or claimed a larger credit than they were eligible to claim. 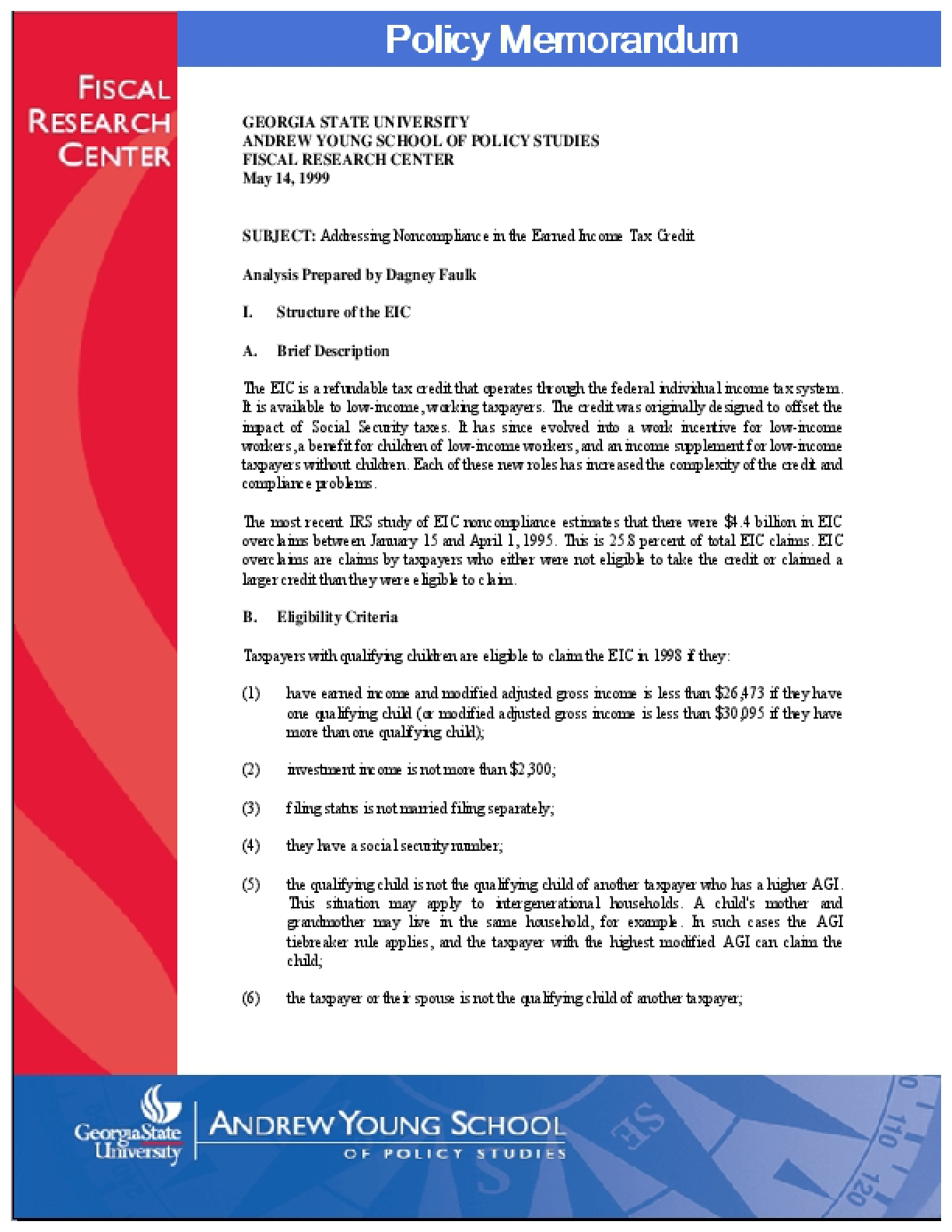