For decades, colleges and universities have struggled to increase participation of minority anddisadvantaged students. Urban school districts confront a parallel challenge; minority and disadvantaged students are underrepresented in selective programs that use merit-based admission. In their referral and admission policies to such selective programs, school districts may potentially set different admission thresholds based on income and race (affirmative action), and they may potentially take account of differences in achievement relative to ability across race and income groups (profiling). We develop an econometric model that provides a unified treatment of affirmative action and profiling. Implementing the model for an urban district, we find profiling by race and income, and affirmative action for low-income students. Counterfactual analysis reveals that these policies achieve more than 80% of African American enrollment that could be attained by race-based affirmative action. 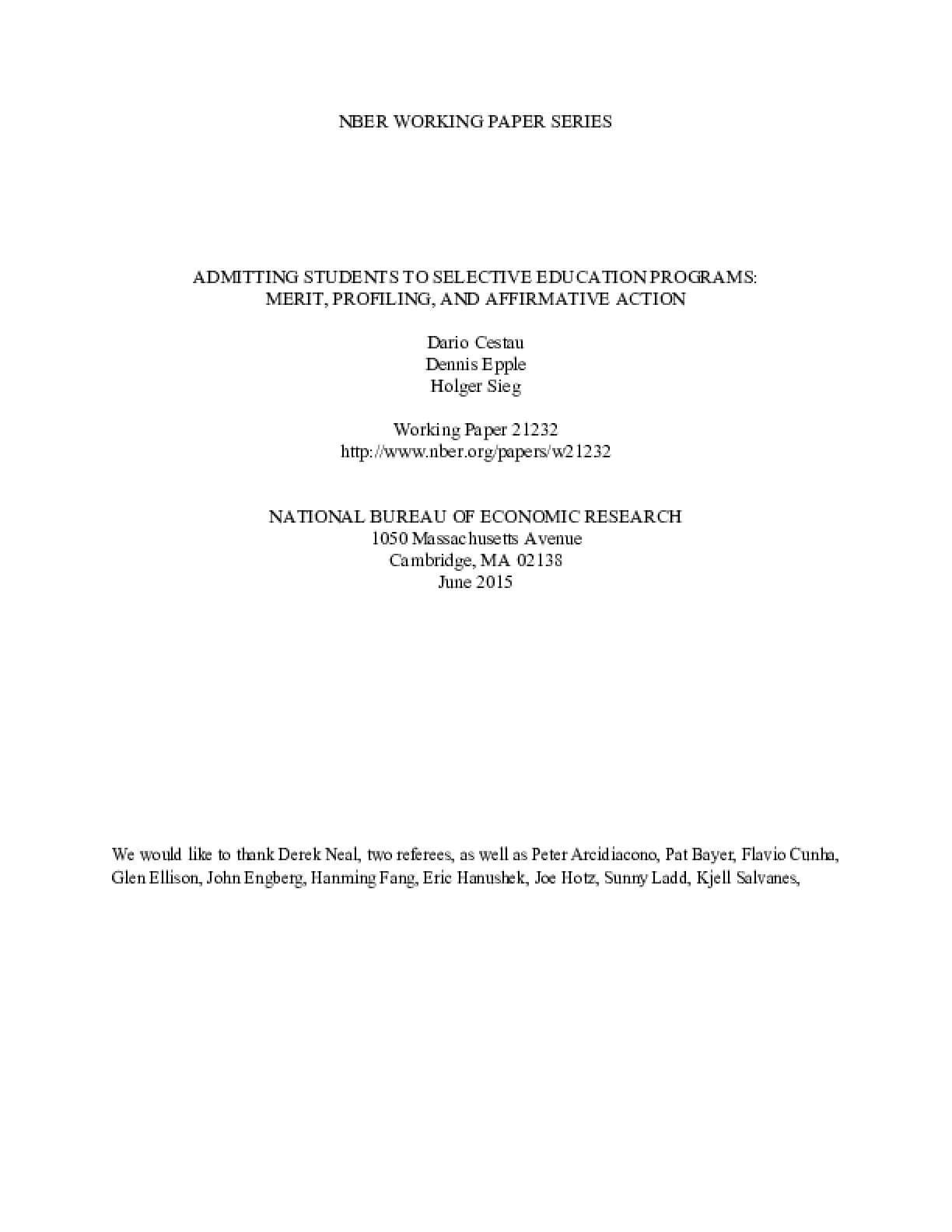