by Joseph A. Rochford

In March of 2005, Ohio's high school sophomores will take the new Ohio Graduation Test (OGT) for the first time - for keeps. For these students (and those who come after) the OGT will be the gateway to a high school diploma, post secondary education, good paying jobs and successful careers. Failure to pass the OGT will leave the limited options of a Graduate Equivalency Diploma (GED) or a complicated appeals process. While a high stakes graduation exam is not new to Ohio, this test is different. By all indications it is far more rigorous than the old Ninth Grade Proficiency Test, there are less opportunities to re-take the test, and it is geared to measure an extensive set of new academic content standards. Tests like the OGT are part of what has become known as the "standardsbased" reform movement in education. Simply put, they allow states to measure whether or not students are learning according to whatever set of standards, benchmarks and indicators are adopted by that state. They also help meet, in part, the reporting requirements of the Federal "No Child Left Behind" (NCLB) Act. Such tests, however, are not without problems. Most problematic is their relevancy to what is required by higher education and the workforce. Ohio has a new, evolving, P-16 agenda. Placing 39th among states in four-year college degrees, Ohio must begin to reconsider the entire continuum of education and the workforce to insure its economic future. If educational systems are to be productive, serious questions emerge as to such issues as loss of instructional time due to testing, costs of such tests and whether or not such tests are "productive" from the aspect of improving instruction or promoting access to college and post secondary instruction. What if a single test in Ohio could meet several needs at once? What if a test could not only measure Ohio's K-12 academic standards, but also serve for college admission and (given that the basic skills needed for both college and the workplace are now virtually the same) career entry? The purpose of this study was to see whether or not the ACT test, or a combination of ACT's EPAS System or WorkKeys Assessment could, with some additions, serve this purpose. The major finding of the study is that the ACT assessments (social studies excluded) do an adequate to excellent job of measuring Ohio's academic content standards at the 10th grade and beyond into the 11th and 12th grades. When certain Ohio benchmarks are eliminated, the match becomes even more compelling. 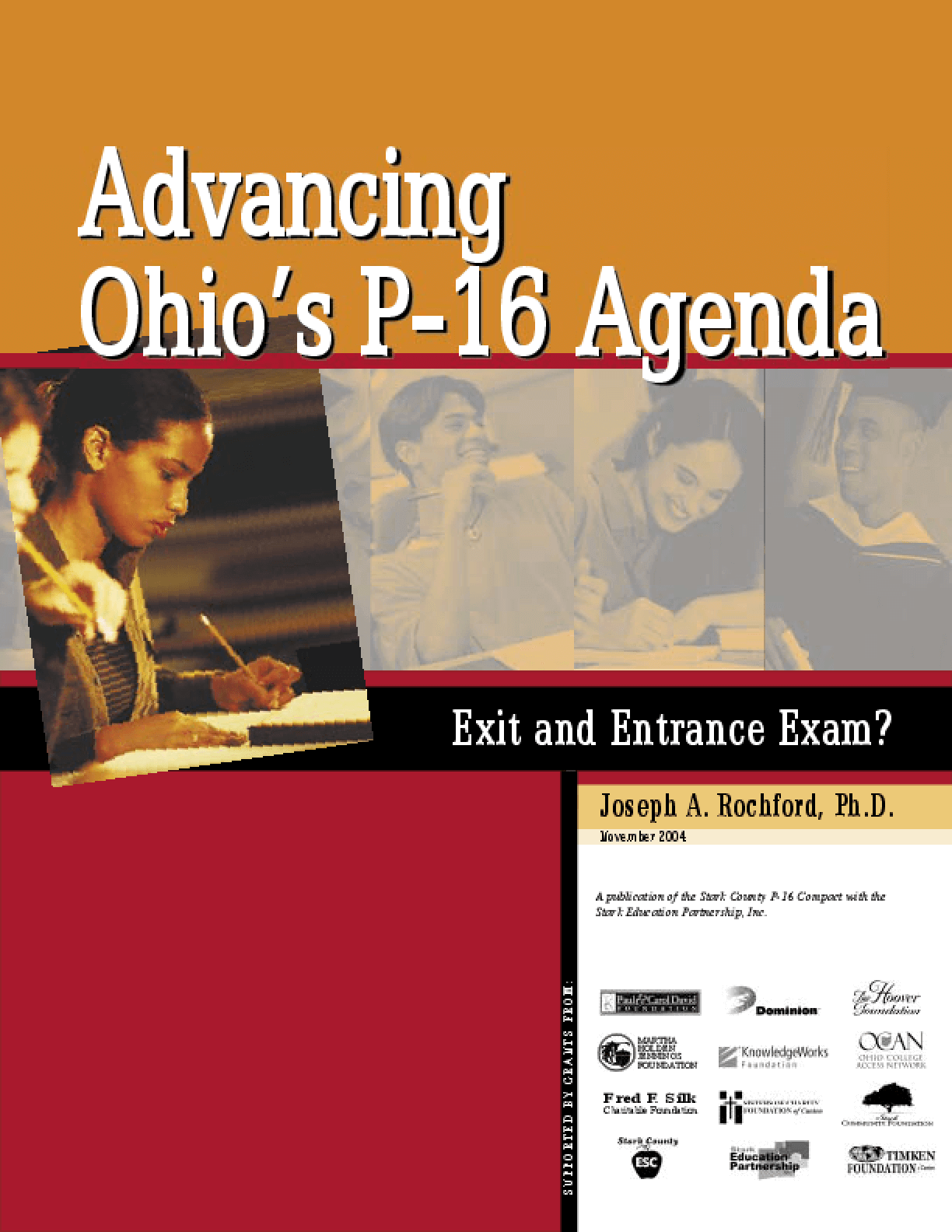