Currently, no statewide law explicitly prohibits discrimination against people whose appearance or identity does not conform to gender stereotypes. This means that people who are fired from their jobs, denied housing and services, and mistreated in the workplace, in stores and in restaurants merely because of theirappearance or gender identity do not have clear legal protection. The Gender Expression Non-Discrimination Act (GENDA) would fix this problem by adding gender identity and gender expression to the categories currently included in New York State's antidiscrimination laws, such as sex, sexual orientation, race, religion and disability. This report explains why the legislature should pass GENDA. 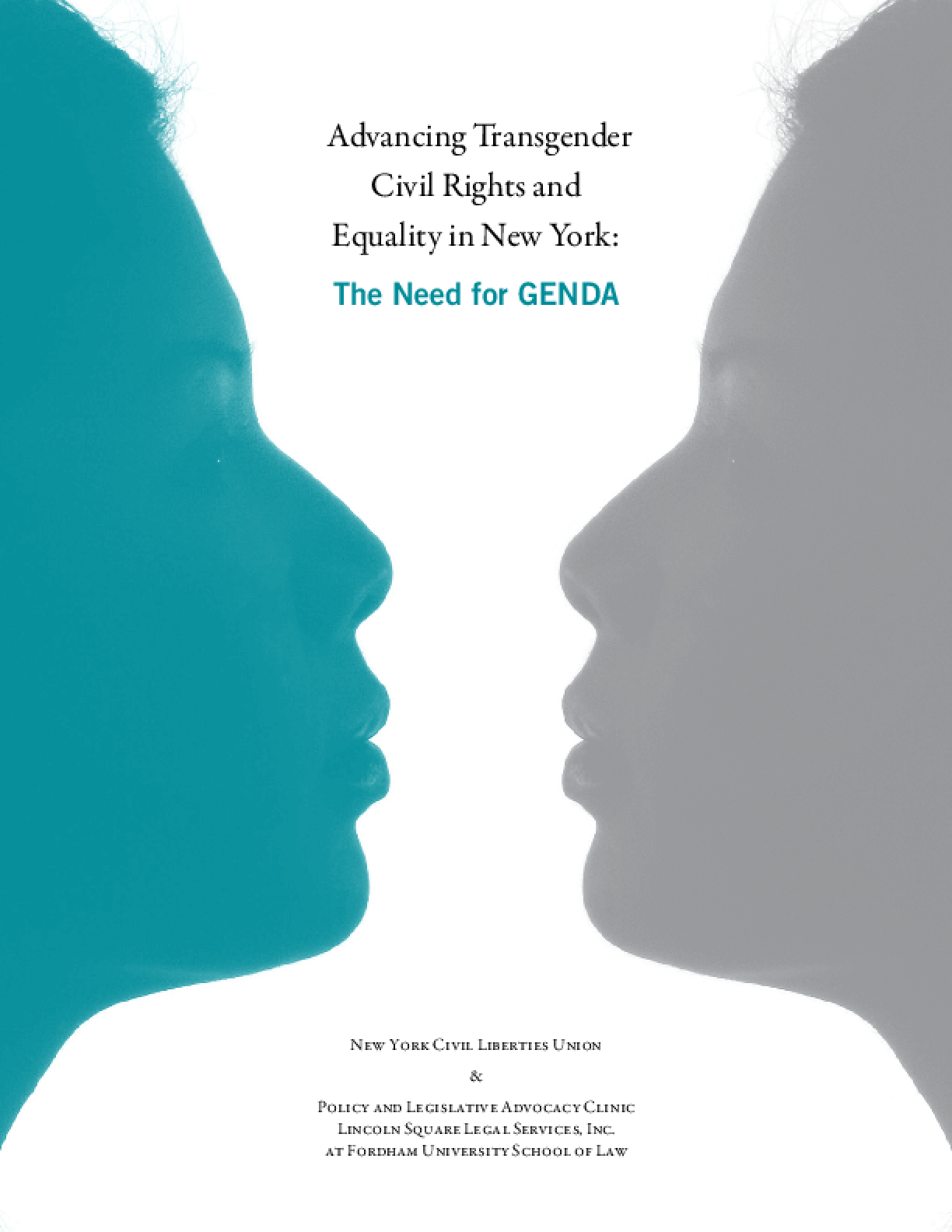