Adverse childhood experiences (ACEs) are potentially traumatic events that can have negative, lasting effects on health and well-being. These experiences range from physical, emotional, or sexual abuse to parental divorce or the incarceration of a parent or guardian. A growing body of research has sought to quantify the prevalence of adverse childhood experiences and illuminate their connection with negative behavioral and health outcomes, such as obesity, alcoholism, and depression, later in life. However, prior research has not reported on the prevalence of ACEs among children in a nationally representative, non-clinical sample. In this brief, we describe the prevalence of one or more ACEs among children ages birth through 17, as reported by their parents, using nationally representative data from the 2011/12 National Survey of Children's Health (NSCH). We estimate the prevalence of eight specific ACEs for the U.S., contrasting the prevalence of specific ACEs among the states and between children of different age groups. 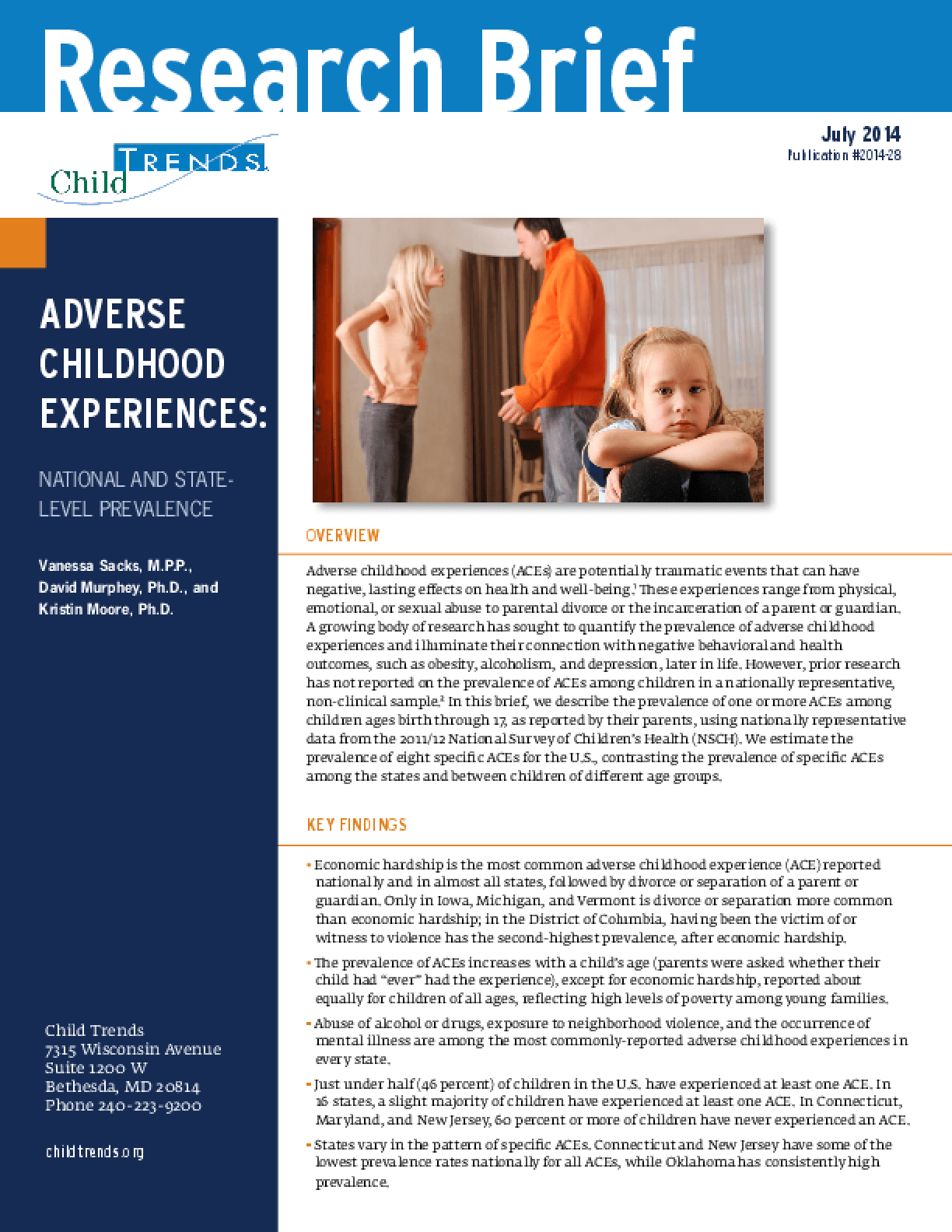