This report examines the data, literature, and policy around suspensions of African American male students to uncover and better understand the disparities between this group and all other ethnic and gender groups. This report analyzes one year of suspension data from the Oakland Unified School District (OUSD, 2010-11), looking at suspensions by demographics, grade level, school level, and types of offenses. 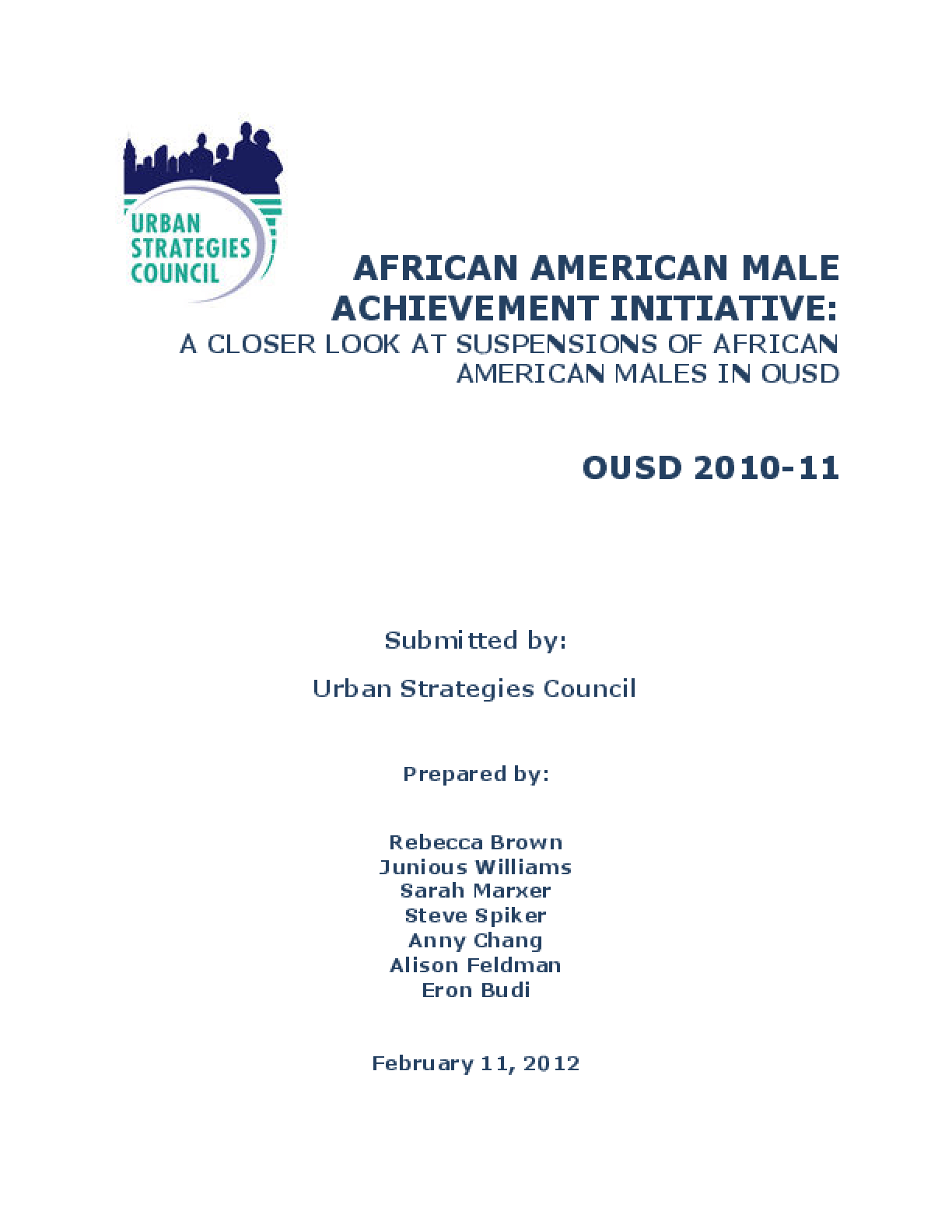