After-Action Assessment of the Police Response to the August 14 Demonstations in Ferguson, Missouri

In September 2014, at the request of Chief Jon Belmar of the St. Louis County Police Department, the Office of Community Oriented Policing Services agreed to conduct an after-action review of the regional police response to massdemonstrations following the shooting death of Michael Brown in Ferguson, Missouri.

This report summarizes the independent, objective and candid review of police activities for the 17 days followingthe death of Michael Brown. It delves into how the police managed the mass demonstrations in Ferguson and provides48 findings and more than 100 lessons learned.

The goal of the assessment was to examine the police response to the mass gatherings, identify significant findings about critical decisions and practices, and develop lessons learned that law enforcement agencies nationwide can use to help build trust, improve relationships, and protect civil rights in the communities they serve. The assessment team reviewed a wide range of documents, including a content analysis of policies, procedures, computer-aided dispatch logs, training materials, training records, arrest records, and other relevant documents from each of the four core law enforcement agencies. The team also performed a content analysis on related news stories, photographs, and videos. The latter two were the most valuable for providing and confirming evidence of practices and facts. 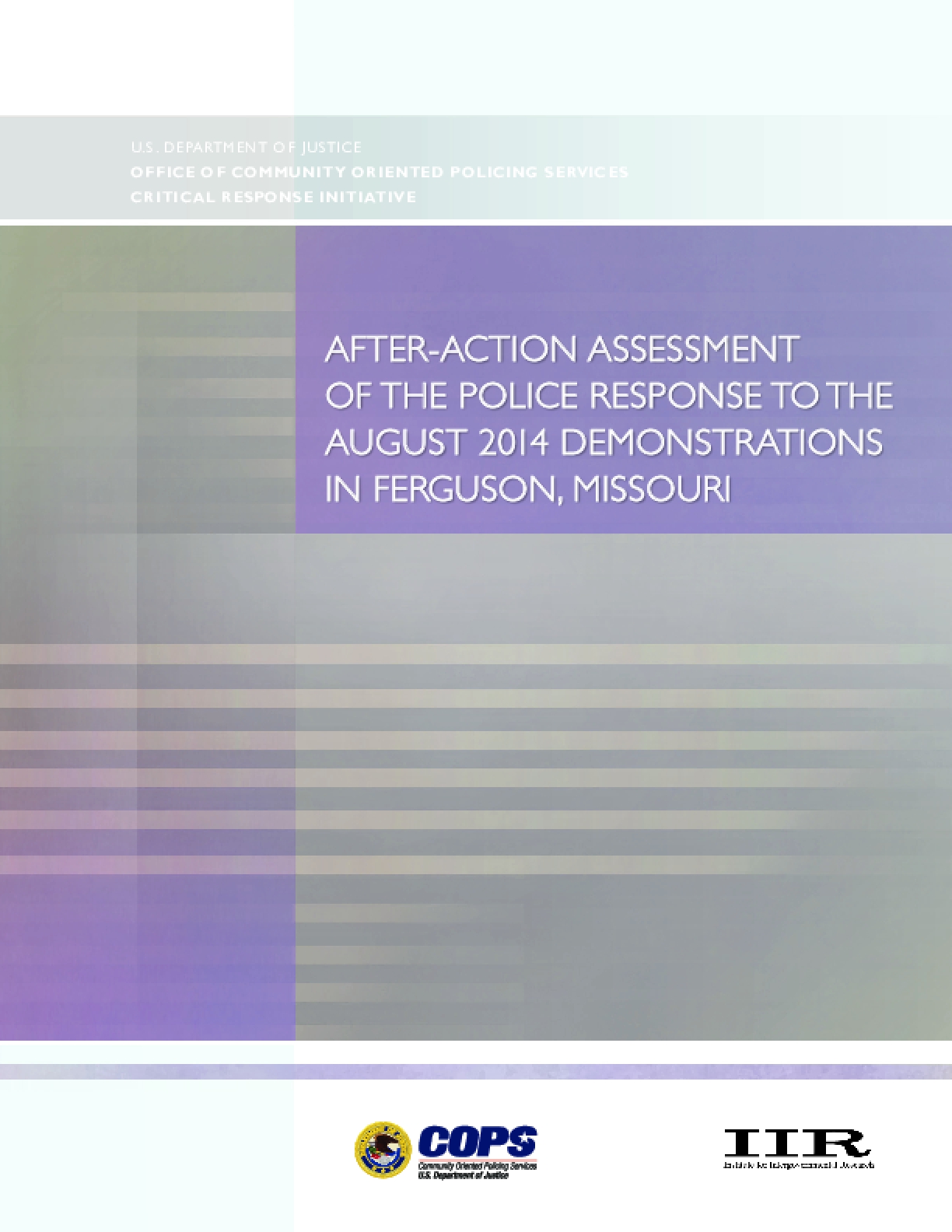