The vitality of our democracy is being sapped by a rising tide of political spending and a pervasive emphasis on money in the political process. Our political system has taken on the character of a permanent campaign in which elected officials are engaged in a continual chase for campaign dollars and interest groups raise and spend increasingly large sums to gain policy influence. The result is a political environment in which electoral concerns are predominant in policy deliberations and the need for campaign money too often shapes policy actions. Such a system does not serve the best interests of the nation or the business community. 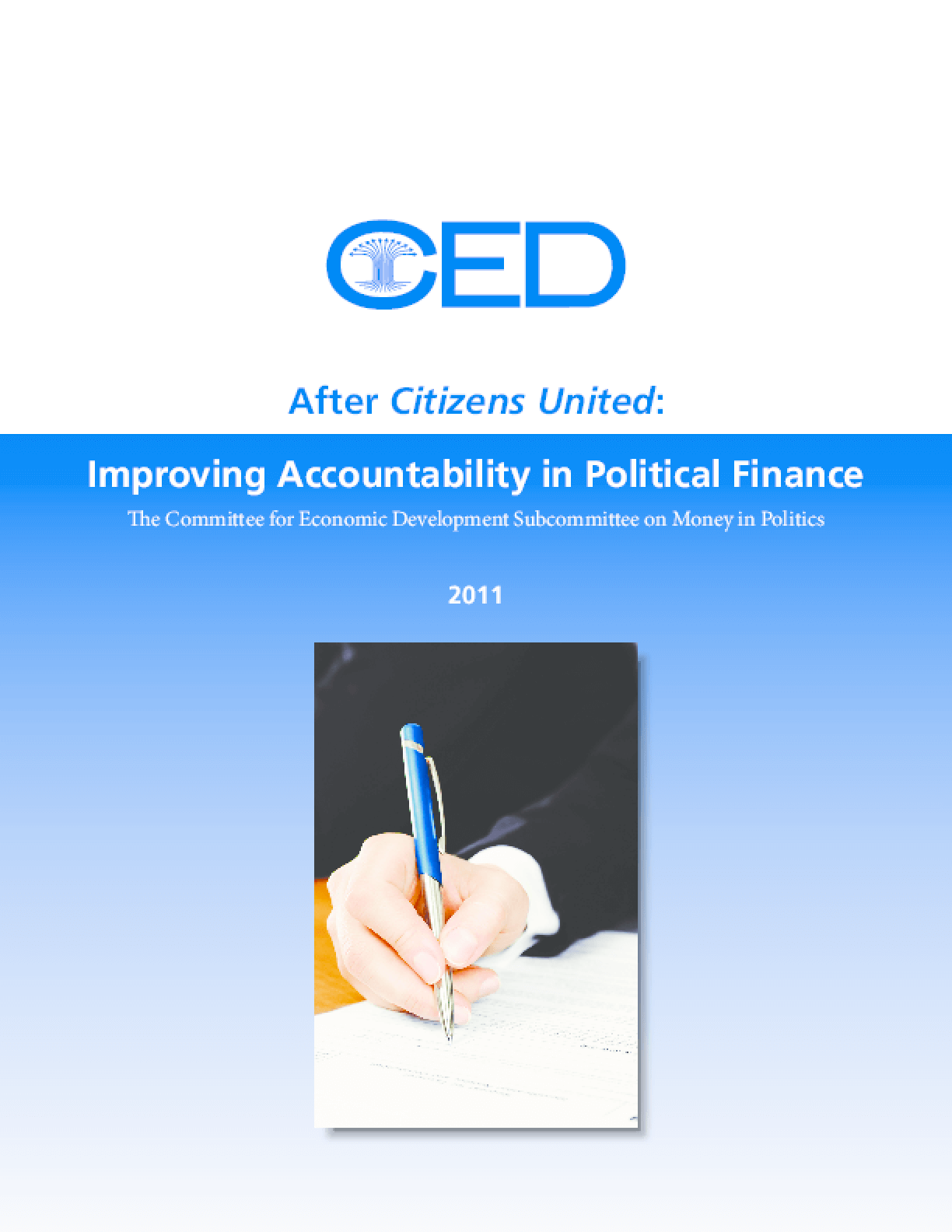