After Citizens United: The Story in the States

Since 2010, outside spending in state elections has increased dramatically, according a report by the Brennan Center for Justice, a MacArthur grantee. In campaigns for state and local office, the difference between outside spending and that of candidates and campaigns is often even more porous than in federal elections. "After Citizens United: The Story in the States" investigates the prevention of non-candidate spending abuses in 15 states, revealing a pervasive set of poorly designed laws with a few states promoting tougher enforcement. 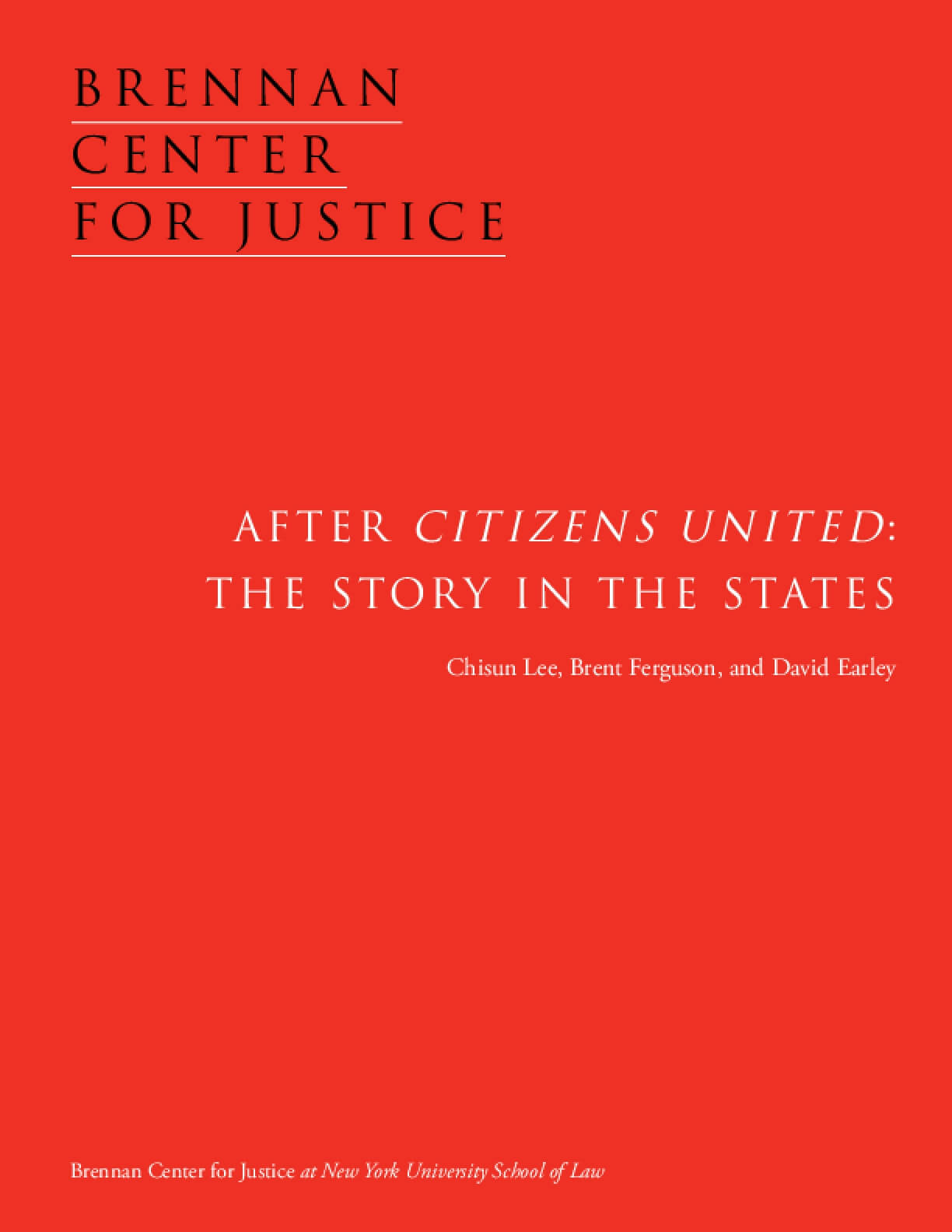