The U.S. economy lost 8.7 million jobs between December 2007 and January 2010. Sixty-nine percent of the jobs lost during the recession were held by men, and the employment rate of married fathers (whether working full or part time) with employed wives decreased from 92 percent in 2005 to 88 percent in 2011. The large job losses and persistently high unemployment from the Great Recession and its aftermath prompted families to adapt to financial hardship and reallocate fathers' and mothers' time spent in the labor force and in the home. 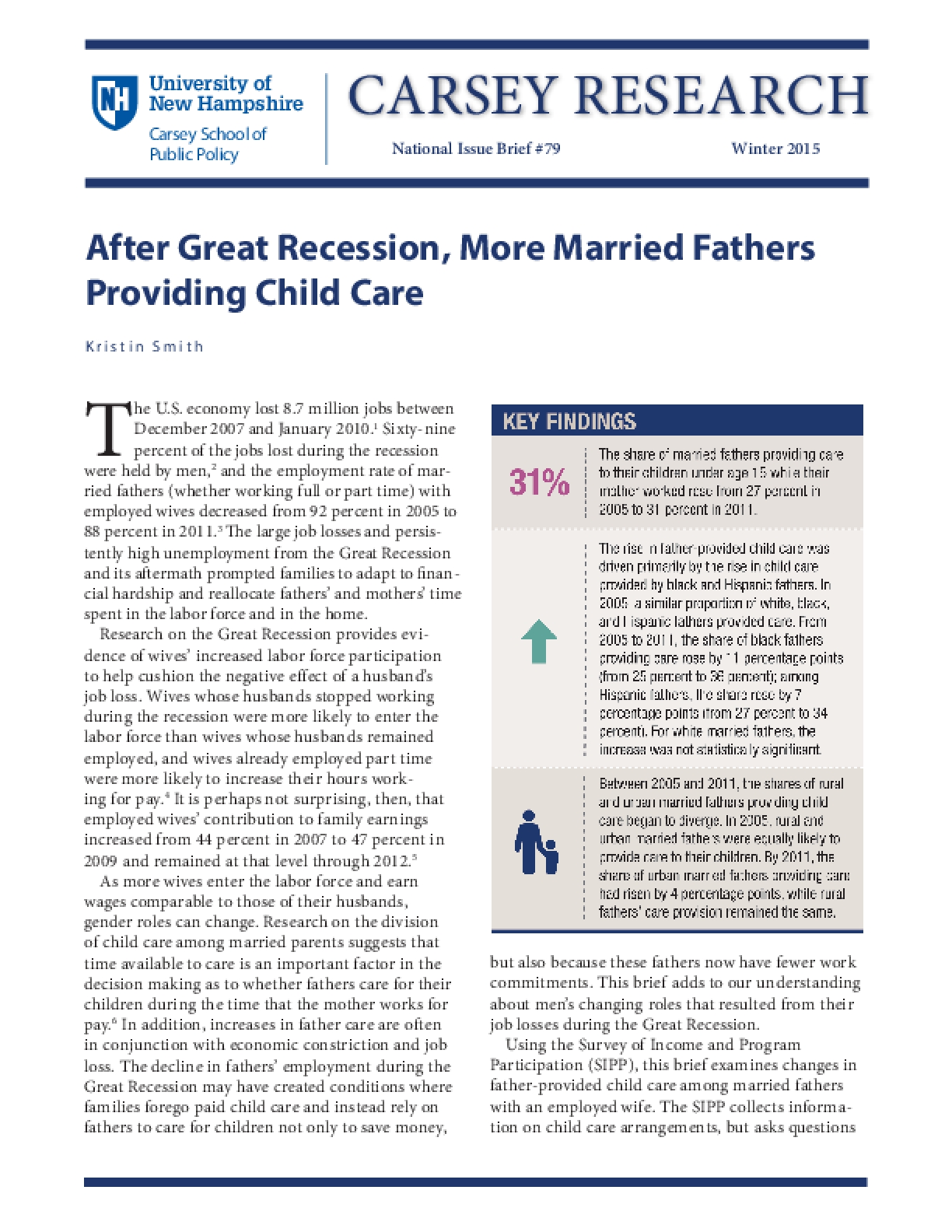