The Bush administration rushed out a host of problematic regulations in its final months. Many of these "midnight" regulations actually represent deregulatory actions that weaken or eliminate safeguards protecting health, safety, the environment, and the public's general welfare.

The appendix provides a list of several dozen of these regulations. They include, for example:

The Obama administration and new Congress are now faced with the question of how to respond to the Bush administration's midnight regulation. The response is clear for proposed rules—rules that are in the pipeline but not yet finalized. Executive branch agencies, acting under the direction of new political leadership, can simply stop working on those rules and withdraw them from their regulatory agendas. Or agencies may choose to improve or strengthen Bush-proposed rules before publishing them as final rules. 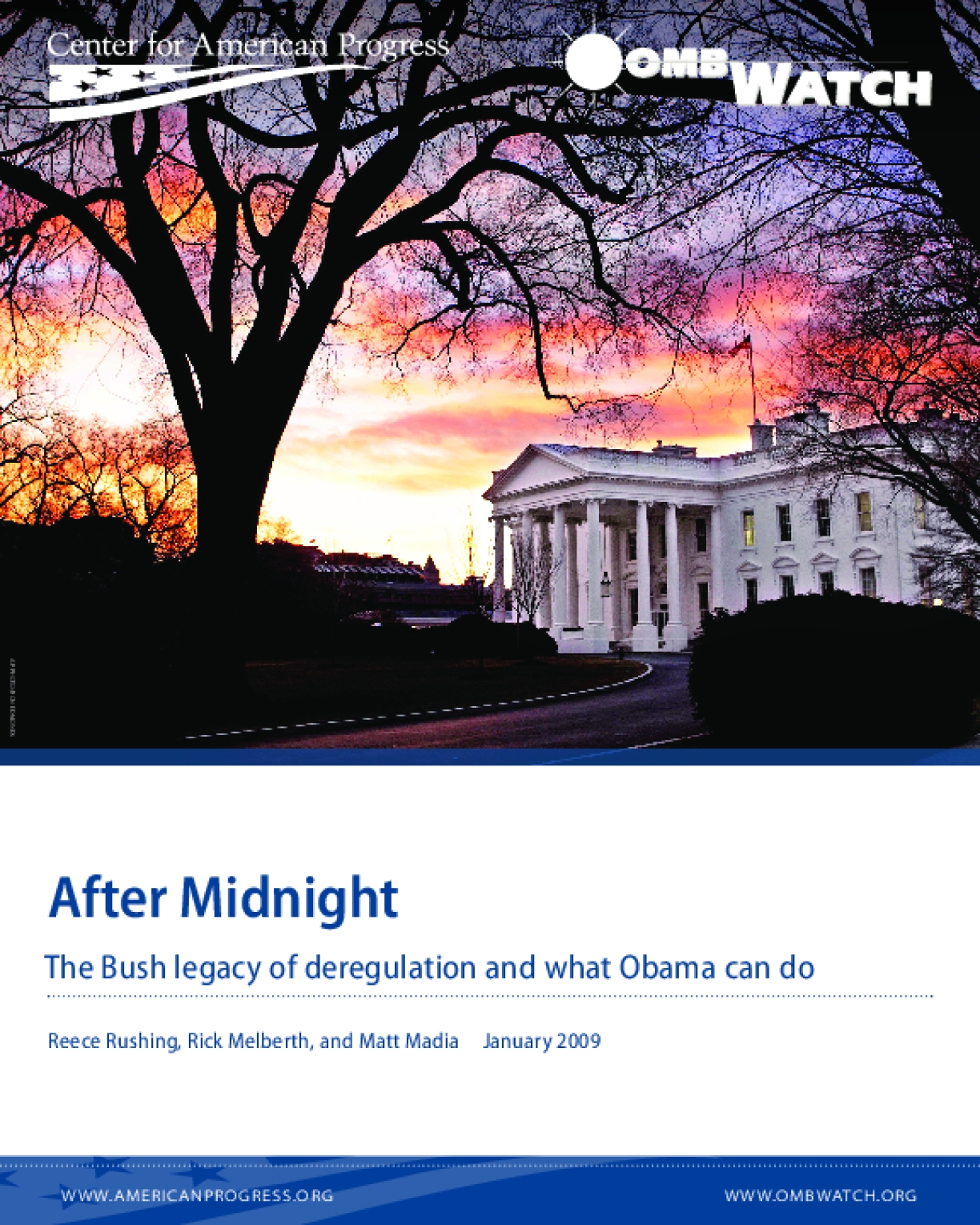