After the Cyclone: Lessons from a disaster

Late in the evening of 15 November 2007, Cyclone Sidr struck Mahmouda's home and thousands of other villages across Bangladesh's southern coastal areas, leaving around 4000 people dead and millions homeless. The initial response to the disaster was prompt and vigorous, but three months after the disaster the affected communities' needs - particularly in terms of housing and livelihoods - remain staggering. Dozens of focus-group discussions and interviews carried out by Oxfam highlighted two massive gaps in the current recovery phase of the response: the repair and reconstruction of homes and the rehabilitation of people's livelihoods. Over 1.3m people are still living in temporary shelter. 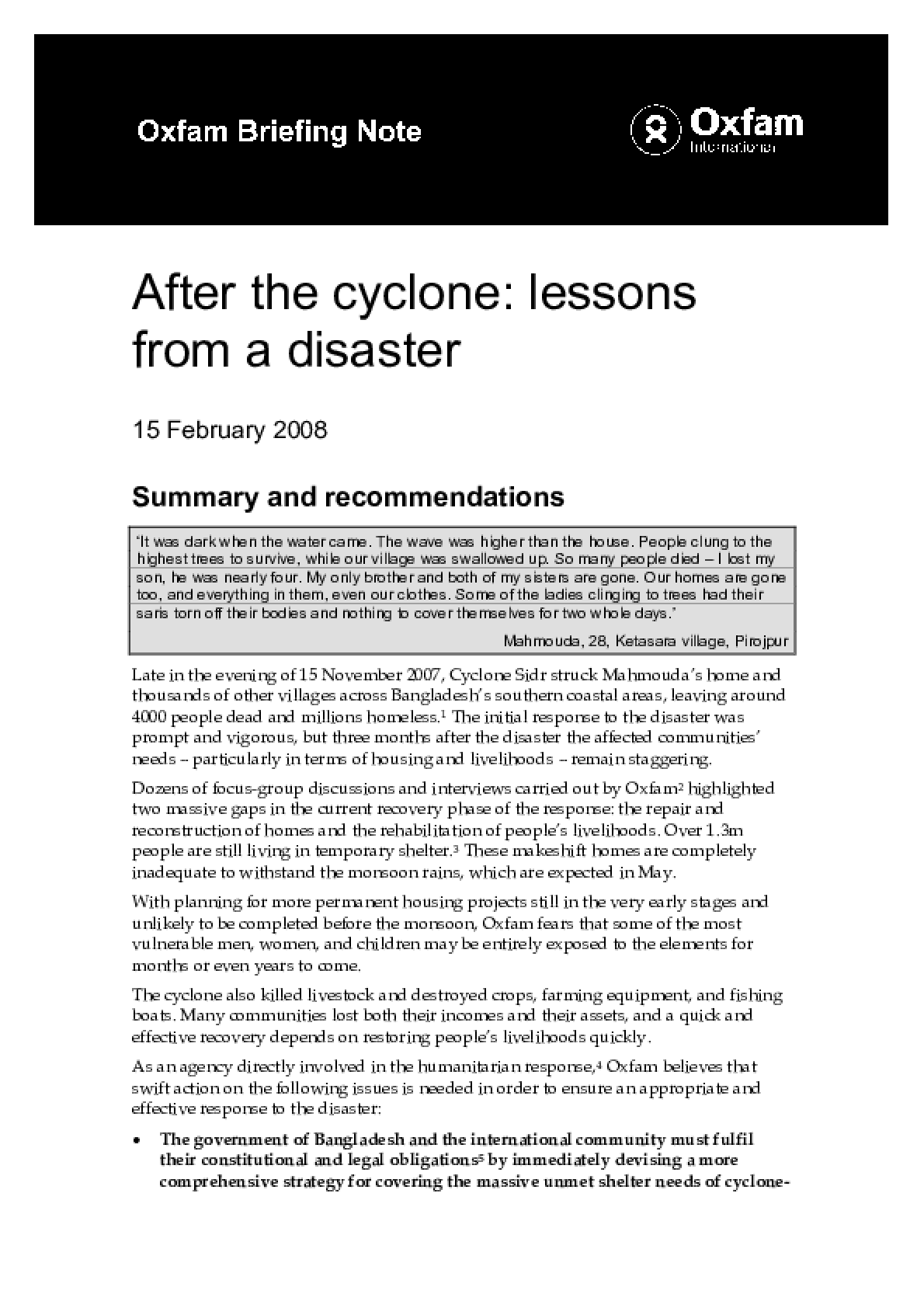