After the Dead Are Counted: U.S. and Pakistani Responsibilities to Victims of Drone Strikes

Over the past decade, U.S. drone strikes in Pakistan are estimated to have killed well over 2,000 individuals, including an unknown number of civilians. A new report from the Open Society Foundations urges the U.S. and Pakistani governments to properly investigate and provide redress, including compensation, to civilian victims of drone strikes.

Based on investigations of 27 separate U.S. drone strikes in Pakistan, and interviews with current and former U.S. and Pakistani officials, the report documents civilian casualties and analyzes the broader threats of militancy and military operations in areas affected by drones. Despite Pakistan's strong public opposition to U.S. drone strikes, and the United States' promises on transparency, neither government has addressed the losses suffered by civilians.

The report concludes that the U.S. and Pakistani governments should create mechanisms to investigate civilian harm from drone strikes and provide compensation to victims. 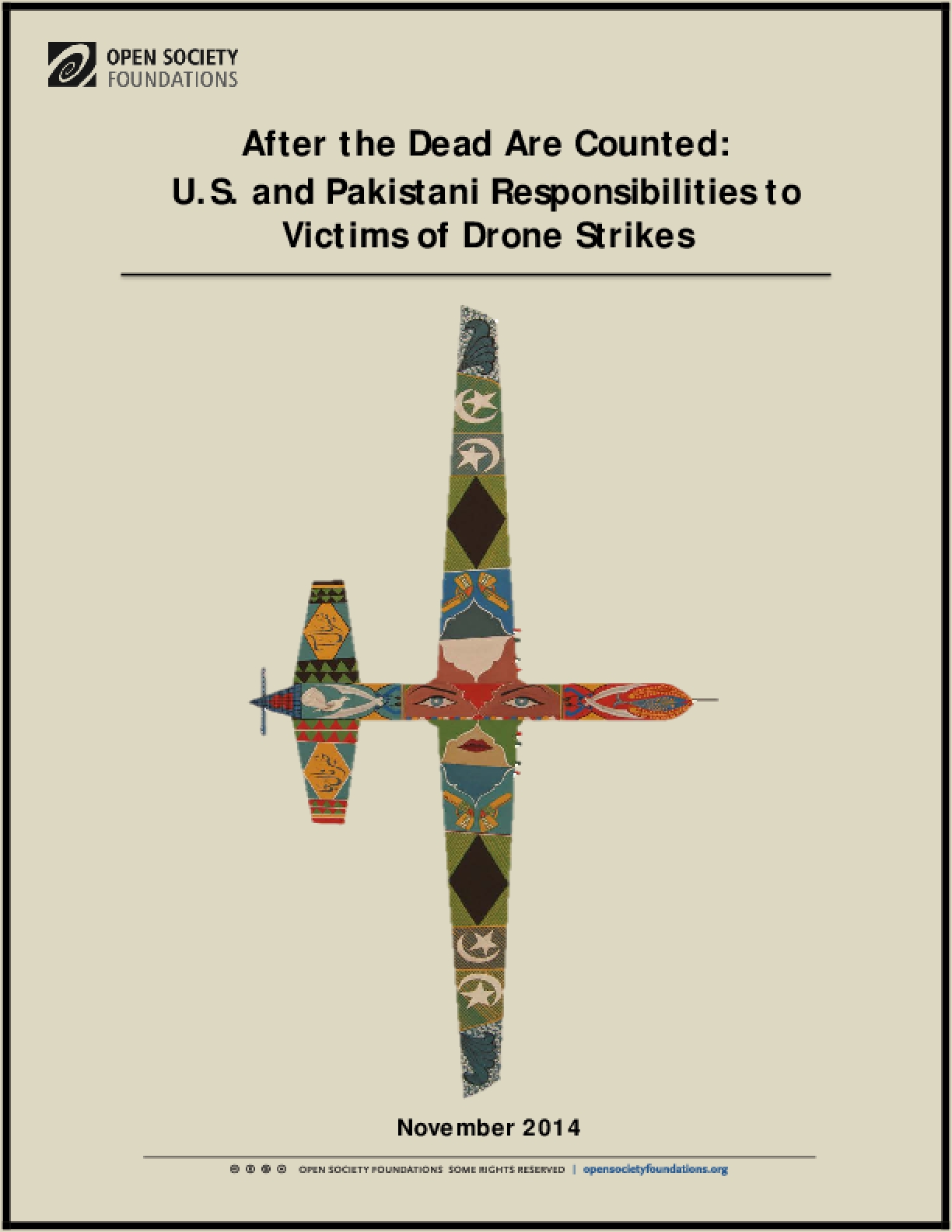