After Years of Decline, Private Health Insurance Rates Among Children Grew in 2014

Rates of private health insurance coverage for children increased between 2013 and 2014 for the first time since 2008, the first year in which the American Community Survey collected data on health insurance (see Figure 1). The rise corresponds with the implementation of the individual mandate under the Affordable Care Act (ACA), the opening of state and federal insurance exchanges, and an improving employment market.

Private insurance rates rose most in the rural Midwest and South as well as in Western cities in 2014, while public insurance grew most significantly in suburban places in the Northeast, South, and West. 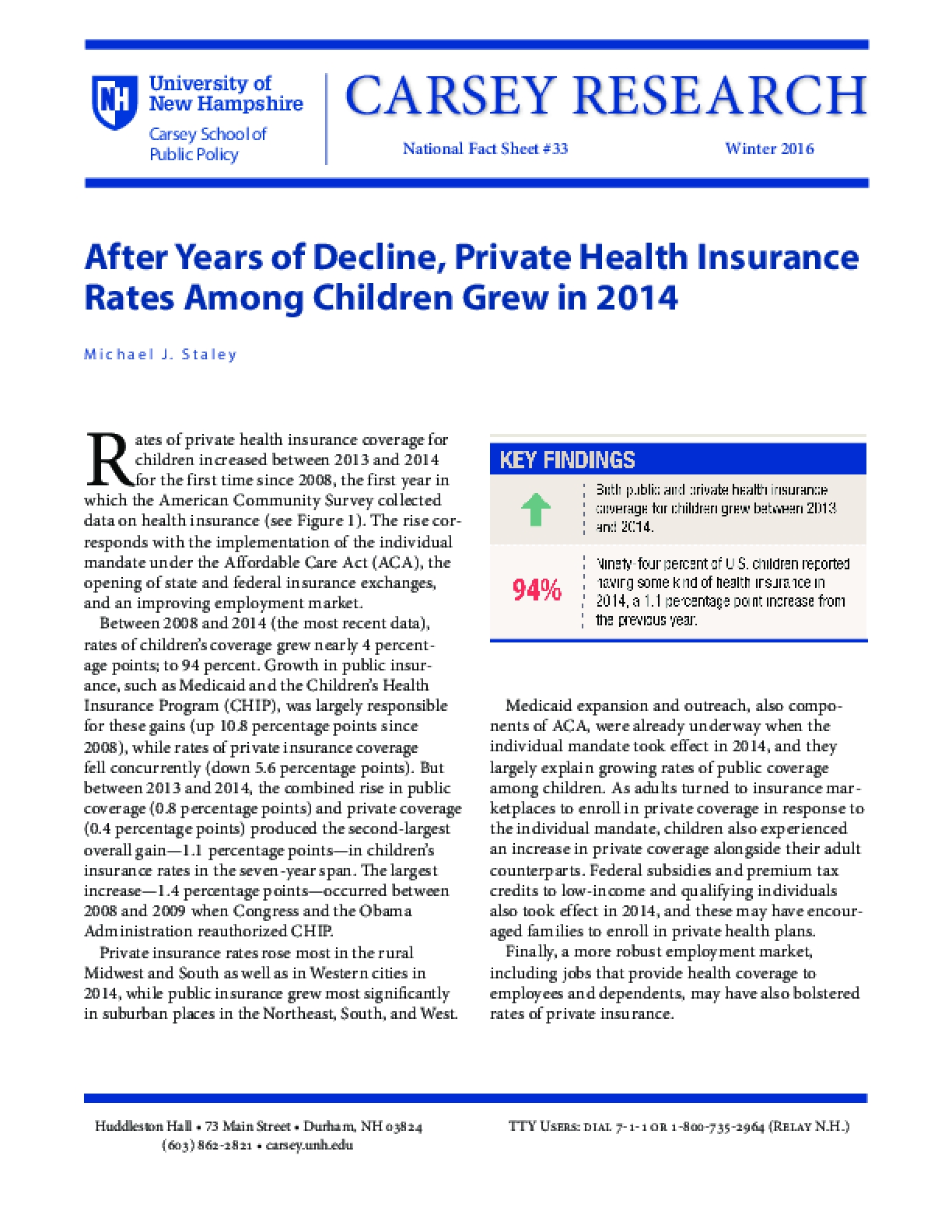