Aftershocks: Women Speak Out Against Sexual Violence in Haiti's Camps

One year on, rape survivors continue to arrive at the office of a local women's support group almost every other day. Sexual violence was widespread in Haiti before January 2010 but this has been exacerbated by the conditions since the earthquake. AI's report highlights how the lack of security and policing in and around the camps is a major factor for the increase in attacks over the past year. AI is calling for the new government to urgently take steps to end violence against women as part of a wider plan to address the humanitarian effort. The report states that women in the camps must be fully involved in developing any such plan. 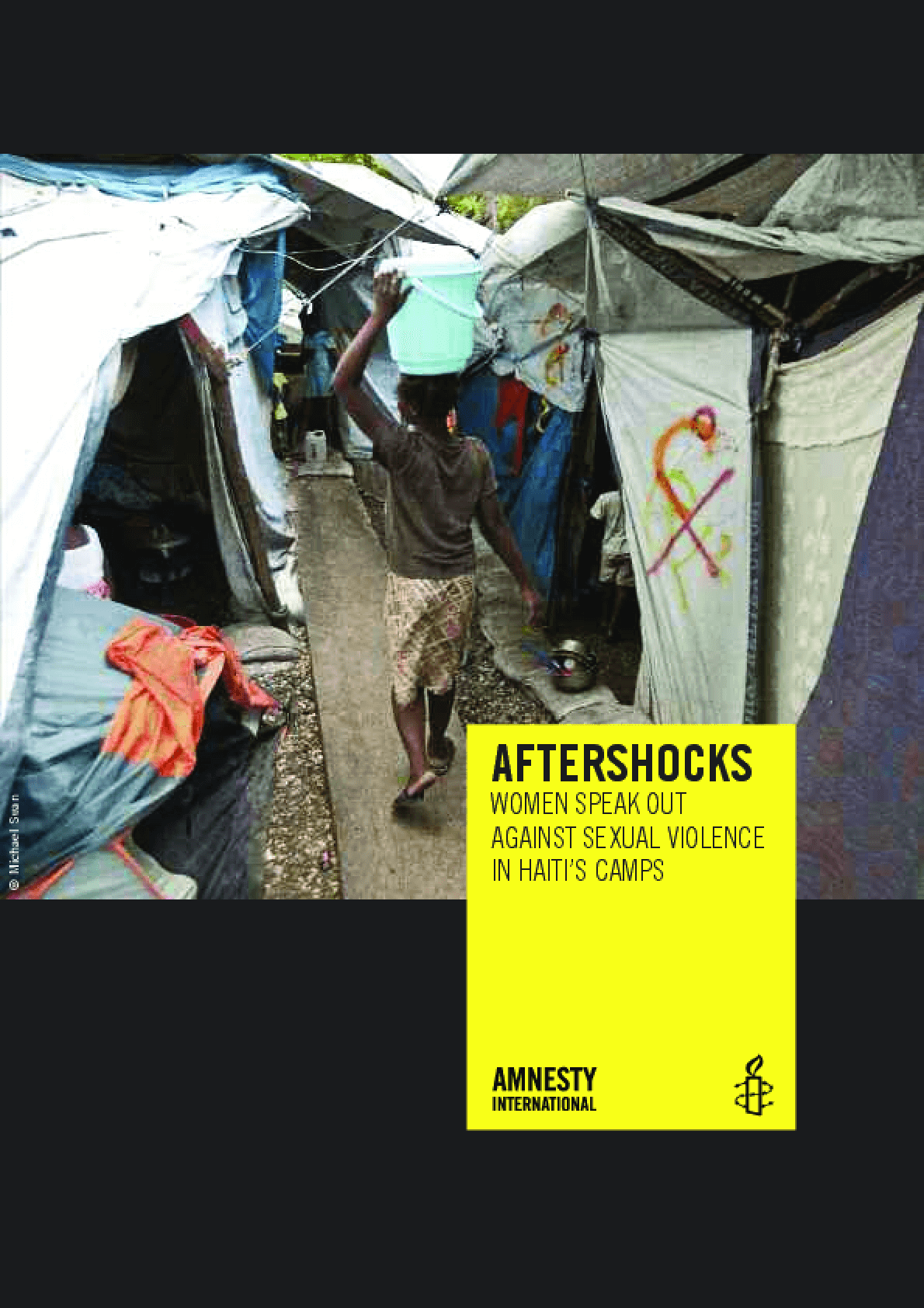