Agencies in Transition: A Report on the Views of the Members of the Federal Senior Executive Service

Many think of leadership transition in government as something that happens only once every four or eight years. While presidential transitions are undoubtedly the largest in scope, leadership transition in government is a constant process. In fact, the average tenure of Senate-confirmed appointees is only 3.3 years, while appointees at executive departments generally spend only 2.8 years in a single post. In a federal government made up of departments and agencies as large and complex as any Fortune 500 company, a strong leadership team is critical to effective governance. Members of the Senior Executive Service (SES) serve as the primary link between political appointees and the broader federal workforce, operating and overseeing nearly every government activity. They play a significant role during leadership transitions, ensuring the continuity of operations within government. Members of the SES are also uniquely positioned to help incoming political leaders build on the positive reforms of the past, and provide insight from lessons learned that can inform success in the future. The National Academy saw the 2008 Presidential transition as an opportunity to draw upon the experience of the SES to find ways to strengthen the partnerships between political and career leaders and build a more efficient and effective government. The results of our study reinforced the critical role played by members of the SES, and revealed that the majority of these career leaders, though experienced in government, were relatively new to managing transition issues as executives. Key Findings The findings demonstrated that despite the newness of presidential transitions for most SES, they have a clear understanding about the role they must play in assisting new political appointees, the importance of forming an effective partnership, and their role in the process. At the same time, they wanted help to prepare for those roles, and were eager to engage in training and other activities that would promote success. These SES preferred to receive assistance in preparing for the transition through: (1) policy briefings; (2) discussions with their peers; (3) written materials; and (4) attendance at seminars or training sessions. 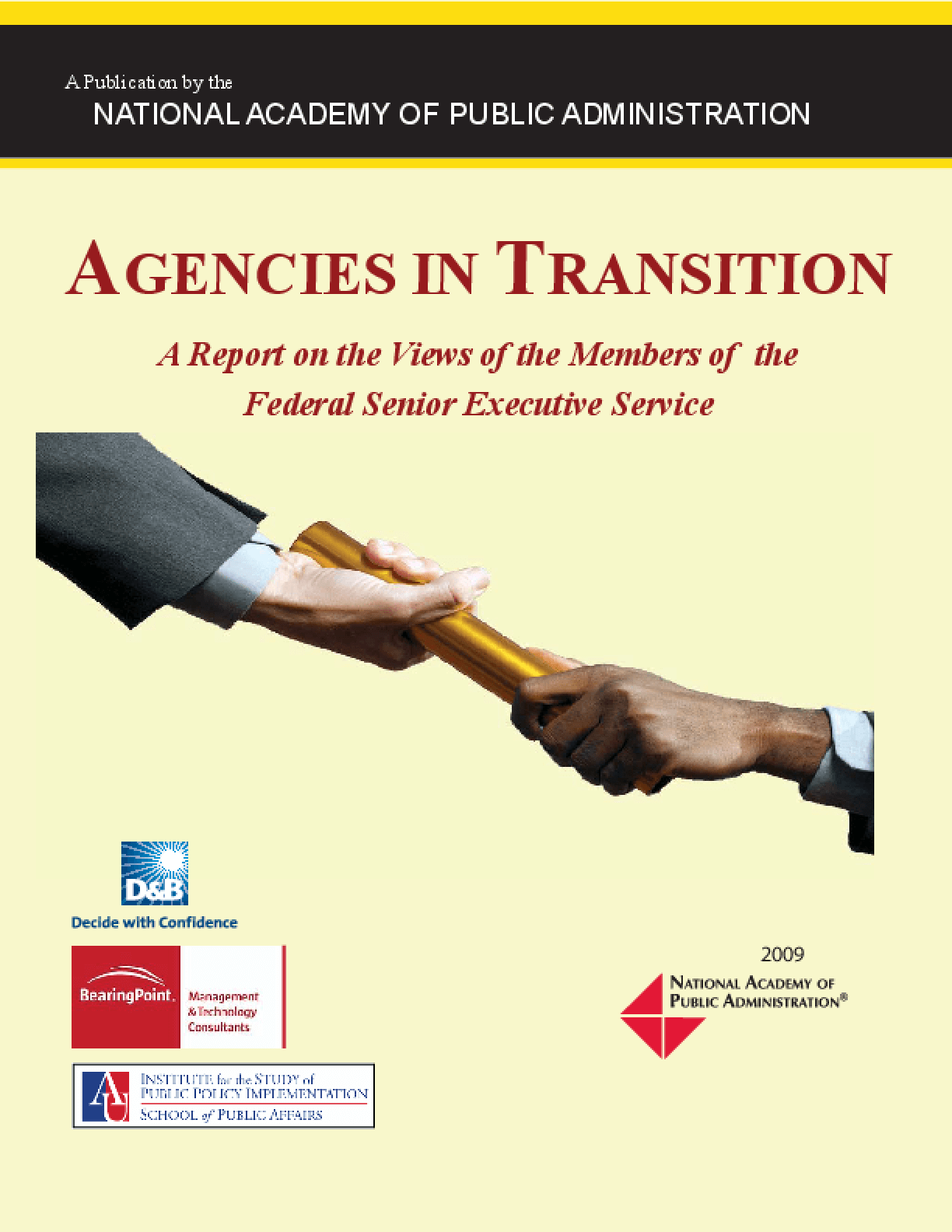