At the conclusion of the June 3-14, 1992, United Nations Conference on Environment & Development in Rio de Janeiro, Brazil, President George H.W. Bush and the leaders of 177 other nations signed a document known as Agenda 21. At the time, it was seen as a perfectly sensible planning paper, a nonbinding statement of intent aimed at dealing with sustainability on an increasingly crowded planet. But in the 22 years since that day, at the hands of groups like the John Birch Society, Agenda 21 has been transformed in much of the American public mind into a secret plot to impose a totalitarian world government, a nefarious effort to crush freedom in the name of environmentalism. And it isn't only extremists pushing this conspiracy theory -- in January 2012, the Republican National Committee bought into the propaganda, denouncing Agenda 21 in a resolution as a "destructive and insidious scheme" that is meant to impose a "socialist/communist redistribution of wealth." The demonization of Agenda 21 began among extremist groups like the John Birch Society, the same outfit that was effectively ejected from the conservative movement after accusing President Dwight D. Eisenhower of being a communist agent. The Birch Society and an array of other radical-right groups see Agenda 21 and virtually all other global efforts as part of a nefarious plan on the part of global elites to form a socialistic one-world government, or "New World Order." To listen to such groups, Agenda 21 will lead to a "new Dark Ages of pain and misery yet unknown to mankind." It is "a comprehensive plan of utopian environmentalism, social engineering, and global political control," the "most dangerous threat to America's sovereignty" yet. It will "make our nation a vassal" of the UN, result in "the destruction of our lives," force rural areas' "population [to be] decimated," and lead to having "90% of the population murdered." The end, these critics all agree, will be the imposition of "a collectivist world government." Agenda 21 is not a treaty. It has no force of law, no enforcement mechanisms, no penalties, and no significant funding. It is not even a top-down recommendation, seeking instead to encourage communities around the world to come up with their own solutions to overpopulation, pollution, poverty and resource depletion. It is a feel-good guide that cannot force anyone, anywhere, to do anything at all. Yet Alabama has passed a law meant to outlaw any effects of the plan. The legislatures of Kansas, New Hampshire and Tennessee all passed state resolutions condemning it. Similar needless laws have been approved by one chamber of the legislatures in Arizona, Missouri and Oklahoma. And political fights over it have broken out in at least half a dozen other states and countless local communities. The fears generated in such places are ridiculous to the point of utter absurdity, but they have had an important real-world impact. In communities like Carroll County, Md., politicians have been voted out of office for supporting local plans. In Baldwin County, Ala., all nine members of the Planning and Zoning Commission quit in disgust after the County Commission killed their plan "on a pretext so devoid of relevance and merit as, in our opinion, to elicit only ridicule," as they wrote. Prominent politicians like former House Speaker Newt Gingrich and Sen. Ted Cruz (R-Texas) have contributed to such outcomes as they denounce the plan that Cruz has claimed would "abolish" golf courses and paved roads. Virtually none of the outlandish claims about Agenda 21 are true. Yet, as with all such baseless propaganda, the hysteria over it has had the effect of poisoning any kind of rational discussion of the very real challenges we face -- challenges that are essential to tackle head-on in an increasingly complex and stressed world. It's time to finally call out the conspiracy theorists. The politicians who spread falsehoods about Agenda 21 and its effects need to be shamed by other politicians, by editorial boards and other commentators, and by the citizenry at large. The business community and organizations like the Chamber of Commerce, which know better, should speak out publicly about the real purposes and usefulness of planning and sustainability. The media needs to stop reporting on Agenda 21 as if it were a bona fide controversy and plainly state the facts about the plan. And communities around the country, some of which have abandoned work on sustainability plans because of the heat, need to be encouraged to return to or start to develop such plans in tandem with responsible groups like the American Planning Association. 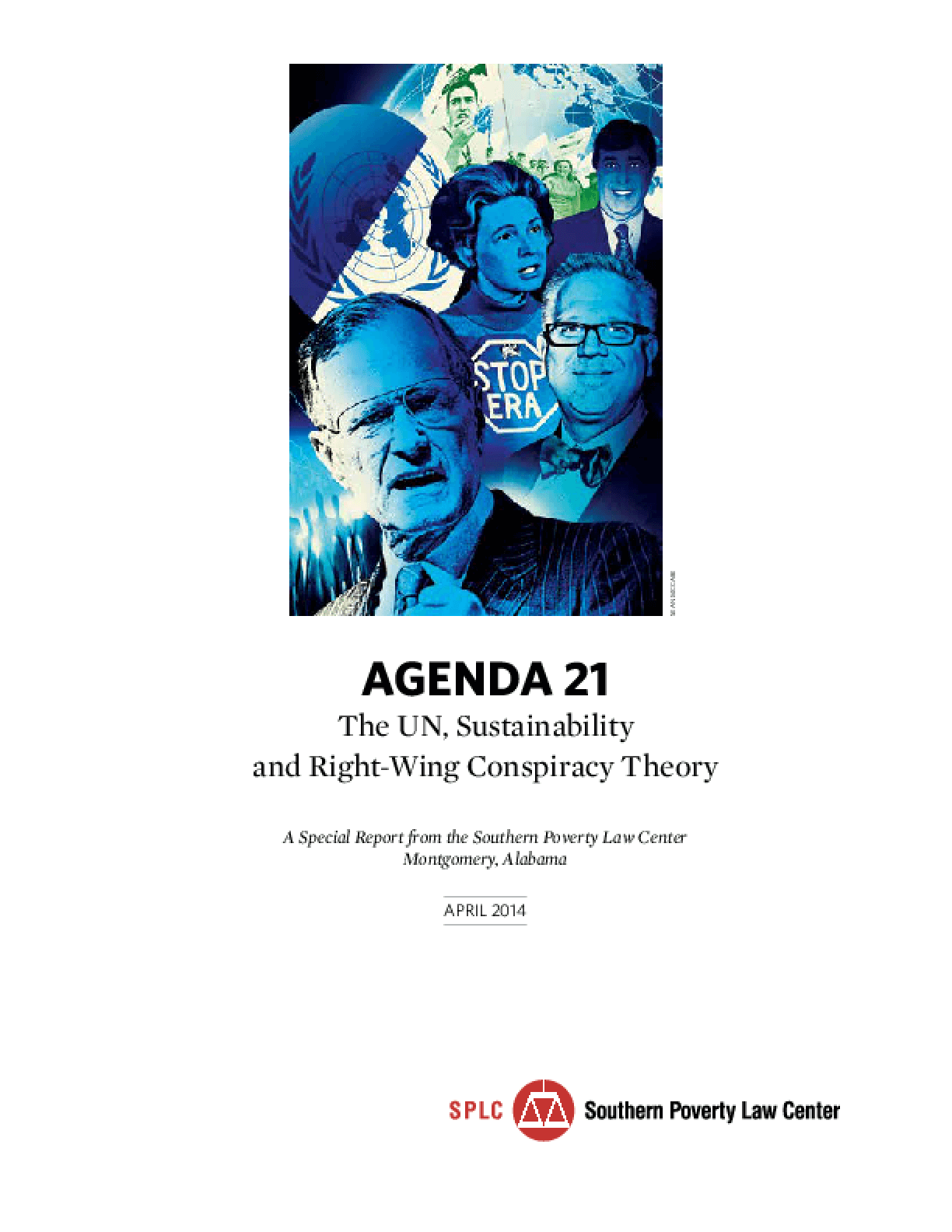