The crisis in Syria, which entered its fourth year in March 2014, continues to take a devastating toll on the country's civilian population. More than 100,000 people have lost their lives, hundreds of thousands have suffered injuries, and civilian property and livelihoods are destroyed on a daily basis. The conflict has led to mass displacement. An estimated 6.5 million people are displaced within Syria, and 2.8 million refugees have fled to neighbouring countries and North Africa. Lebanon hosts over 1 million registered Syrian refugees, more than any other country, making it the largest per capita recipient of refugees in the world. This is in addition to hundreds of thousands of Syrians living in Lebanon without UN assistance and over 50,000 Palestinian refugees from Syria who have fled to Lebanon. Turkey hosts the second largest number of Syrian refugees, around 735,888 people, followed by Jordan, Iraq and Egypt. A small number of those fleeing Syria, some 81,000 people, have claimed asylum in the European Union (EU), Norway and Switzerland. The UN estimates that there will be over 1.5 million Syrian refugees in Lebanon by the end of 2014, which would constitute more than one third of Lebanon's population prior to the conflict in Syria.The social, economic and security strain on Lebanon resulting from hosting such a large number of people from Syria -- particularly given the country's already stressed infrastructure -- has been acknowledged by the international community. However, this has not translated into sufficient support for Lebanon. Health care, water and sanitation facilities, shelter, and other resources that were already strained have been put under further pressure due to the huge and rapid increase in population. Poverty and unemployment are expected to increase, putting financial pressure on a country which already faces one of the highest debt ratios globally.The political and security situation in Lebanon has also been deeply affected by the fighting in Syria with an upsurge in violence in border areas including Arsal in northeast Lebanon, in Tripoli in the north of the country, and in Beirut, Lebanon's capital. To help support the vast number of refugees in the country, the UN has appealed for US$1.7 billion for Lebanon in 2014, as part of a US$4.2 billion UN appeal for Syrian refugees.Yet at the time of writing, only 17% of the funding requirements for Lebanon for 2014 have been met. As a result of the lack of funding, many refugees from Syria are being left without adequate access to health care, food, shelter, water and sanitation, and education. 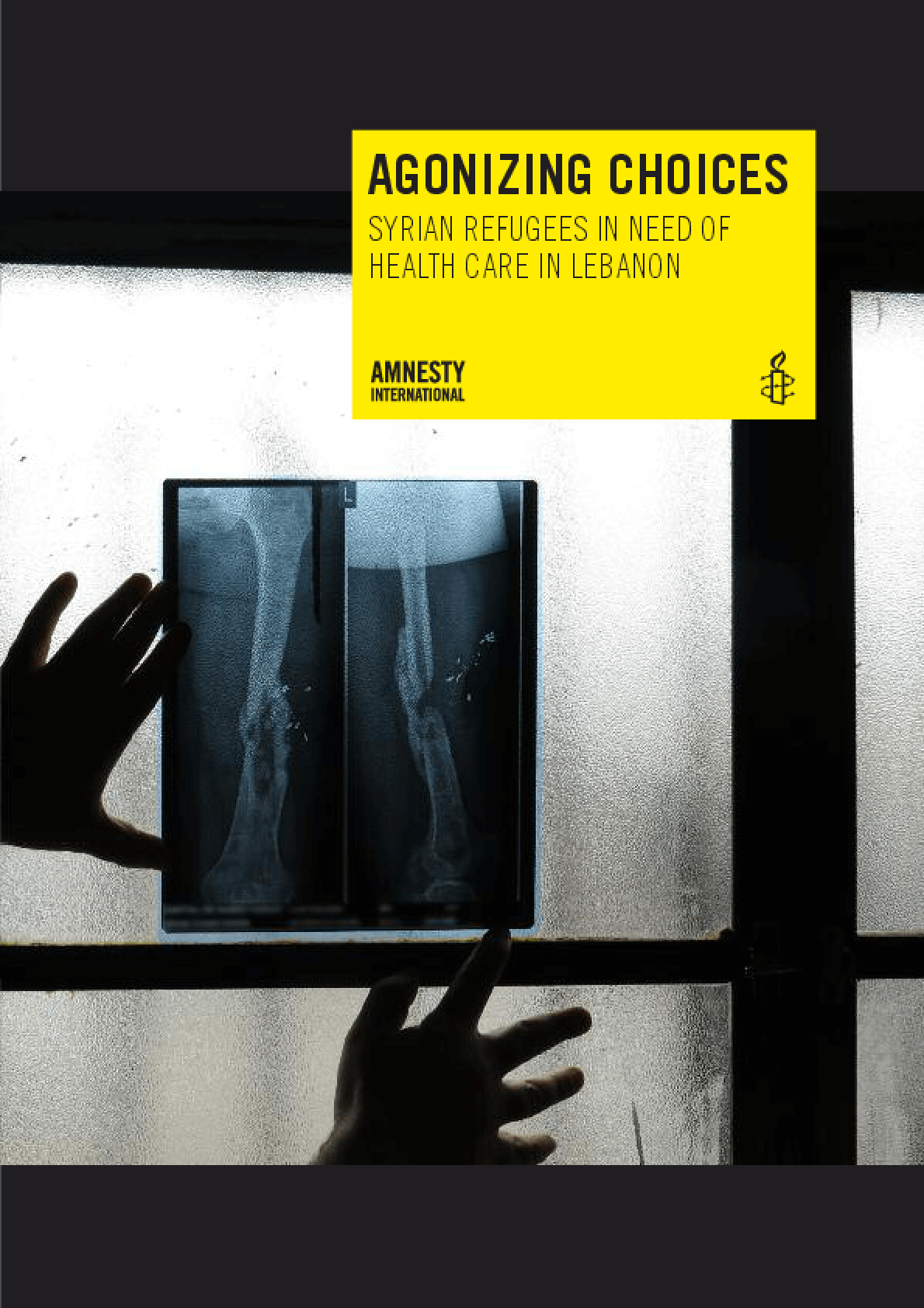