Agrofuels in Brazil: What is the outlook for its farming sector?

This is a critical look at the agrofuels industry in Brazil. Focusing on ethanol production from sugarcane and the production of biodiesel, the study examines the impact of government policy regarding agrofuel production on the country's farming sector and its consequent effects on food security and rural development in Brazil, a leading player in global agrofuel production. Comparing both ethanol and biodiesel production, it establishes that ethanol production is a hugely successful industry dating back to the 1920s while biodesel production is still much an emerging market created and regulated by the government and launched as early as 2004. The paper analyses the dyanamics of the production of these two agrofuels with specific focus on social, gender, food security and environmental implications of their production using three regional case studies. The study is based on a review of secondary data, journalistic information, technical reports, public policy, academic publications and a wide range of interviews with stakeholders. 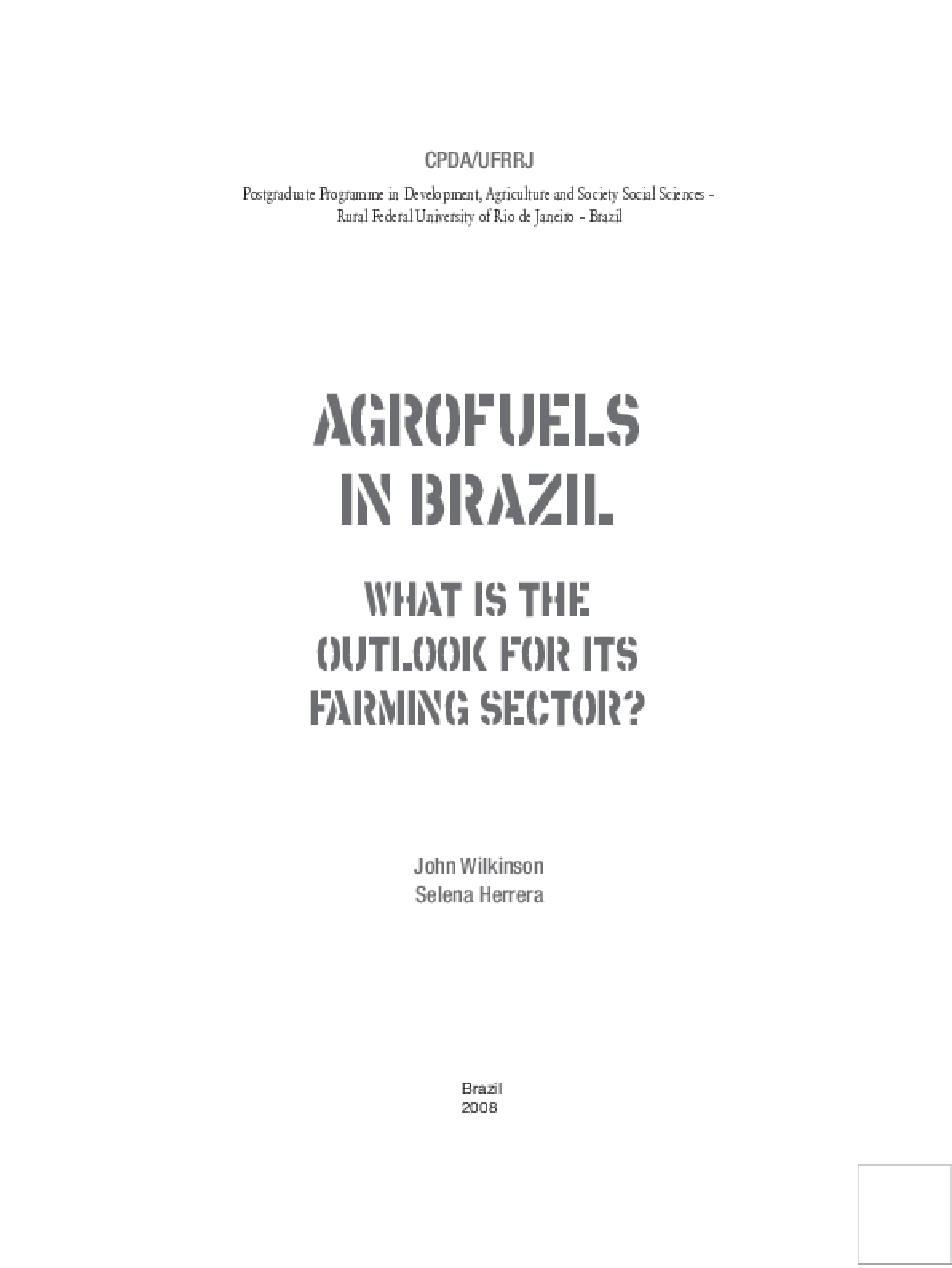