Many factors shape air quality, including weather and natural phenomena such as volcanoes and forest fires. Pollution travels around the world; winds transport pollutants in and out of the local environment. Sunlight interacts with natural or man-made chemicals in the air to enhance or inhibit the creation of pollutants. Heat and humidity can intensify the impact of pollution.

Unregulated suburban sprawl with the resultant ever-increasing commute times and the insufficient use of mass transit and its lack of availability on a regional basis lead to more people driving their own cars and more pollutant emissions. Northeast Florida lacks vigorous regional growth management and transportation planning.

While this study, which began with a focus on air quality and air pollutants, does not attempt to address directly the connection between human activities and climate change, it became clear that many of the corrective actions proposed by responsible organizations to reduce carbon dioxide emissions and other toxic pollutants would also result in improved overall air quality, creating a win-win outcome. Furthermore, as the study proceeded, a number of major developments came to light: 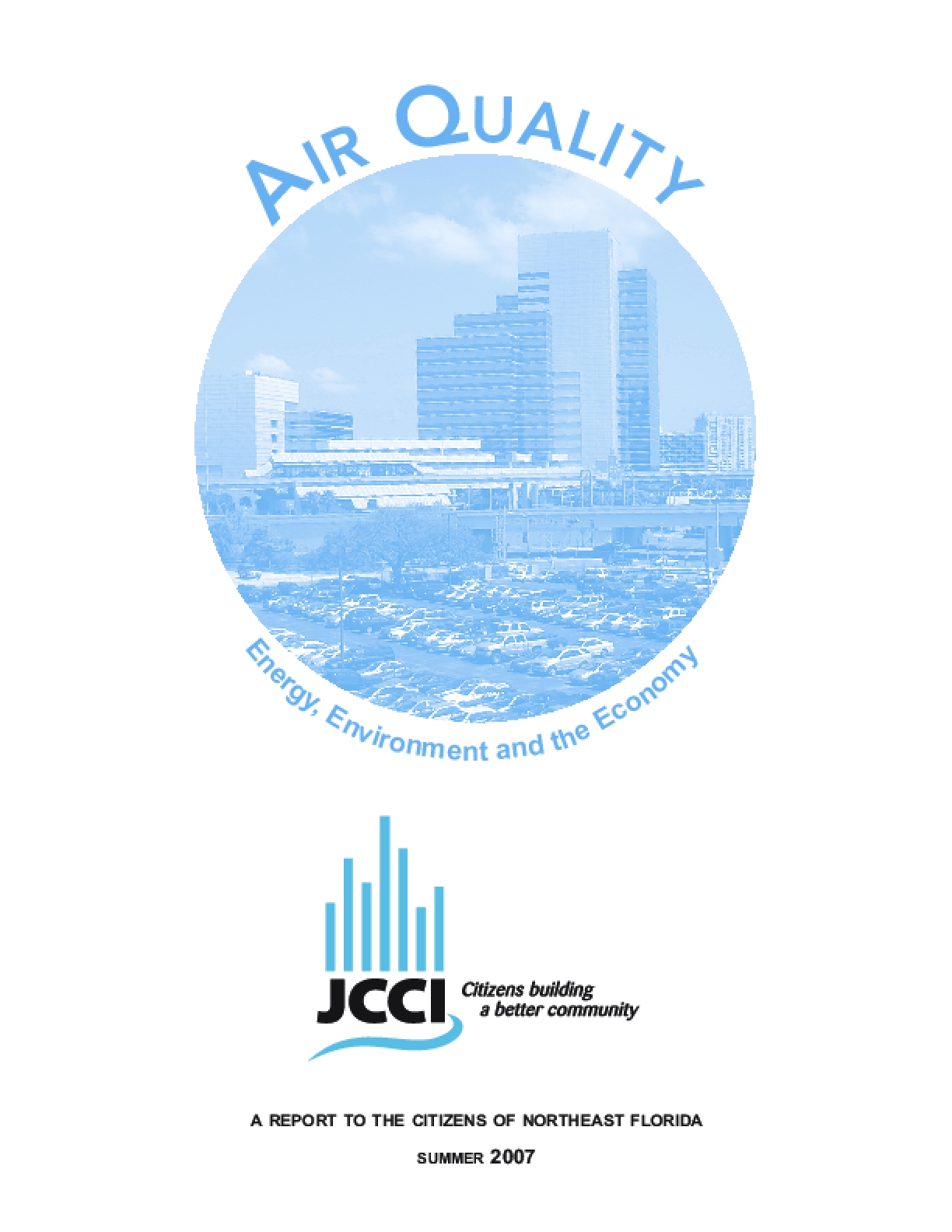