Kalashnikov assault rifles are the most widespread military weapons in the world. It is estimated that there are between 50 and 70 million of them spread across the world's five continents. They are used daily by soldiers, fighters, and gang members to inflict untold suffering in many countries. The spread of these weapons continues largely unchecked by governments, threatening the lives and safety of millions as weapons fall into irresponsible hands. More than ever, the Kalashnikov rifle is the weapon of choice for many armies, militias, armed gangs, law enforcement officials, rebels, and other private actors who abuse fundamental human rights and operate beyond the international humanitarian law parameters laid down by the Geneva Conventions and other relevant international law. 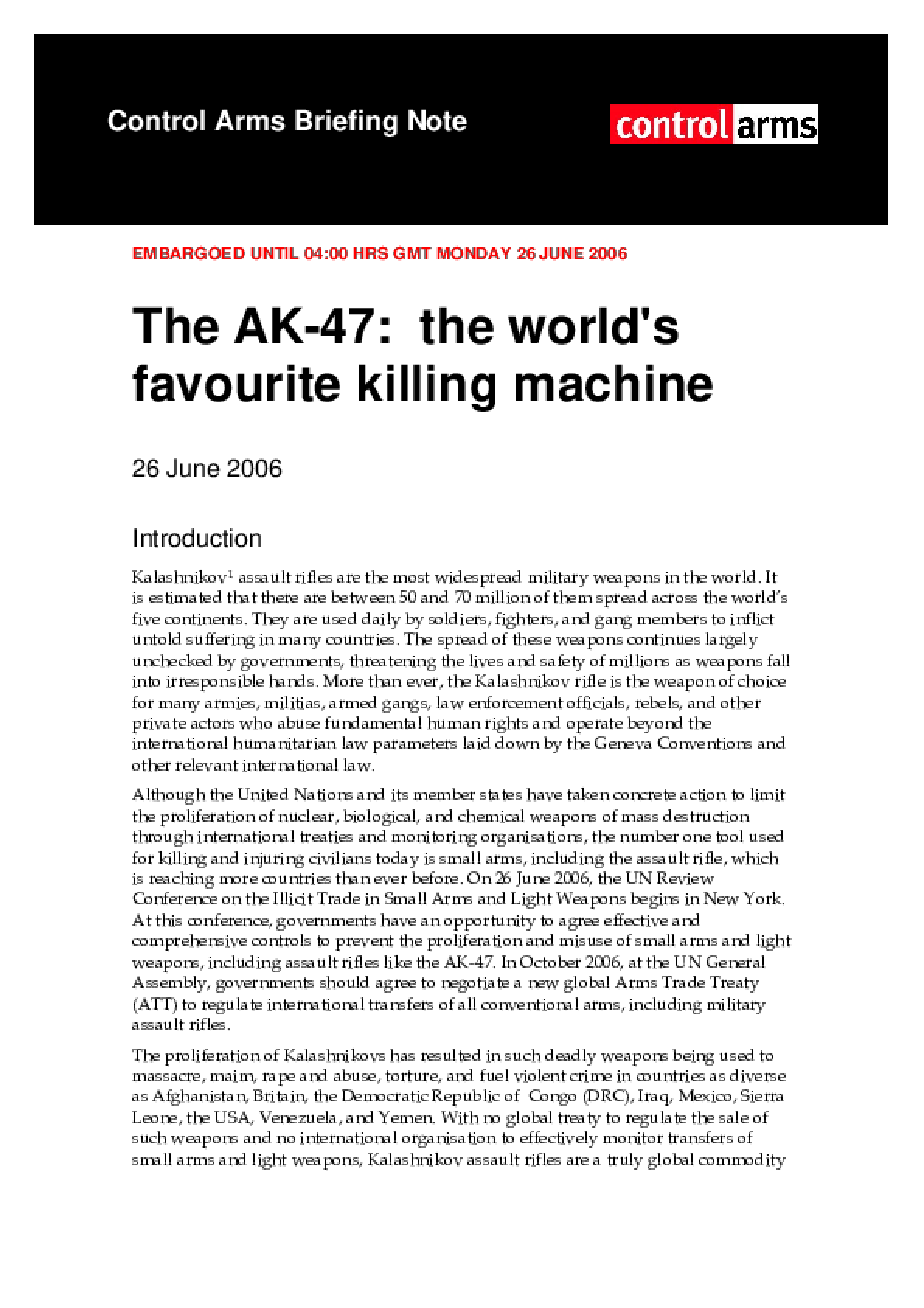