In 1963, the Reverend Martin Luther King, Jr. wrote the following in a letter to fellow clergy about segregation while in the Birmingham City jail: "Injustice anywhere is a threat to justice everywhere." While Alabama's segregationist laws have been rendered moot by the federal courts and laws, our 1901 Constitution -- Alabama's sixth one -- is still a major impediment to racial and economic justice in the state especially for those whose needs are the greatest and those whose resources in life are the least. Alabama's 1901 Constitution creates a governmental structure that concentrates power in the legislature where it is easy for wealthy interest groups to perpetuate the Constitution's unfair impacts on poor and middle class Alabamians. 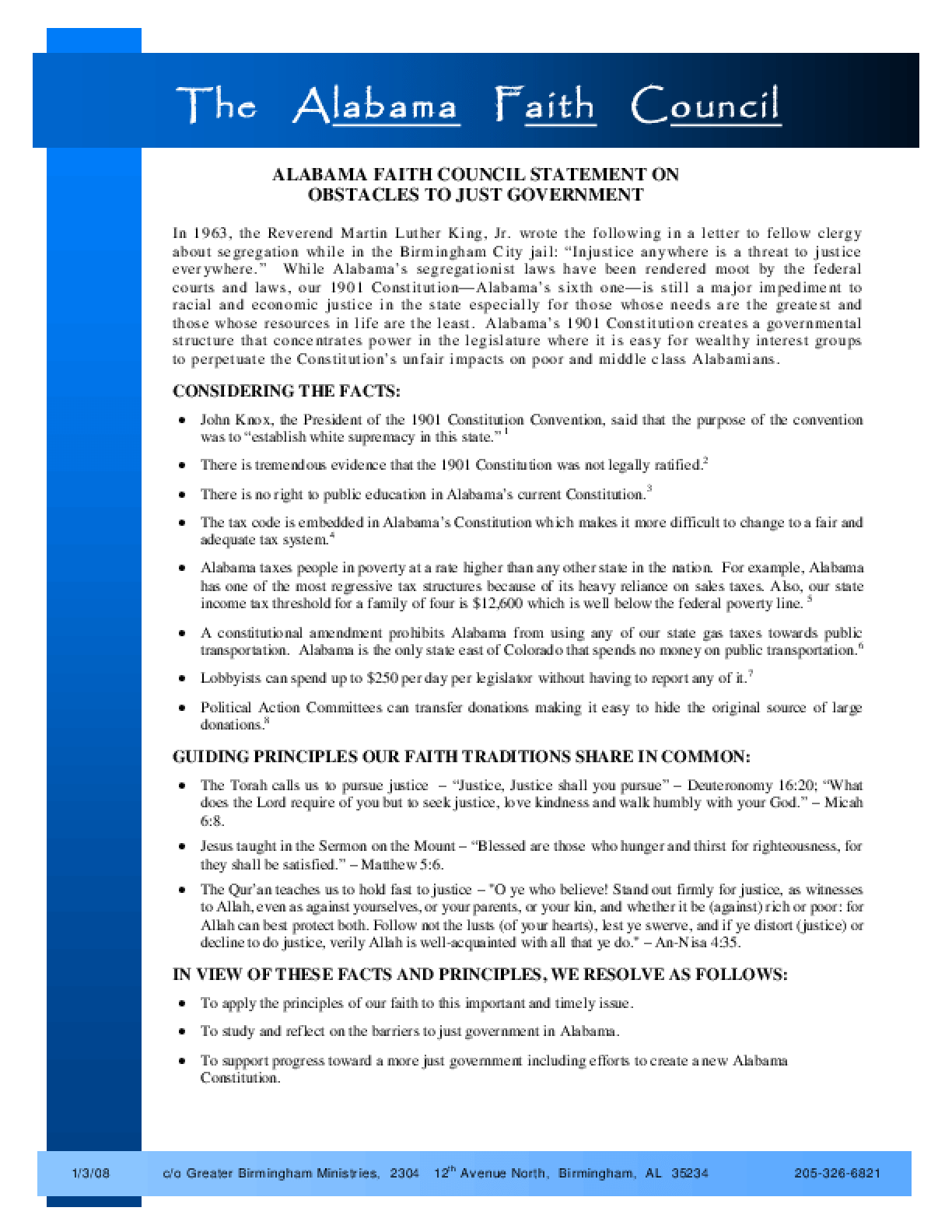