Alabama: Round 1 - State-Level Field Network Study of the Implementation of the Affordable Care Act

This report is part of a series of 21 state and regional studies examining the rollout of the ACA. The national network -- with 36 states and 61 researchers -- is led by the Rockefeller Institute of Government, the public policy research arm of the State University of New York, the Brookings Institution, and the Fels Institute of Government at the University of Pennsylvania. More than 670,000 Alabamians under age sixty-five, or about 16 percent of the population, are uninsured. Most uninsured Alabamians are in working families (77 percent) where at least one person is employed either full time or part time. The largest total number and percentage of uninsured is aged nineteen to thirty and the uninsured are disproportionately people of color, although whites make up the majority of the uninsured population. The state insurance market is dominated by Blue Cross Blue Shield of Alabama (BCBSAL). In 2010, it had a 91 percent market share in the individual market with some 121,000 covered lives. 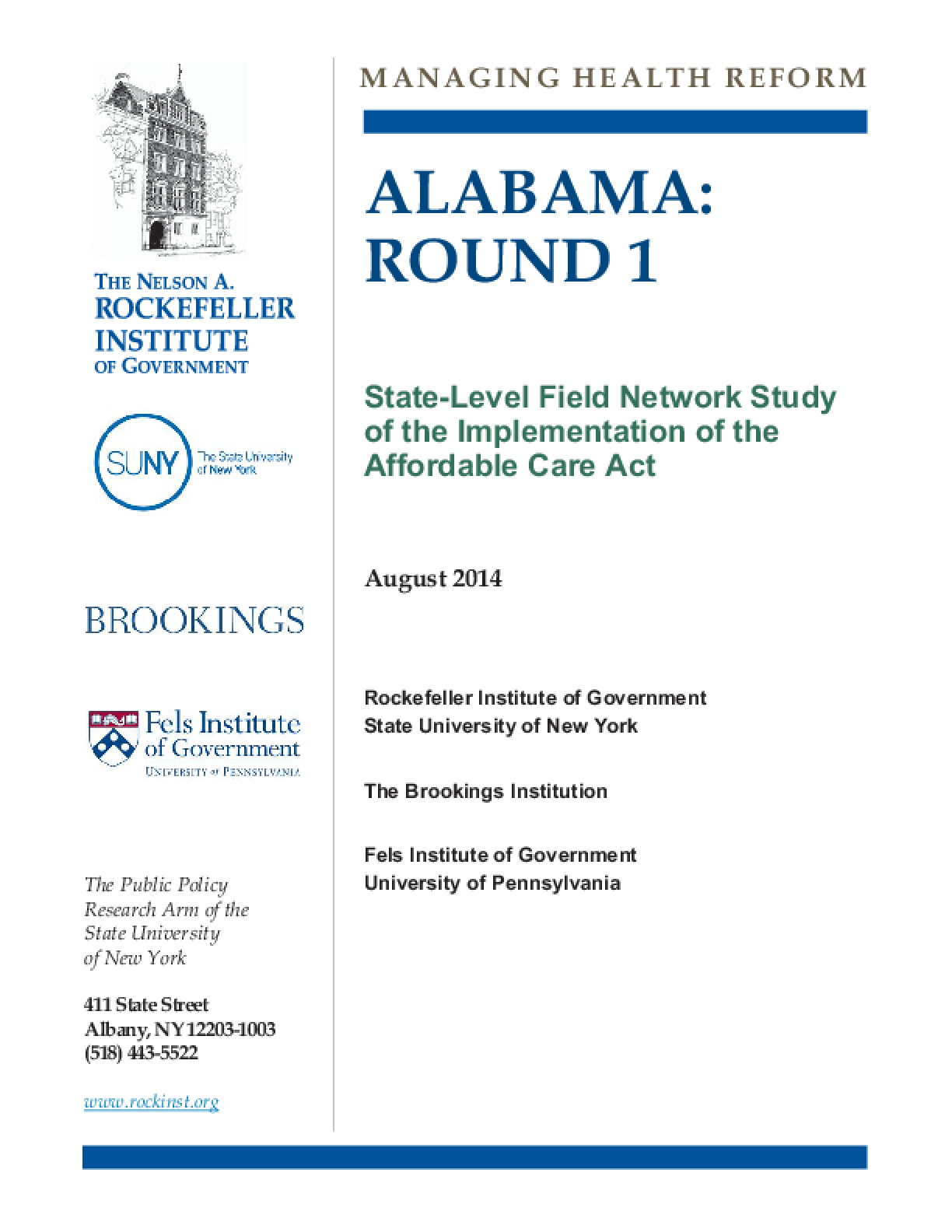