Alabama's Shame: HB 56 and the War on Immigrants

Like the Arizona law it was modeled after, Alabama's HB 56 law grants police the authority to demand "papers" demonstrating citizenship or legal status during routine traffic stops. But it does much more. In Alabama, where undocumented immigrants comprise just 2.5 percent of the population, lawmakers added a slew of cruel provisions designed to create a law that, in the words of a key sponsor, "attacks every aspect" of an undocumented immigrant's life. The result was the harshest anti-immigrant law in the nation -- a law that virtually guarantees racial profiling, discrimination and harassment against all Latinos in Alabama.

Shortly after the law took effect, the Southern Poverty Law Center and its allies established a hotline for residents to report how the law affected them. Almost 1,000 calls poured in during its first weekend of operation. By late January 2012, more than 5,100 calls had been received. This report contains stories reported to the SPLC through the hotline and other channels. They illustrate the devastating impact HB 56 has had on Alabama Latinos, regardless of their immigration status. 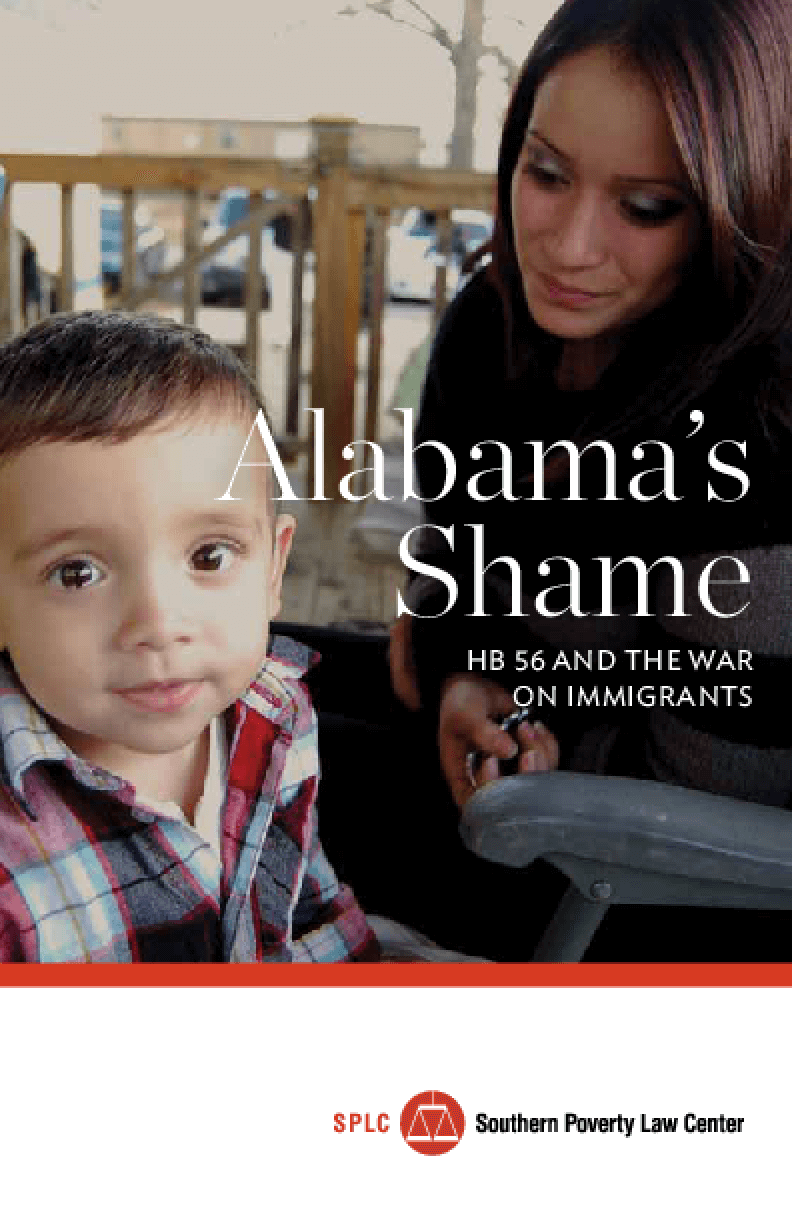