This year's campaign saw yet another substantial increase in the number of returns, dollars captured from federal refunds and EITC (Earned Income Tax Credit) dollars, despite there being one fewer VITA (Volunteer Income Tax Assistance) site than in the 2007 campaign. While some VITA sites discontinued their operations this year, there were a number of new sites for the campaign. The fact that all the critical numbers increased this year is a testament to the returning sites, their commitment,dedication and efficiency gained from years of experience running VITA sites in Alameda County. Each year the Coalition considers ways to retain volunteers and to recruit more people to work on the campaign and there are a number of experienced volunteers who do return year after year. However, this year there were exaclty the same number of volunteers as in the 2007 campaign. In conclusion, the EKS Campaign has continued to be enourmously successful in capturing and returning dollars to low-moderate income communities in Alameda County. Thanks to the efforts of volunteers, site coordinators and their agencies, EKS reaches more clients and captures more dollars every year. While the results are phenomenal, the increase in clients served at the same number of sites begs more resources and volunteers to help serve the population. To improve on our efforts in future years, it is recommended that: 1) the Marketing Campaign be analysed and improved to capture more of the remainign 95% of potentially eligible filers in the county; 2) Develop and provide a low-cost, consumer friendly alternative to RALs that connects people to mainstream financial sevices and education; and 3) Address complications and breakdown in Online TaxWise system to ensure data quality and client confidentiality. 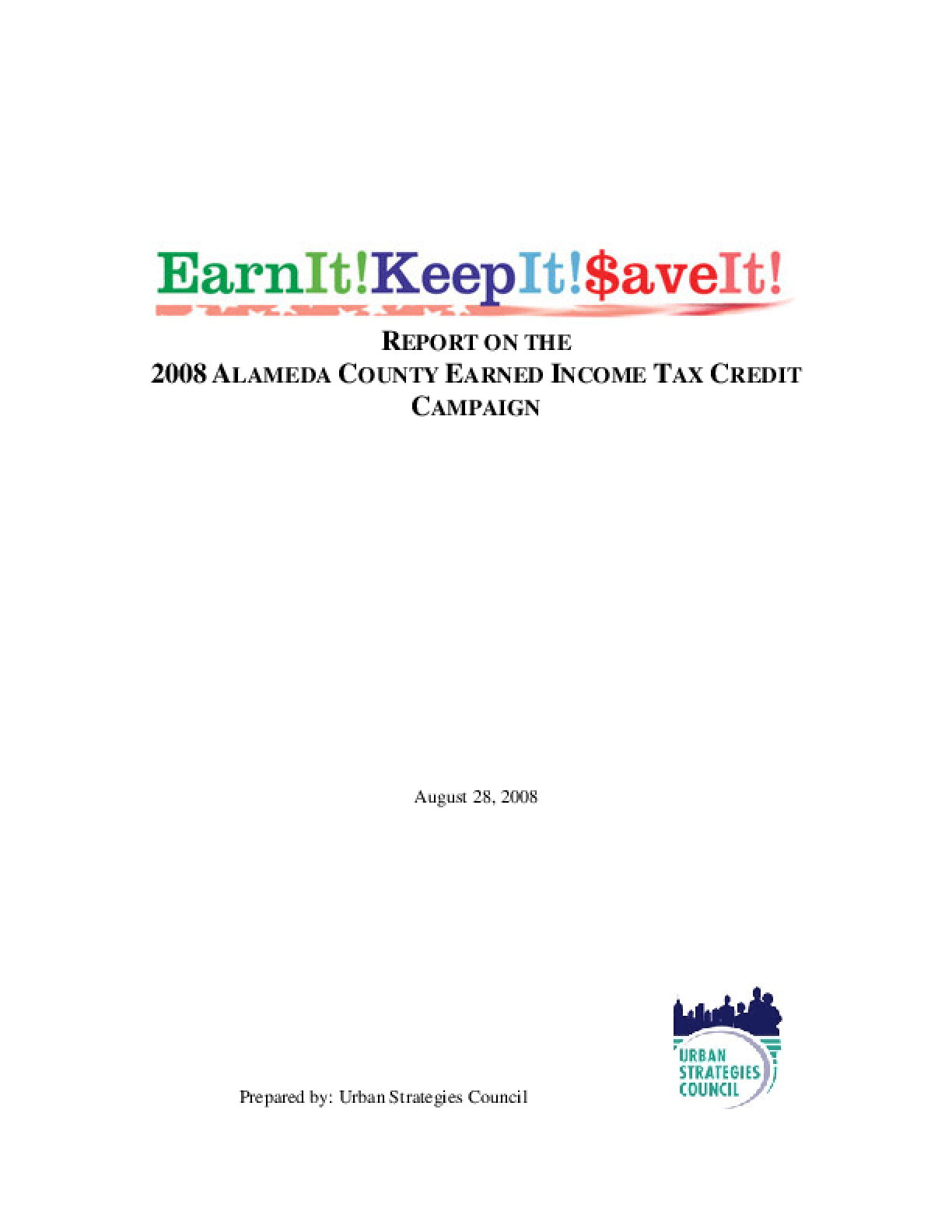