Since the mid-1990s - through six legislative sessions and three gubernatorial administrations - Alaska's lawmakers have made more than a half dozen attempts to privatize prisons. These attempts have met with unfavorable public opinion. To date, the strength of public opposition has prevailed, and all private prison proposals have been defeated. 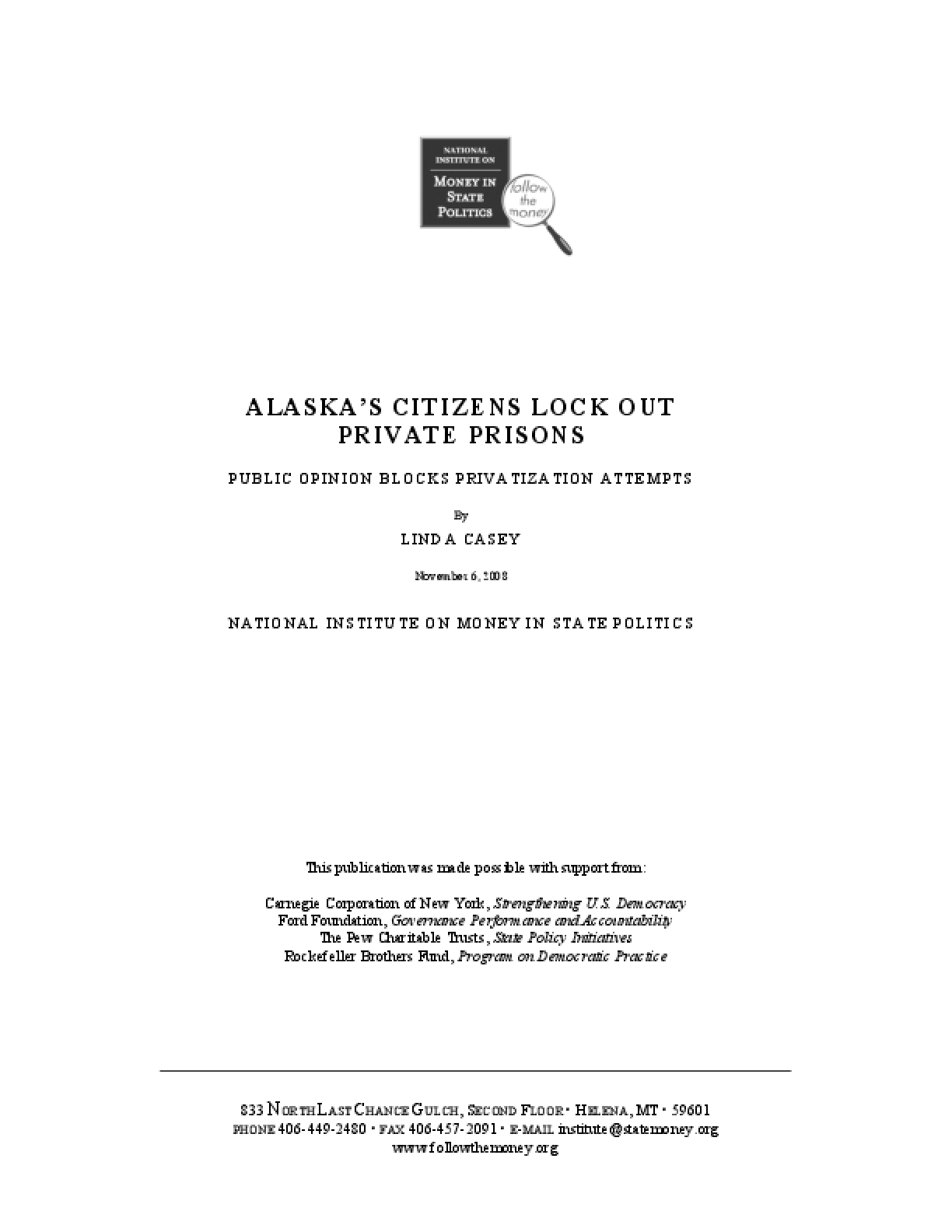