Alive and Kicking: Women's and men's respones to poverty and globalisation in the UK

This paper explores what it means to be poor in a country generally percieved as wealthy, and how poverty itself is shaped by people's gender identity and their relationships to a changing labour market. Some of the issues raised will also have a resonance in other contexts where paid employment has in the past been perceived as a predominantly male preserve 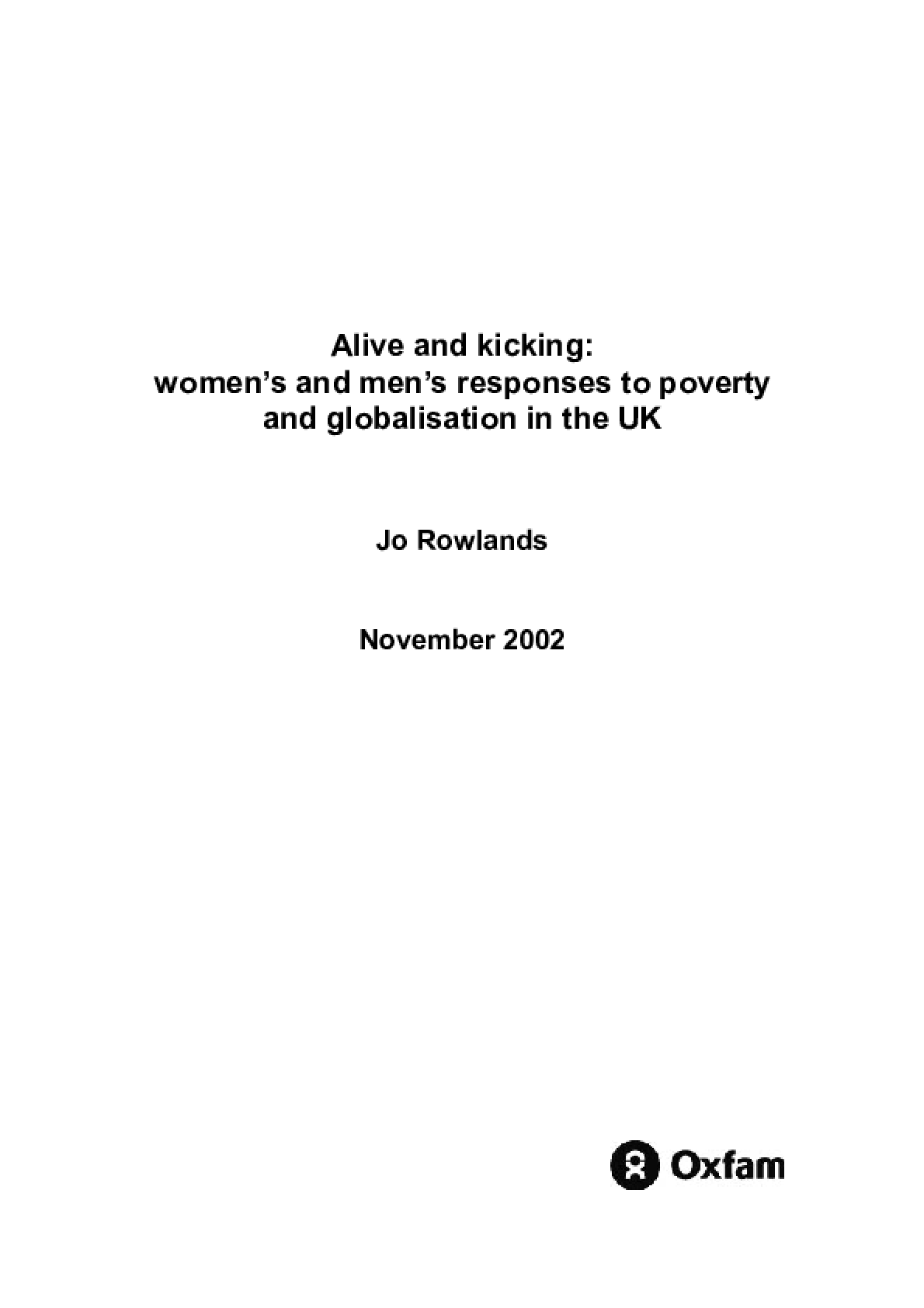