Poverty data from the American Community Survey were released on September 17, 2015, allowing a detailed examination of poverty in 2014 across the United States. These data reveal that child poverty has fallen slightly in the last year yet the longer term pattern of high child poverty persists. The levels of child poverty vary enormously along racial and ethnic lines though all groups have seen a recent drop. Similarly, declines are generally evident across place type and region, and for both young children (under age 6) and older children (age 12–17). In this brief, we discuss changes in child poverty between 2013 and 2014 and since 2009, just after the Great Recession ended. We next explore racial-ethnic variation in child poverty in the United States, paying particular attention to patterns by Census region as well as by child age and place type (rural, suburban, city residence). Additionally, we look at how the racial-ethnic composition of poor children compares to that of nonpoor children. Finally, we consider which racial and ethnic groups are, on average, deepest in poverty, with the biggest gap between family income and the poverty threshold. 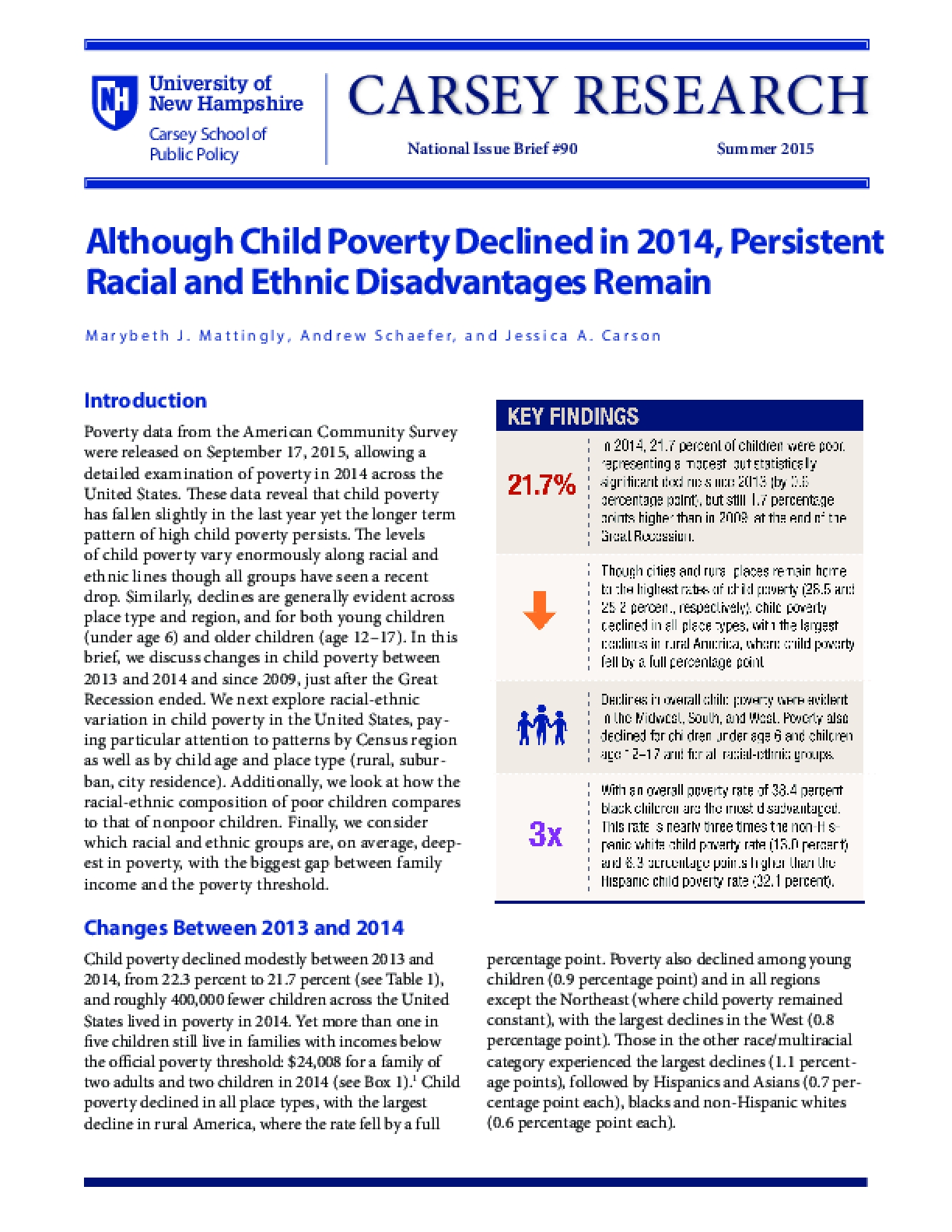