Always in Demand: The Economic Contributions of Immigrant Scientists and Engineers

With the U.S. economy in the midst of a prolonged slump, it's hard to believe that any industry would actually benefit from having more workers. But that is precisely the case when it comes to those industries which depend upon highly skilled scientists and engineers. The United States has long faced a dilemma in this respect: the U.S. economy is capable of absorbing more high-tech professionals than the U.S. educational system produces. That is one reason so many U.S. scientists and engineers are immigrants. In "STEM" occupations (science, technology, engineering, and mathematics), the foreign-born account for 26.1 percent of workers with PhDs and 17.7 percent of those with master's degrees. Even more U.S. scientists and engineers would be immigrants if not for the arbitrary limits imposed by the U.S. immigration system, particularly the inadequate supply of green cards and H-1B visas. Given that STEM professionals tend to create jobs through their innovative work, such limits are economically self-defeating. 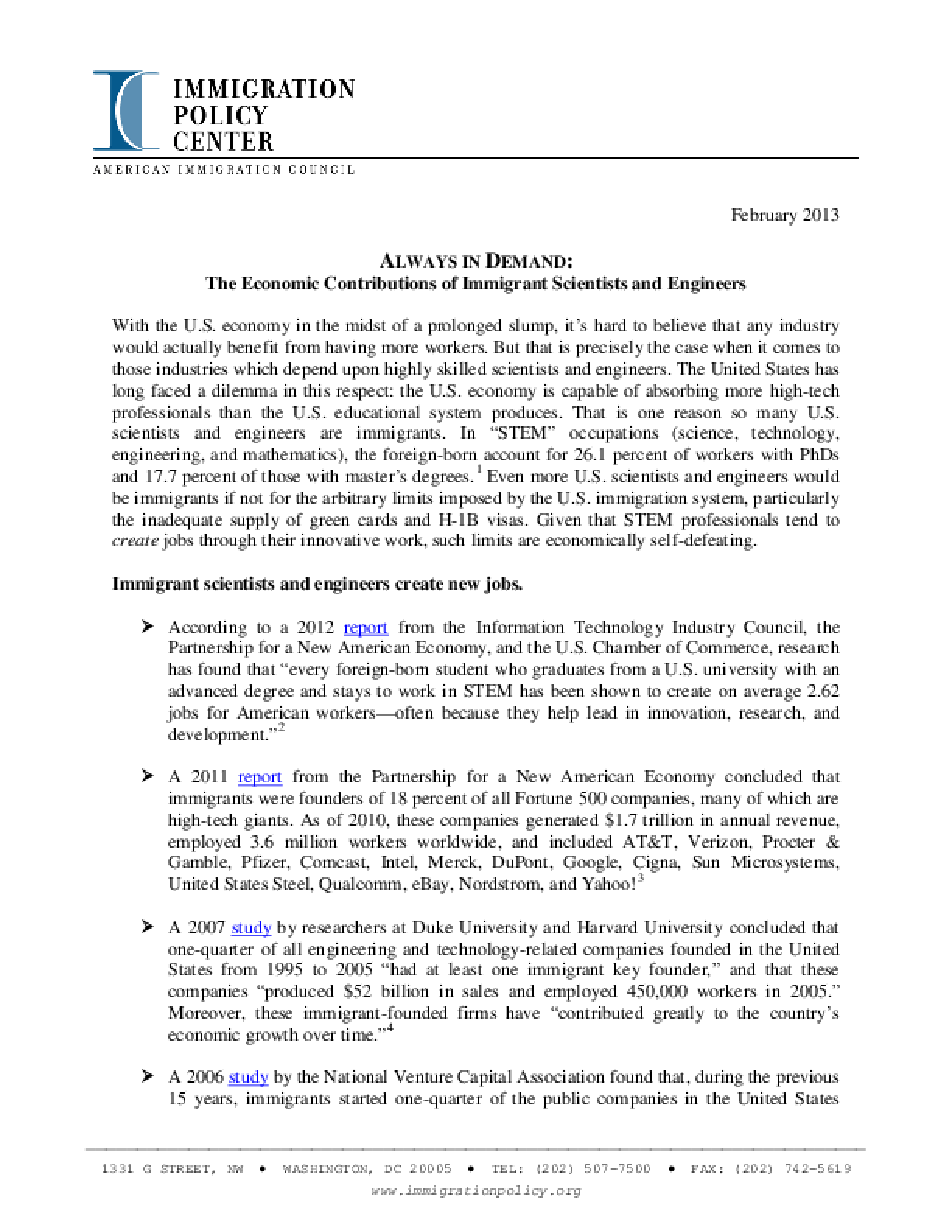