America’s Background Check System  and Ways to Improve It

In the aftermath of the horrific shooting at Marjory Stoneman Douglas High School on February 14, 2018, and the massacres in Sutherland Springs and Las Vegas in late 2017, the background check system and how it works has once again become the subject of public attention. That system exists because of the tireless work of Jim and Sarah Brady. Congress enacted the Brady background check system despite fierce opposition from the National Rifle Association (NRA). This system is the best and greatest defense America has against access to guns by dangerous people. It seems that consensus can be reached on few things in Washington, but this is one where consensus is almost unanimous: 97 percent of Americans believe that the background check system should be fortified.

The question before policy makers today is how to best strengthen this system, which has already blocked more than 3 million attempts to buy guns by people barred under law from having them. This report provides those answers, along with some key facts as to why the system needs improvements and the fixes that address those needs.

Real change in the National Instant Criminal Background Check System (NICS) requires: (1) Closing the legal gaps that today result in at least one in five guns being sold without a background check; (2) providing greater funding to state, tribal, and federal agencies for inputting records into the system; and (3) ensuring state, tribal, and federal agencies take greater responsibility for inputting all relevant records into the system in a timely manner by becoming more directly involved in conducting background checks themselves. Proposals to fix these issues are pending in Congress, or can be adopted by states, and should be brought to consideration in an omnibus fashion to solve these problems immediately and holistically.

There's no question it was all worth it. 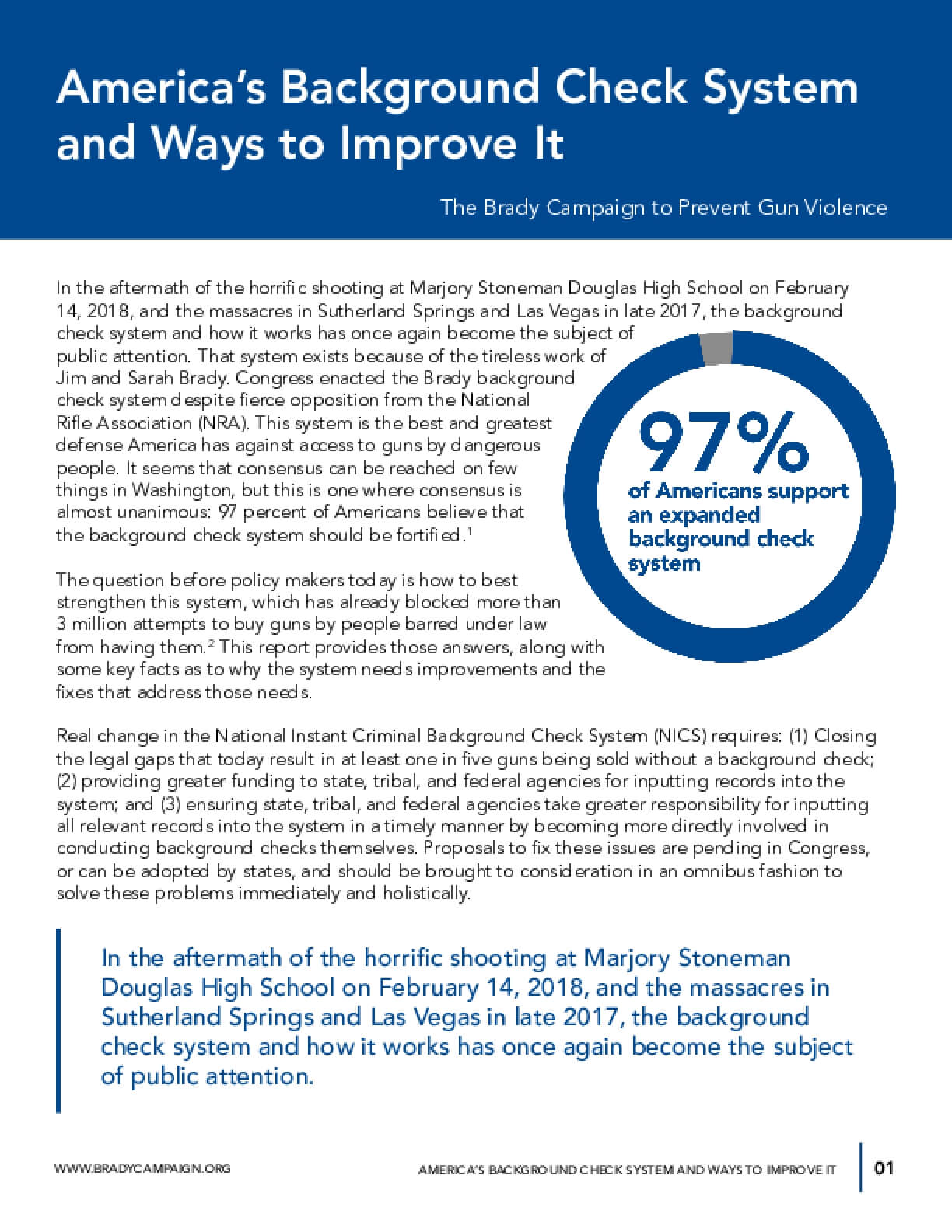