America's Complex Relationship With Guns: An In-depth Look at the Atttitudes and Experiences of U.S. Adults

A new Pew Research Center survey attempts to better understand the complex relationship Americans have with guns and how that relationship intersects with their policy views.

The survey finds that Americans have broad exposure to guns, whether they personally own one or not. At least two-thirds have lived in a household with a gun at some point in their lives. And roughly seven-in-ten – including 55% of those who have never personally owned a gun – say they have fired a gun at some point. Today, three-in-ten U.S. adults say they own a gun, and an additional 36% say that while they don't own one now, they might be open to owning a gun in the future. A third of adults say they don't currently own a gun and can't see themselves ever doing so.

To be sure, experiences with guns aren't always positive: 44% of U.S. adults say they personally know someone who has been shot, either accidentally or intentionally, and about a quarter (23%) say they or someone in their family have been threatened or intimidated by someone using a gun. Half see gun violence as a very big problem in the U.S. today, although gun owners and non-owners offer divergent views on this.

Gun owners and non-owners are also deeply divided on several gun policy proposals, but there is agreement on some restrictions, such as preventing those with mental illnesses and those on federal watch lists from buying guns. Among gun owners, there is a diversity of views on gun policy, driven in large part by party affiliation. 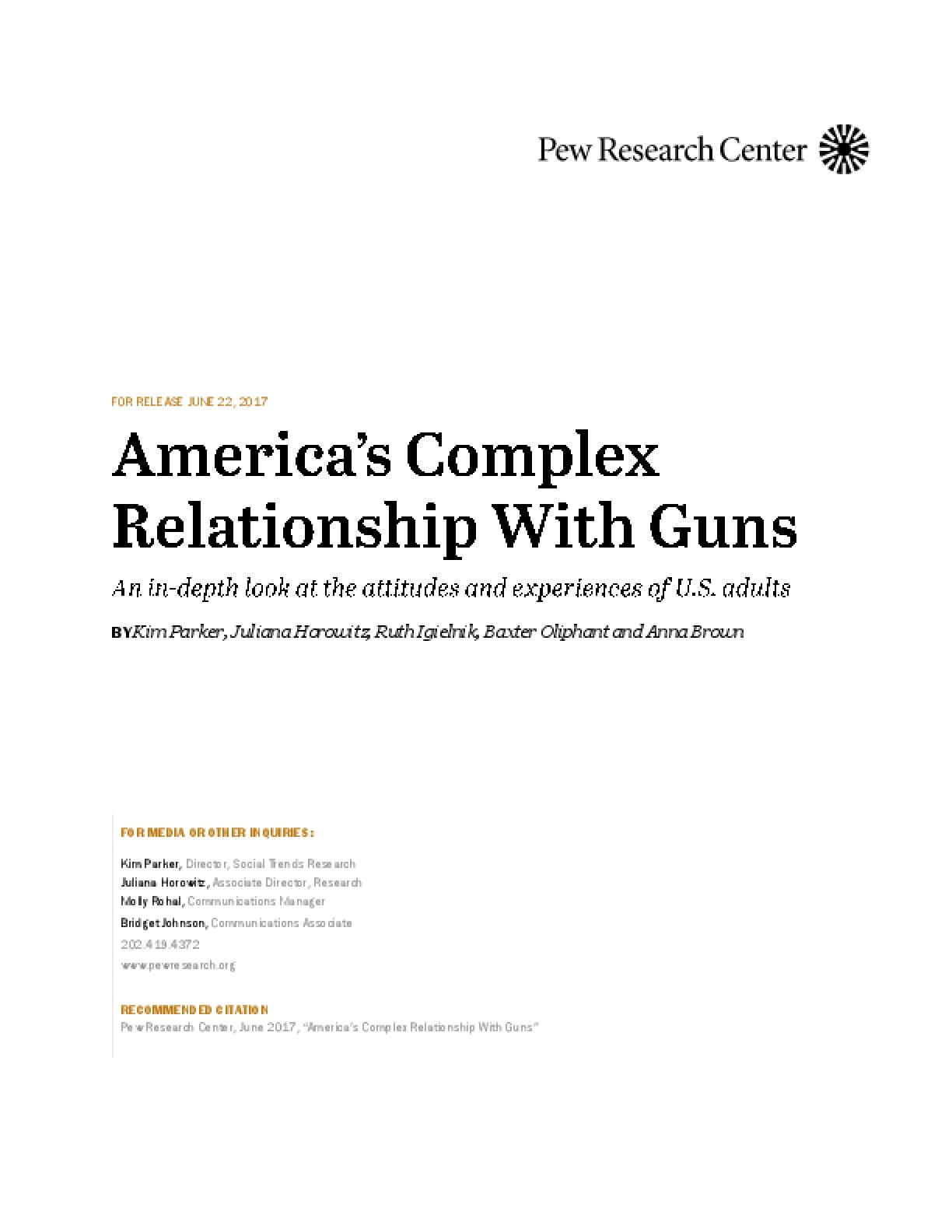