With numerous charts and graphs, this paper outlines the projected growth of various age segments of the U.S. population, showing that the native-born, working-age population will grow much more slowly than the foreign-born working-age population. The relative growth of the 65-and-over population will present economic challenges. In particular, the Social Security trust fund is projected to be depleted by 2034, assuming that current levels of immigration remain relatively constant. Policy changes will ultimately be needed to save the fund from depletion, including expanding the labor force by increasing immigration. In an aging population, there is a decline in workforce participation, which depresses economic growth. The arrival of working-age immigrants can counter, to some extent, the slowdown in economic activity as older workers retire. The relative demographic structure of immigrants vs. natives-with immigrants being more likely to be of working-age and to participate in the workforce-also impacts the federal budget. Modeling of a 2013 immigration reform bill found that the bill's legalization program and increase in legal immigration would reduce the federal deficit by $180 billion over 10 years. In general, though, current levels of immigration cannot entirely offset the economic and fiscal drag of our aging population. Liberalizing immigration will help, but other policy changes will be needed to reduce the federal deficit and stave off Social Security insolvency. 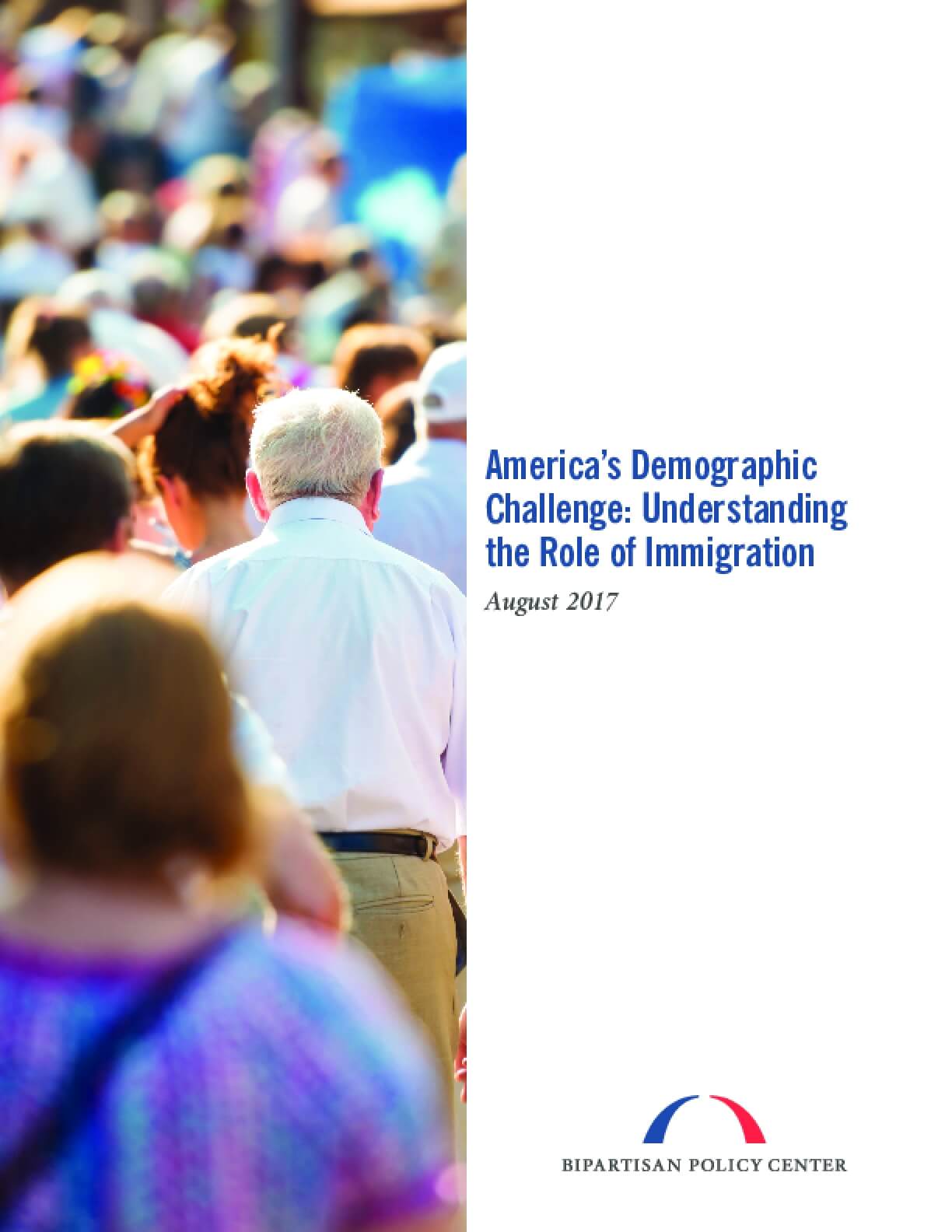