America faces an enormous public policy dilemma. On one hand we are expending a greater portion of our public dollars on incarcerating, punishing, treating, and controlling persons who are primarily from the lower economic classes in a futile effort to reduce crime. On the other hand, we have set in motion economic policies that serve to widen the gap between the rich and the poor and produce yet another generation of impoverished youths who will likely end up under the control of the correctional system. By escalating the size of the correctional system, we are also increasing the tax burden and diverting billions of dollars from those very public services (education, health, transportation, and economic development) that would reduce poverty, unemployment, crime, drug abuse, and mental illness. Until the long-term consequences of such a controversial and deliberating public policy are recognized and reversed, the hope for a "kinder and gentler" America will be yet another "unmet promise." 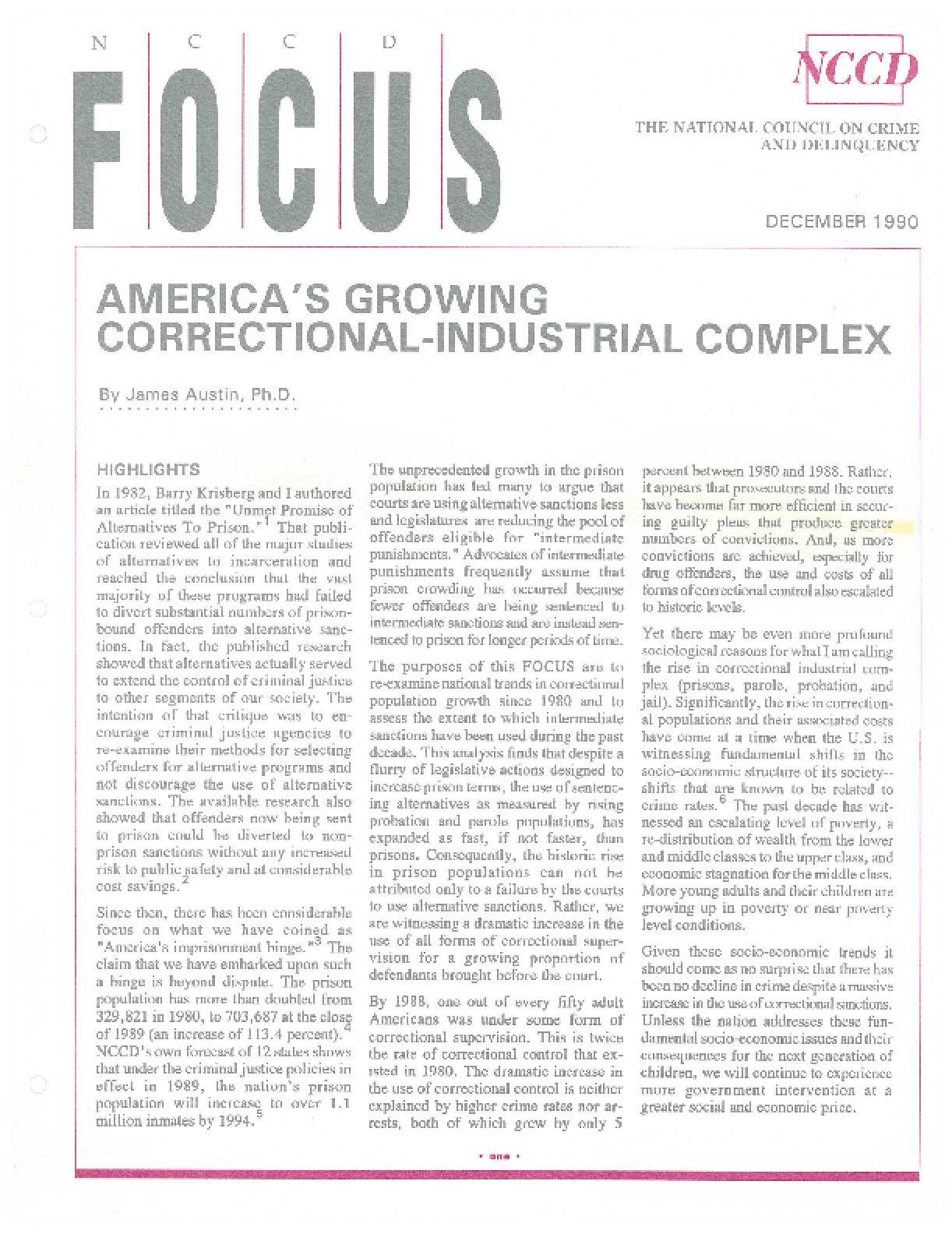