The report concludes with reflections on the findings and implications for addressing affective polarization. 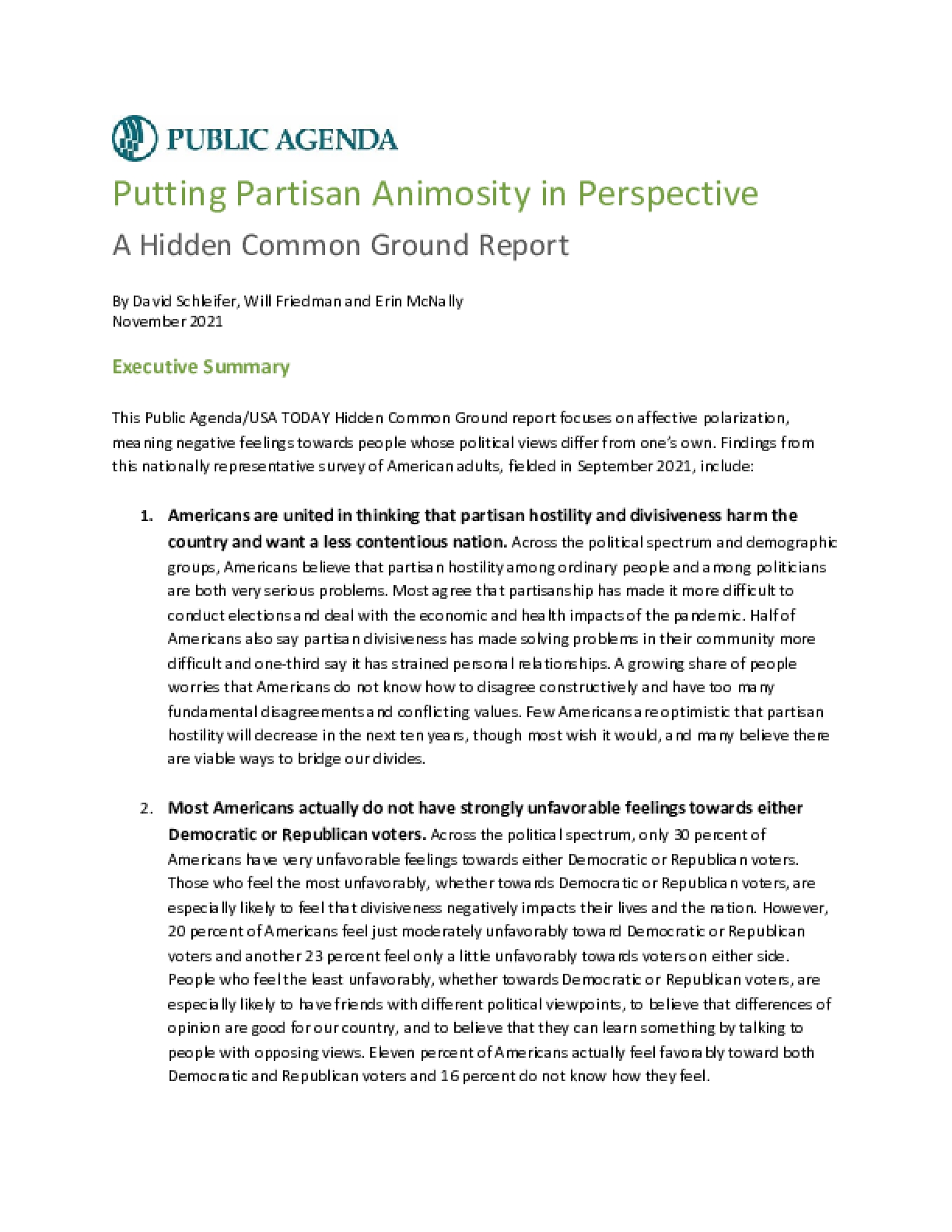