This report explores some of the most financially disadvantaged school districts in the country and identifies a typology of conditions that have created or reinforced their disadvantage. Financially disadvantaged districts are those that serve student populations with much greater-than-average need but do so with much less-than average funding. The Education Law Center of New Jersey's annual report, "Is School Funding Fair? A National Report Card," uses a panel of the most recent three years of U.S. Census Bureau Fiscal Survey data on state and local revenues per pupil in order to determine which states achieve systematically greater funding per pupil in districts serving higher student poverty concentrations and which states maintain school funding systems where higher poverty districts have systematically fewer resources per pupil. The same data have been used in follow-up analyses to identify the local public school districts across states that are saddled with greater-than-average student needs and less-than-average state and local revenue.2 As one might expect, numerous poorly funded local public school districts exist in the least fairly funded states. That is, where a state school finance system is such that higher-need districts on average have lower state and local revenue, there tends to be more high-need districts with lower state and local revenue. And as it turns out, there are unfairly funded districts in what are traditionally viewed as fairly funded states. In other words, poorly funded local public school districts exist in states where school finance systems are, on average, progressive. This report looks at why this happens -- and what can be done about it. 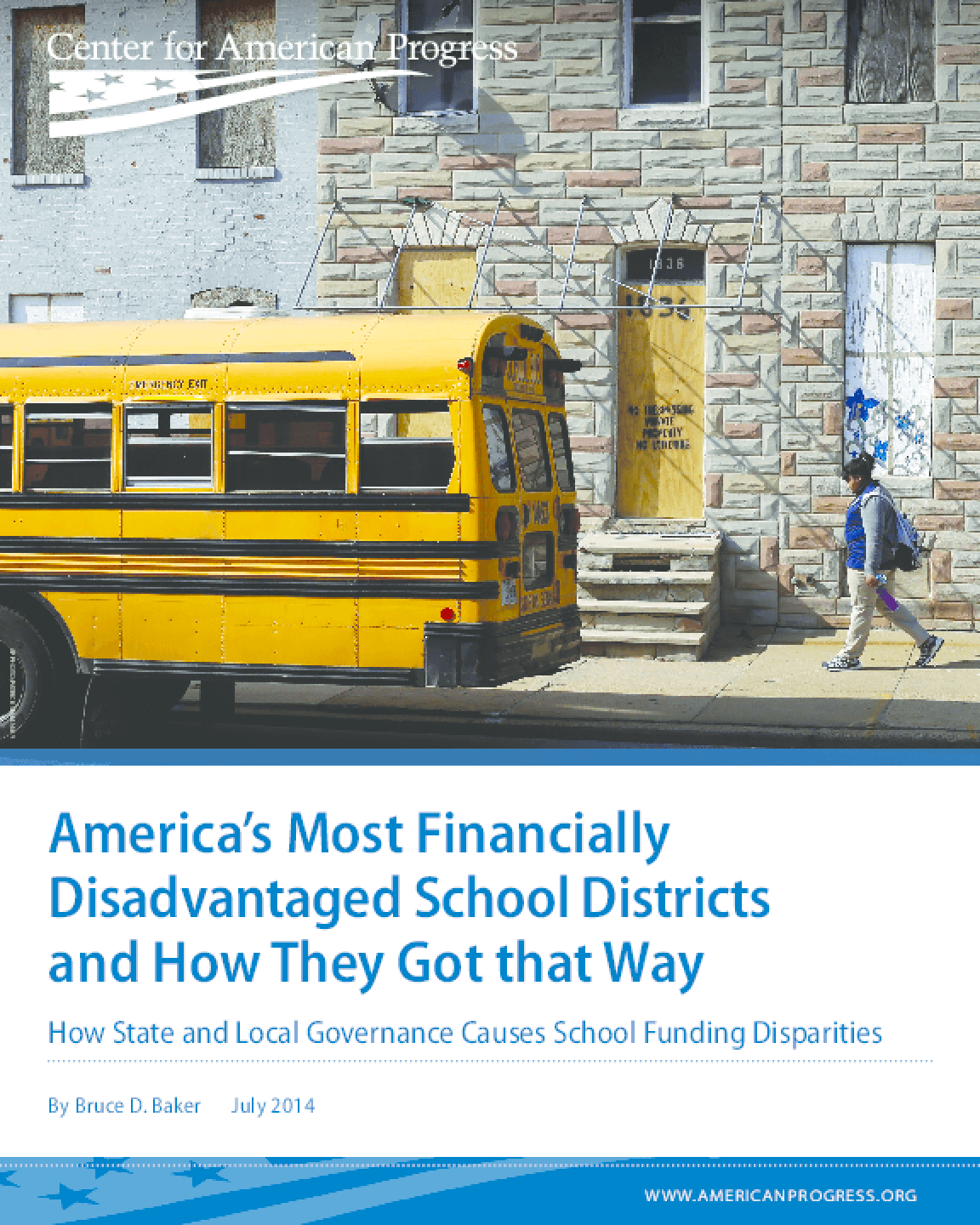