The American middle class is losing ground in metropolitan areas across the country, affecting communities from Boston to Seattle and from Dallas to Milwaukee. From 2000 to 2014 the share of adults living in middle-income households fell in 203 of the 229 U.S. metropolitan areas examined in a new Pew Research Center analysis of government data. The decrease in the middle-class share was often substantial, measuring 6 percentage points or more in 53 metropolitan areas, compared with a 4-point drop nationally.

The shrinking of the middle class at the national level, to the point where it may no longer be the economic majority in the U.S., was documented in an earlier analysis by the Pew Research Center. The changes at the metropolitan level, the subject of this in-depth look at the American middle class, demonstrate that the national trend is the result of widespread declines in localities all around the country.

This report encompasses 229 of the 381 "metropolitan statistical areas" as defined by the federal government. That is the maximum number of areas that could be identified in the Census Bureau data used for the analysis and for which data are available for both 2000 and 2014 (an accompanying text box provides more detail). 1Together, these areas accounted for 76% of the nation's population in 2014. 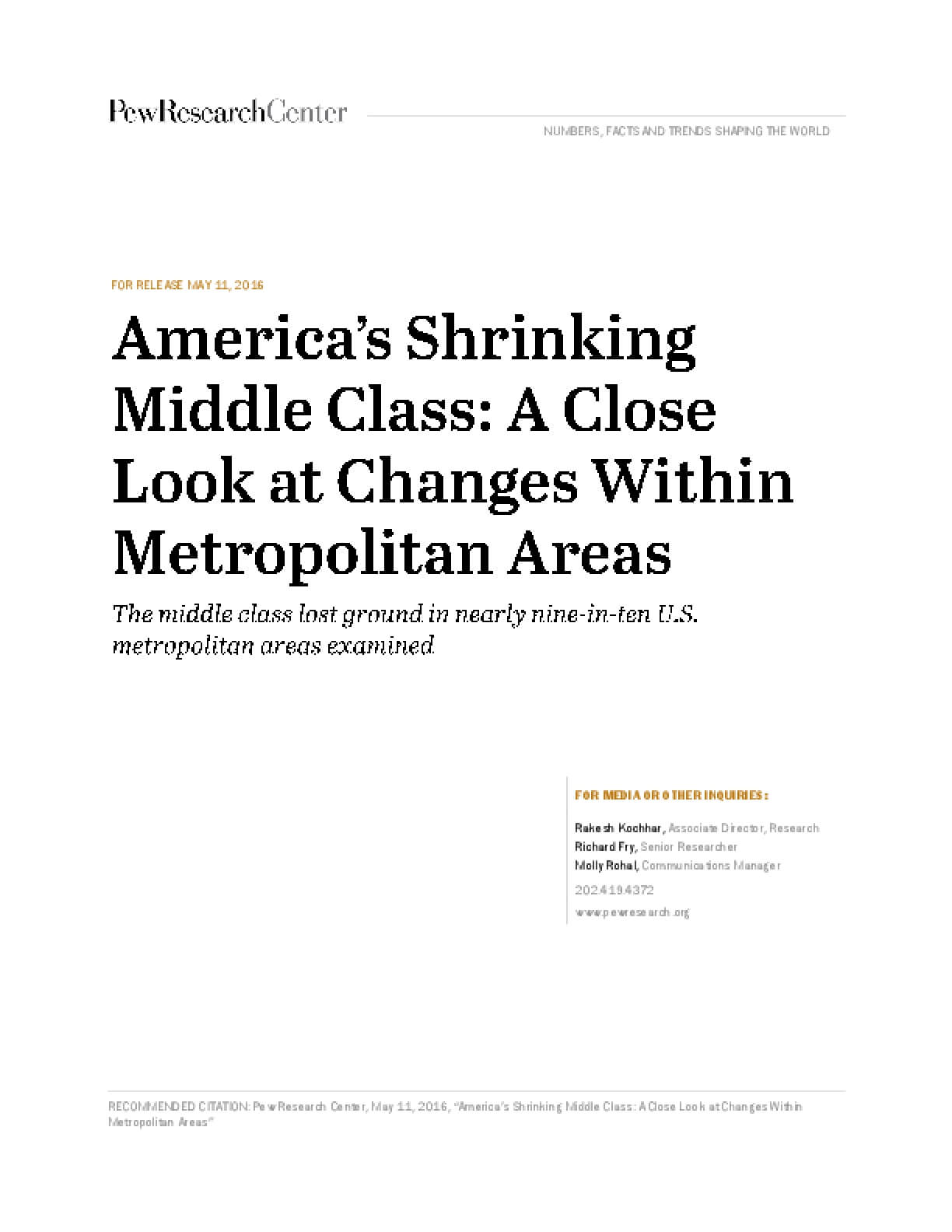