America's Underinsured: A State-by-State Look at Health Insurance Affordability Prior to the New Coverage Expansions

The Affordable Care Act insurance reforms seek to expand coverage and to improve the affordability of care and premiums. Before the implementation of the major reforms, data from U.S. census surveys indicated nearly 32 million insured people under age 65 were in households spending a high share of their income on medical care. Adding these "underinsured" people to the estimated 47.3 million uninsured, the state share of the population at risk for not being able to afford care ranged from 14 percent in Massachusetts to 36 percent to 38 percent in Idaho, Florida, Nevada, New Mexico, and Texas. Nationally, more than half of people with low incomes and 20 percent of those with middle incomes were either underinsured or uninsured in 2012. The report provides state baselines to assess changes in coverage and affordability and compare states as insurance expansions and market reforms are implemented. 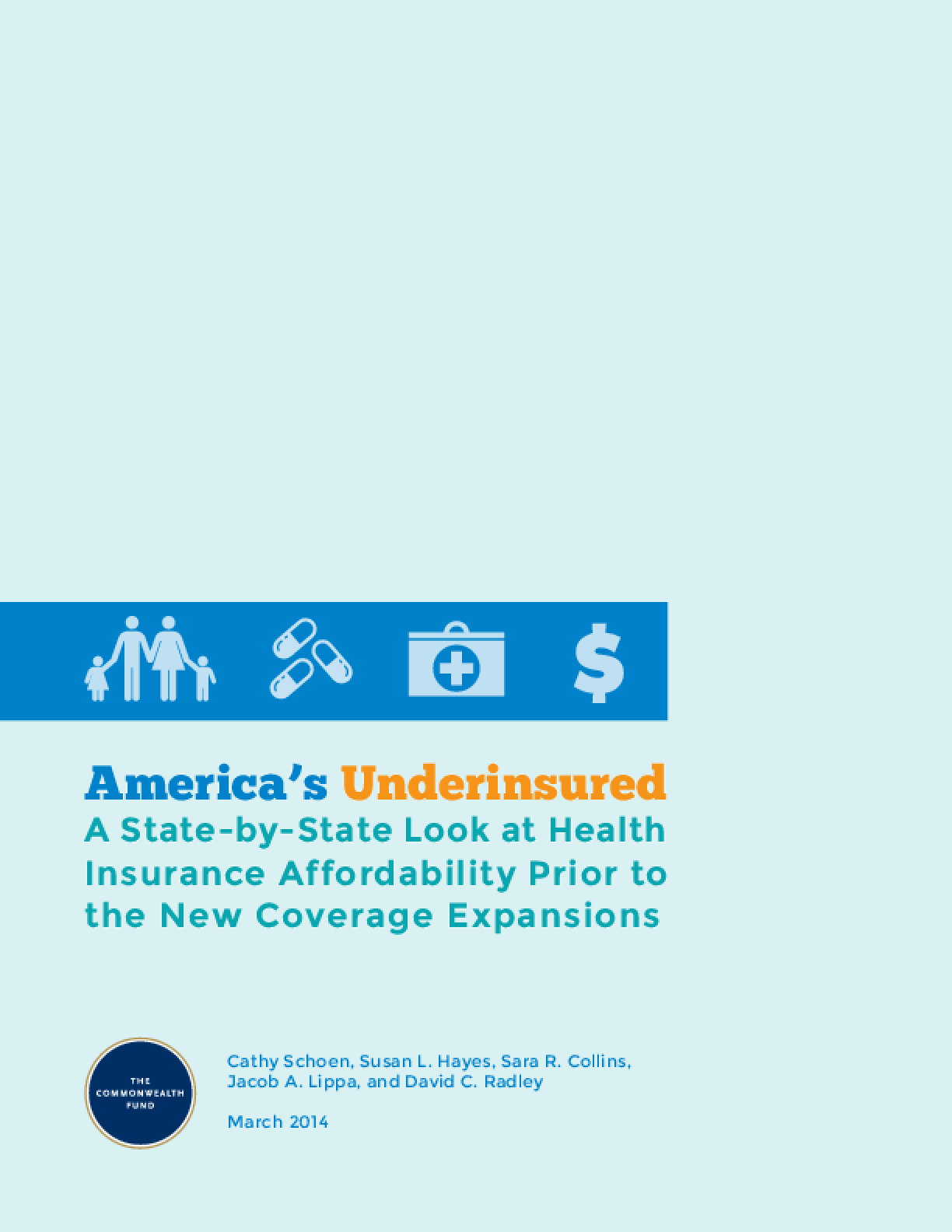