America The Vulnerable: The Problem of Duplicate Voting

The Government Accountability Institute (GAI) attempted to obtain public voter roll information from all 50 states to independently test for duplicate voting in the 2016 presidential election. Duplicate voting is one type of voter fraud, defined as an individual casting more than one ballot. There are currently no government agencies or private entities that compare all state voter rolls to detect duplicate voting fraud.

GAI partnered with two reputable data analytics firms to perform the voter roll comparisons and duplicate voting matches. However, GAI was unable to conduct a comprehensive review since a complete data set of state voter rolls is currently unobtainable. Access to public voting data varies widely among state elections officials. Some share it freely, while others impose exorbitant costs or refuse to comply with voter information requests. 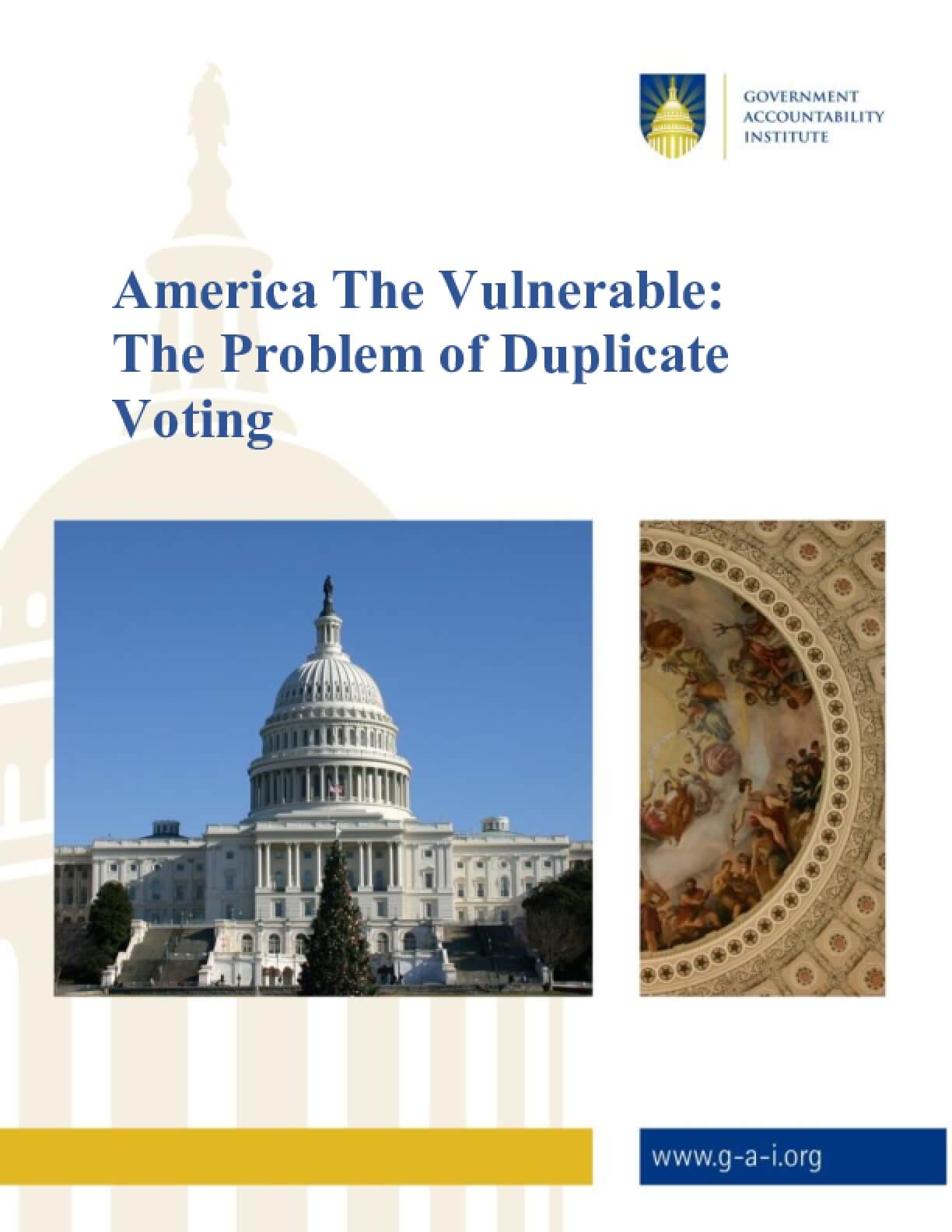