America Under the Gun: A 50-State Analysis of Gun Violence and its Link to Weak State Gun Laws

n the aftermath of mass shootings and other gun-related tragedies, there is often a surge of interest on the part of community leaders, social-science researchers, and elected officials to root out the causes of gun violence in an effort to prevent such tragedies from occurring again. Any study into the causes of gun violence is necessarily complicated, however, as there are innumerable factors that contribute to the nature and prevalence of gun-related violence in any community.

The data analyzed in this report relate to the following 10 indicators of gun violence:

7. Law-enforcement agents feloniously killed with a firearm from 2002 through 2011

8. Aggravated assaults with a firearm in 2011

Using these data, we rank each state according to the rate of each indicator of gun violence and create an overall ranking of the states across all 10 indicators, resulting in an overall state ranking for the prevalence of gun violence. Finally, we compare this overall state gun-violence ranking with a Law Center to Prevent Gun Violence ranking of states based on the strength of their gun laws.

Our analysis determined that the following are the 10 states, by rank, that suffer the highest levels of gun violence:

The Law Center to Prevent Gun Violence analysis shows that eight of these states are among the 25 states with the weakest gun laws.

While the strength of a state's gun laws is just one factor in the prevalence of gun-related violence in the state and cannot alone account for gun violence, there is a clear link between weak gun laws and high levels of gun violence across the United States. 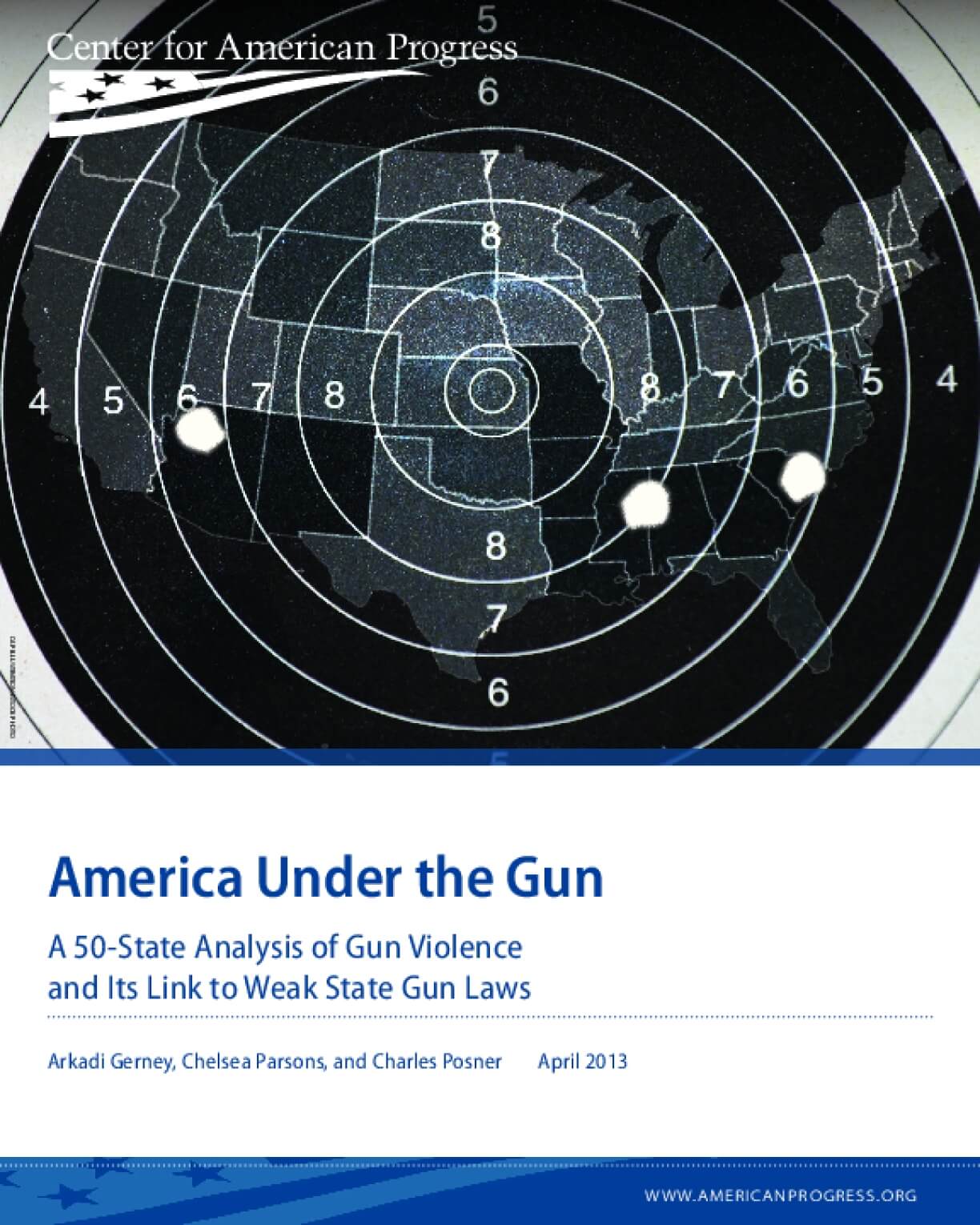