The Robina Institute of Criminal Law and Criminal Justice is pleased to announce new research on American Exceptionalism in Probation Supervision, published today in a Data Brief by Mariel Alper, Alessandro Corda, and Kevin R. Reitz. This is the first in a series of Data Briefs that will compare community supervision rates in the United States and Europe.

It is well known that the U.S. leads the world in incarceration rates. This Data Brief shows that, compared with Europe, America is similarly "exceptional" for its high rates of probation supervision. The average probation supervision rate for all fifty states is more than five times the average rate for all European countries included in the most recent Council of Europe data. Several U.S. States with the highest rates of probation supervision (e.g., Ohio, Rhode Island, Idaho, and Indiana) have rates that are eight-to-nine times the average European rate. Such stark differences exist despite the fact that many countries in Europe have overall crime rates that are quite similar to the U.S. 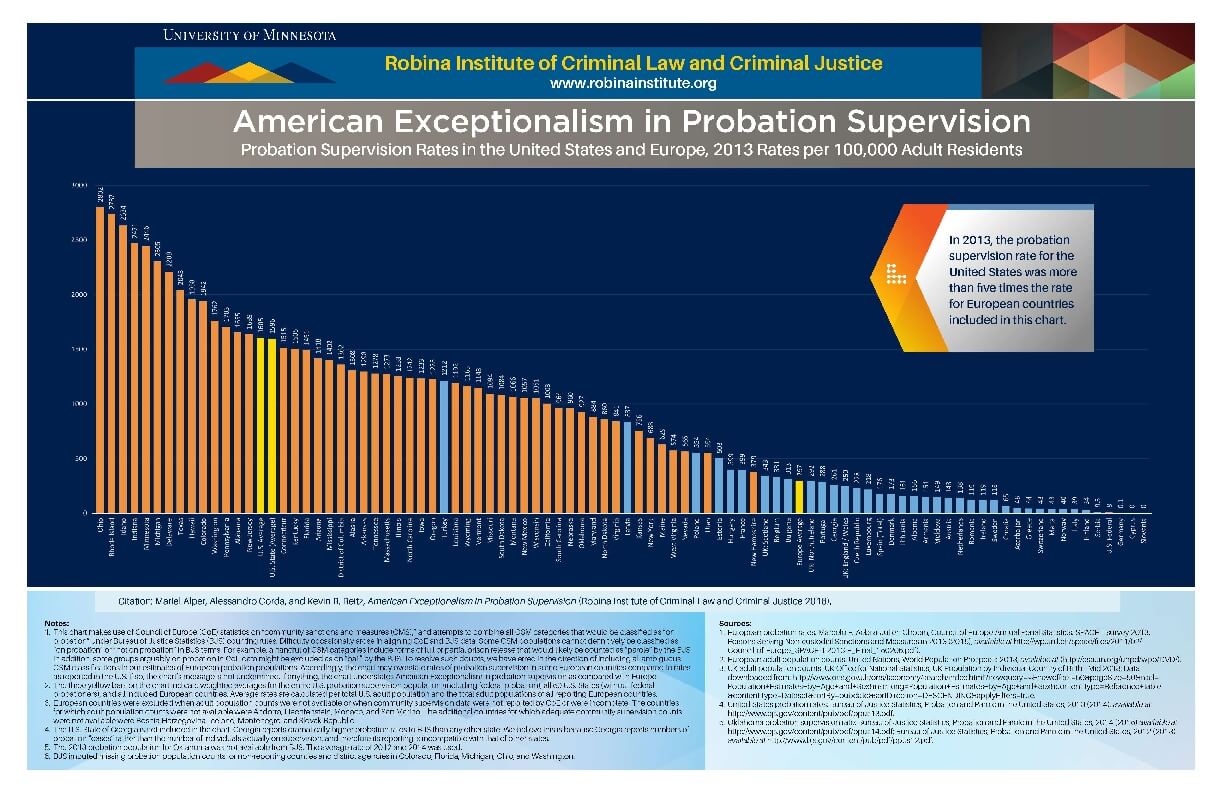