The American Recovery and Reinvestment Act of 2009 (ARRA) -- commonly called the Economic Stimulus Package -- is the most comprehensive economic recovery legislation in the United States since the New Deal of the 1930s. The Congressional Black Caucus Foundation has prepared this resource guide to highlight some of the major provisions within ARRA that are critical to the African-American community. The CBCF supports ARRA because it provides vital resources for improving the circumstances of African Americans who have been disproportionately affected by the current economic crisis. 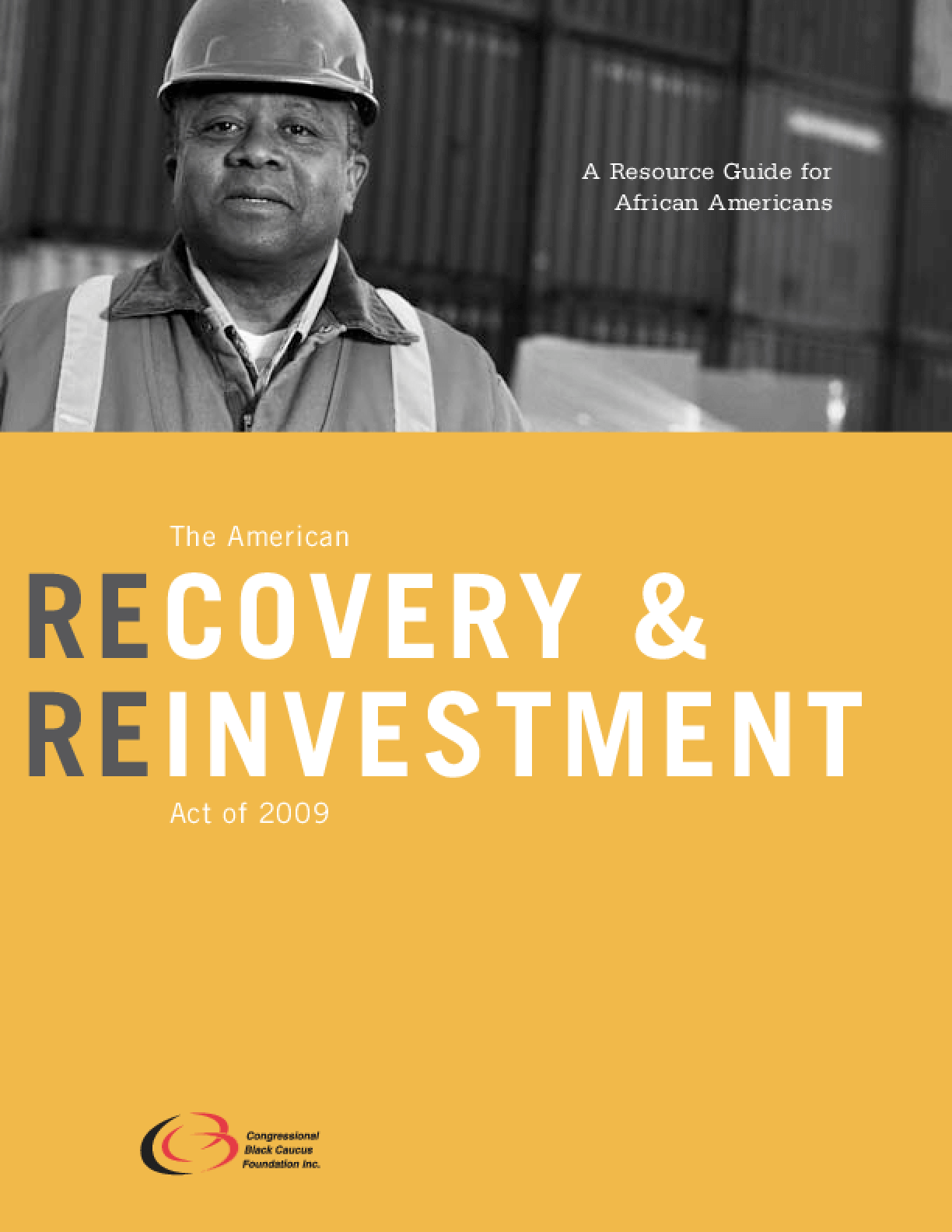