More than 10 murder-suicides, almost all by gun, occur each week in the United States, according to "American Roulette: Murder-Suicide in the United States", a new study by the Violence Policy Center (VPC). The study used a national news clipping service and Internet survey tools to collect incidents nationwide from January 1, 2005, through June 30, 2005, and is one of the largest and most comprehensive studies ever conducted on murder-suicide. During this six-month period, at least 591 Americans died in 264 murder-suicides, and almost all murder-suicides (92 percent) involved a firearm. Using these figures, the VPC estimates that nearly 1,200 Americans die each year in murder-suicides. VPC Legislative Director Kristen Rand states, "Murder-suicide wreaks havoc on hundreds of American families each year. Much more needs to be done to understand and prevent murder-suicide. One key aspect of prevention is reducing access to firearms, by far the weapon of choice in murder-suicide." 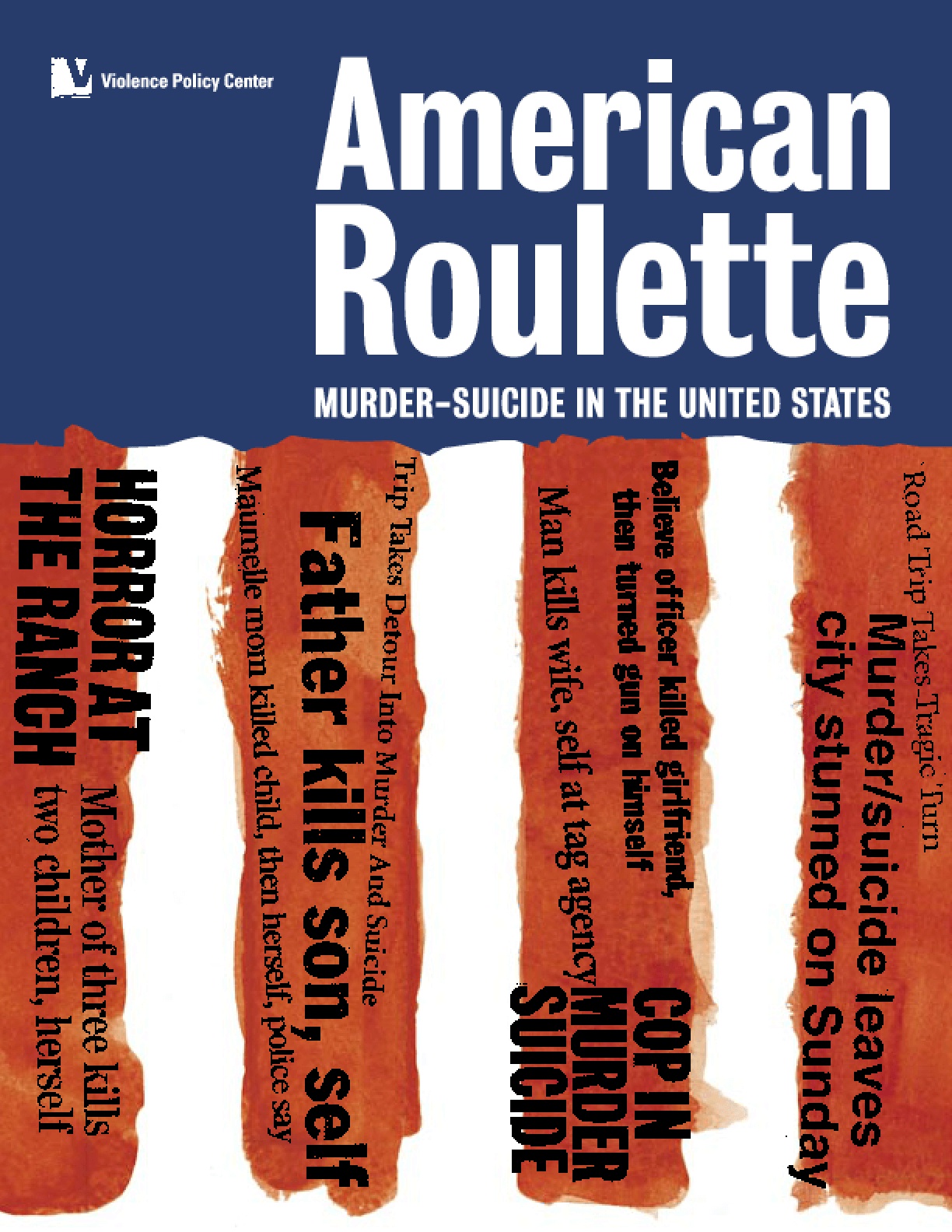