American Seed Business, the Rockefeller Foundation, and Indian Seed Development in the 1960s

Many stories about green revolutions in South America and Asia revolve around the Rockefeller Foundation and Ford Foundation and their seed research. The materials of the Rockefeller Archive Center have proven to be a rich source for researchers studying the influence of foreign policy actors on agricultural development policy in the Global South. Yet, this research has not included multinational corporations as potential partners of U.S. foreign policy makers and philanthropic foundations in the dissemination of ideas and practices of 'modern agriculture'. This is linked to the understanding of the dissemination of Green Revolution seeds as the spread of a public good. My research has revealed that this was not always the case. It shows that ideas of seed accessibility as a public good competed with ideas and ideals of an effective market economy. Following the ideal of the superiority of a free market, some of the staff of the Rockefeller Foundation in India valued highly the participation of private corporations in their projected ability to effectively organize and market goods. In order to drive technological change in Indian agriculture, especially in maize cultivation, the Rockefeller Foundation relied on U.S. seed companies to increase hybrid seed production. In doing so, the Rockefeller Foundation acted similar to a chamber of commerce by establishing contacts for U.S. corporations with government officials in the US and India, and actively recruited and advised companies to enter the Indian market. 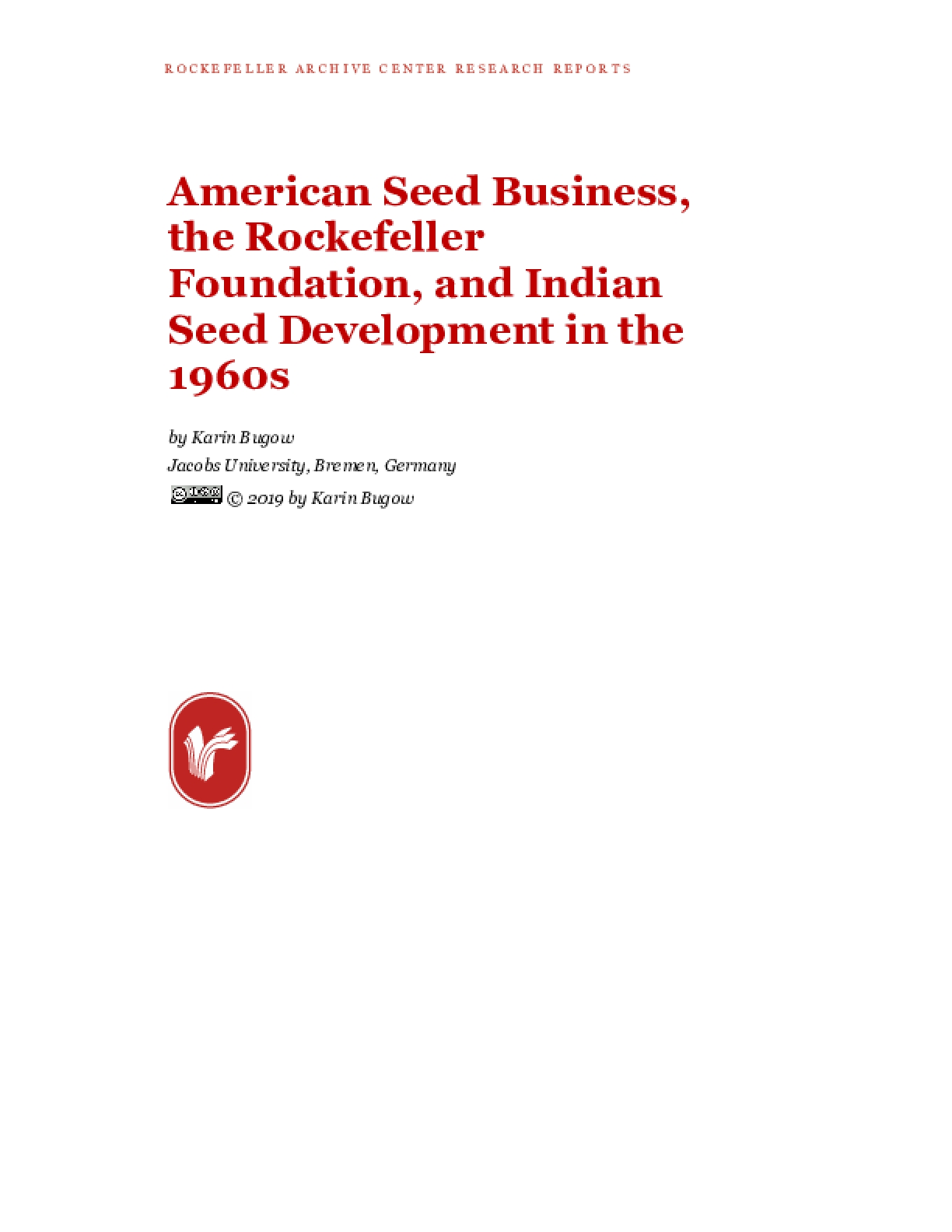