Technological advances have made it easier for Americans to connect with each other and to find information, including details about the major issues facing the country. But those advances present both challenges and opportunities for individuals and U.S. institutions. Not only is more information readily available, but so is more misinformation, and many consumers may not be able to easily discern the difference between the two.

Amid the changing informational landscape, media trust in the U.S. has been eroding, making it harder for the news media to fulfill their democratic responsibilities of informing the public and holding government leaders accountable. Results of the 2017 Gallup/Knight Foundation Survey on Trust, Media and Democracy show that most Americans believe it is now harder to be well-informed and to determine which news is accurate. They increasingly perceive the media as biased and struggle to identify objective news sources. They believe the media continue to have a critical role in our democracy but are not very positive about how the media are fulfilling that role.

The research reported here is based on a nationally representative mail survey of more than 19,000 U.S. adults aged 18 and older. This project received support from the John S. and James L. Knight Foundation, the Ford Foundation, the Bill & Melinda Gates Foundation and Open Society Foundations. 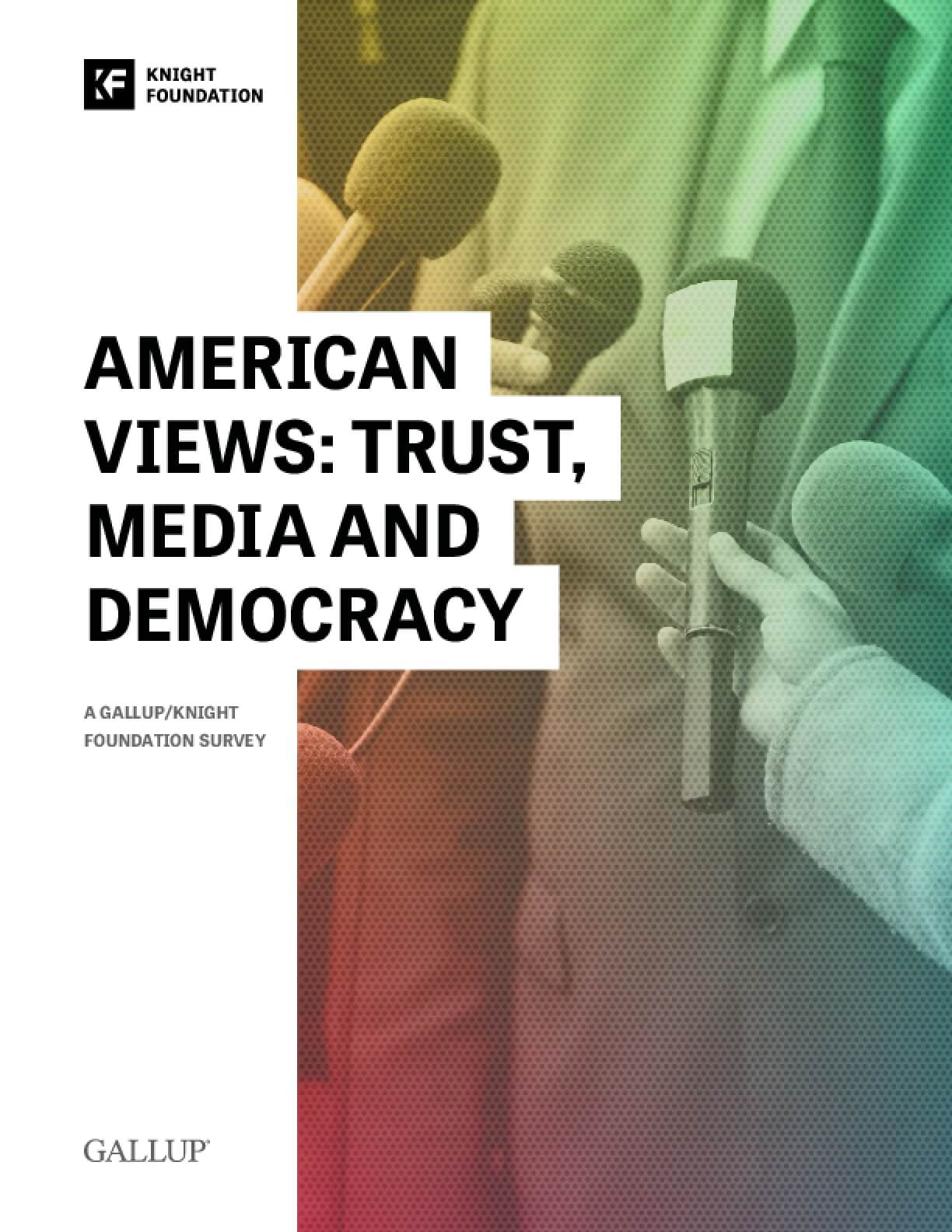