Americans' Experiences in the Health Insurance Marketplaces: Results from The First Three Months

Conducted December 11–29, 2013, The Commonwealth Fund's second Affordable Care Act Tracking Survey interviewed a nationally representative sample of adults who are potentially eligible for the health reform law's new insurance options, whether private plans or Medicaid. Results show that by the end of December, 24 percent of potentially eligible adults had visited a marketplace to find a plan. The first survey, conducted in October, had found that 17 percent of people potentially eligible for coverage had visited the marketplaces during the first month of open enrollment. By the end of December, 41 percent of visitors were ages 19 to 34, and 77 percent reported being in good health. People's ability to compare benefits and premiums improved between October and December, but many reported challenges in plan selection. A majority of respondents say they are determined to gain coverage by the end of this year's open enrollment period. 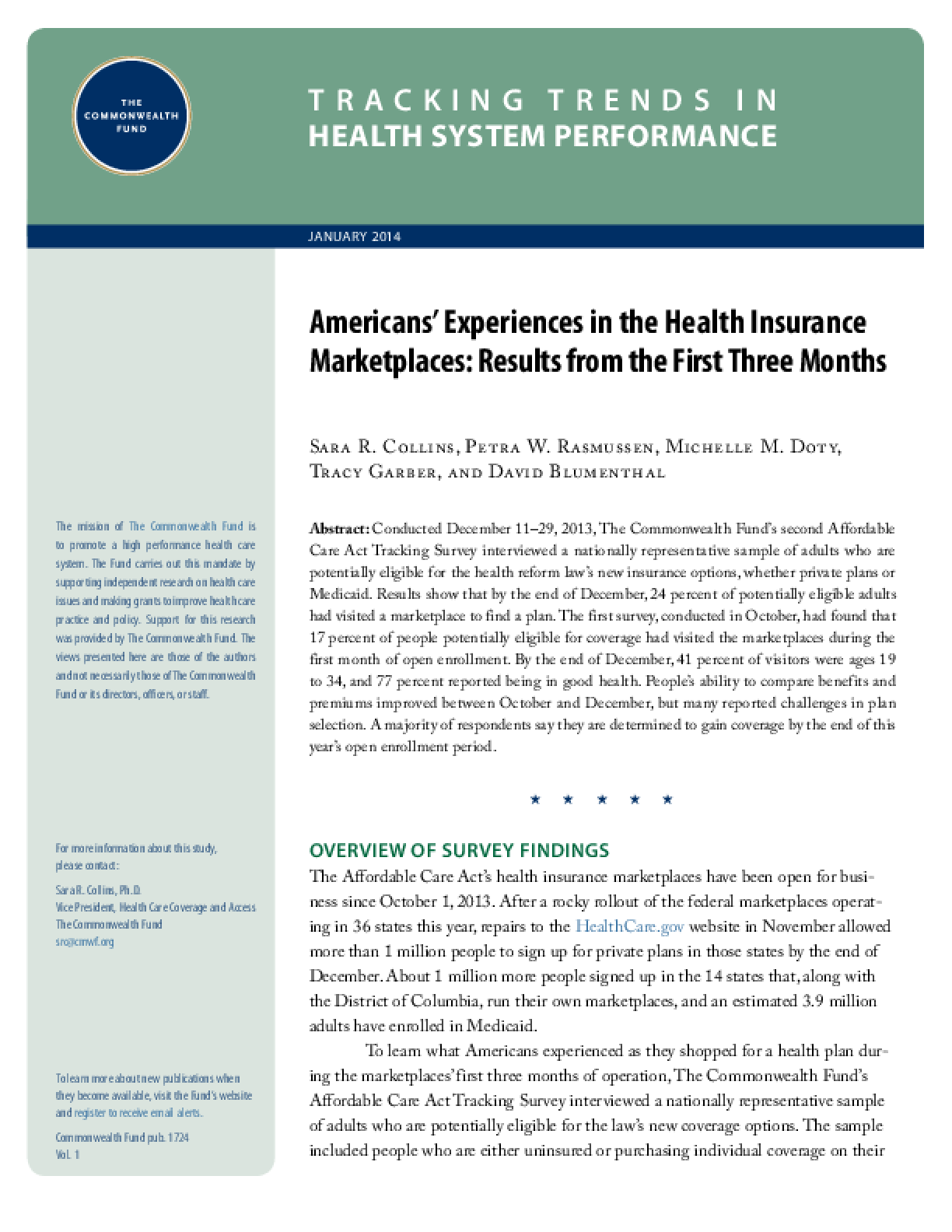